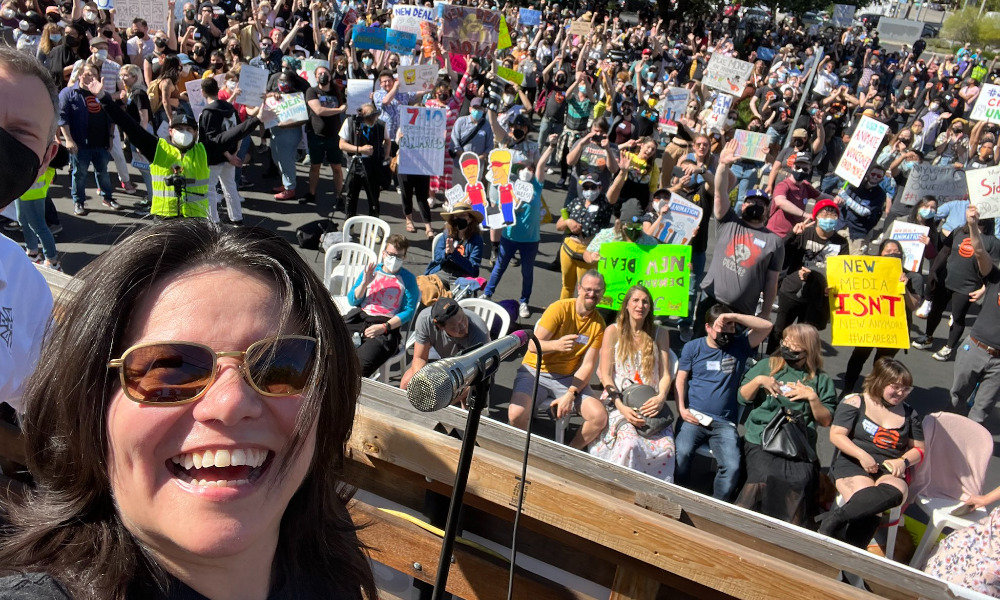 This Sunday, hundreds of members and supporters of The Animation Guild, IATSE Local 839 (animationguild.org), gathered in Burbank, Calif. to rally in support of TAG’s new contract demands from the Alliance of Motion Picture & Television Producers. Following talk delays caused by COVID-19 and an unprecedented 12 days of negotiations, TAG continues to push for a #NewDeal4Animation. Speakers included reps from IATSE, TAG and the Negotiations Committee.

The Guild is asking AMPTP for a contract that provides more equitable compensation to animation employees, compared to live-action workers. Some of the key items include improved terms for those working on animated “new media” projects, including online streaming and other experimental platforms; appropriate pay and benefits for animation writers, both staff and short-term; and streamlining the classification of storyboard artists. For now, progress on these discussions is under media blackout, but COVID production hold ups and increased demand for animated content should lend weight to TAG’s position. 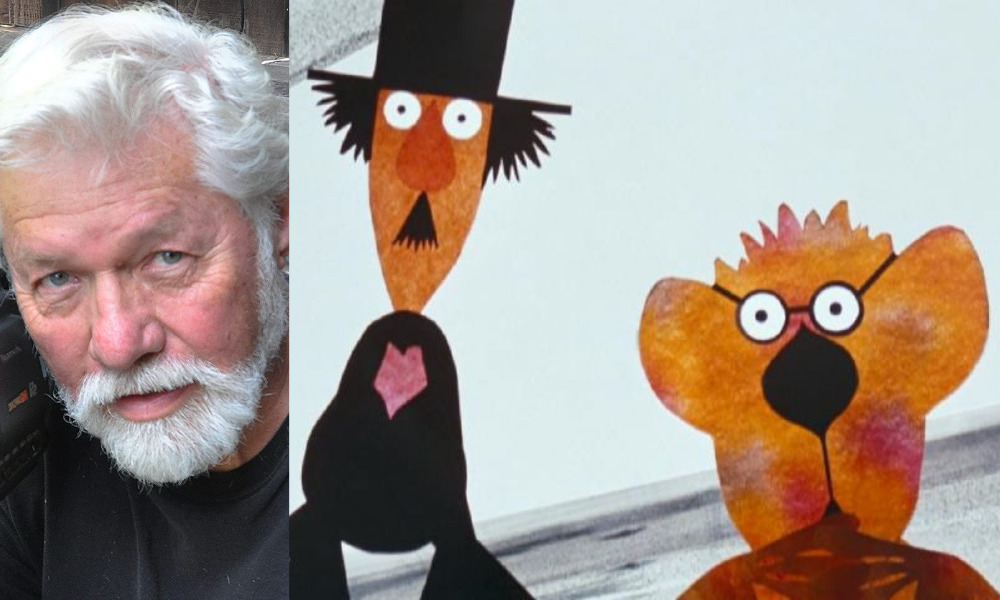 John Korty’s feature film Twice Upon a Time was distributed by Warner Bros. in 1983

Oscar- and Emmy-winning filmmaker/documentarian/animator John Korty died March 9 at his home in Point Reyes Station, Calif., at age 85. Korty’s passing was reported by the Marin Independent Journal. His notable works include the award-winning documentary feature Who Are the DeBolts?, docu short Breaking the Habit, The Autobiography of Miss Jane Pittman and Go Ask Alice. He is survived by his wife Jane Silvia; children Jonathan, David and Gabriel Korty; and siblings Doug and Nancy Korty.

Born in Lafayette, Indiana, Korty started out as an animator for TV commercials while still studying at Antioch College in Ohio, developing a blended style of cut-out, mixed media and experimental imaging methods which he used throughout his career. In the 1970s and ’80s, his San Francisco studio Korty Films produced animated shorts that appeared in Sesame Street and The Electric Company, including the science themed “Thelma Thumb” segments, using his “Lumage” backlit cut-out technique. He directed the surrealist fantasy-comedy feature Twice Upon a Time (with Charles Swenson, produced by George Lucas) in 1983, but did not return to animation until the early 2000s when he created the “Brock and Throck” webtoons. 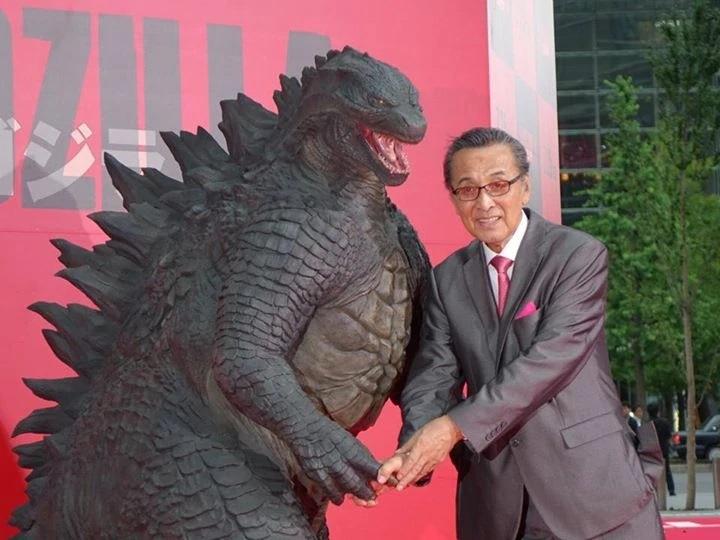 Akira Takarada at the Japan premiere of Godzilla (2014)

Takarada’s extensive credits also include some notable dubbing work, including providing the Japanese voice of Jafar in Disney’s Aladdin — reprised for the Kingdom Hearts videogames and a ride at Tokyo Disney — as well as Ragitan in The Great Mouse Detective and Bendu in Star Wars Rebels. He worked continuously through to recent years, including filming cameo appearances in the newer Godzilla films and voicing Jafar for Kingdom Hearts Re: coded. 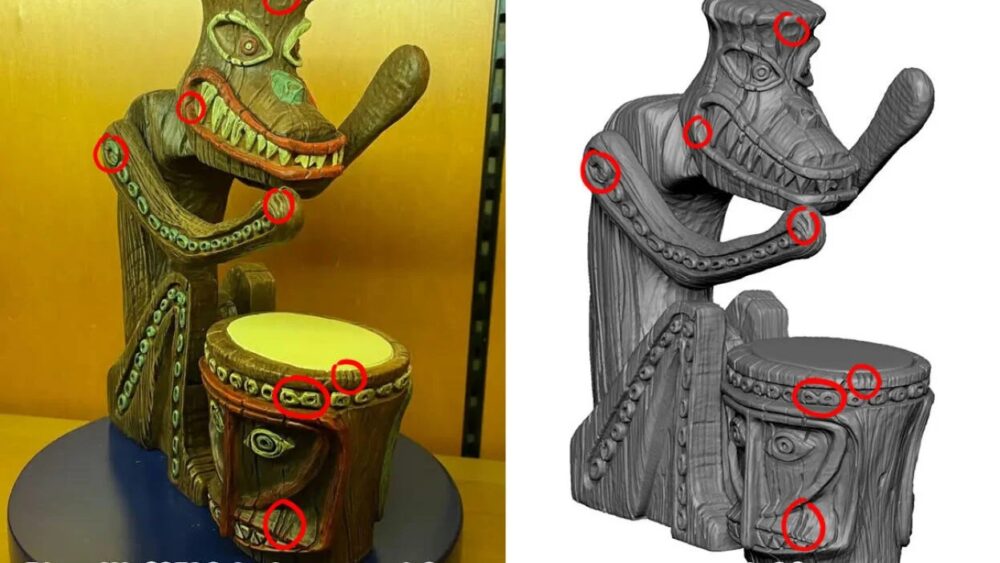 The latest allegation of Disney using the work of someone outside the studio without credit has emerged online, with Canadian artist Andrew Martin (Monstercaesar) claiming that his fan-art sculpture of one of the drumming crocodiles from theme park attraction The Enchanted Tiki Room was used to create a piece of commemorative merchandise for Disney World’s 50th anniversary — with a $125 price tag. 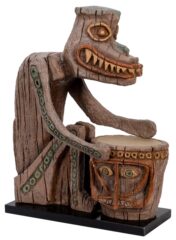 As Mashable reports, Martin originally created the sculpt during a seven-hour livestream in 2018 and posted the design online for other fans to 3D print the figure. This year, the entertainment giant started selling the “exact same” design as a music box on a DisneyWorld 50 platform. Side-by-sides show the two sculpts share some very specific details and imperfections which do not seem to be present in the replica created for Disneyland’s 50th anniversary (2006). The music box has reportedly been removed from Disney’s online shop, but park visitors say it is still available in Disney World stores. 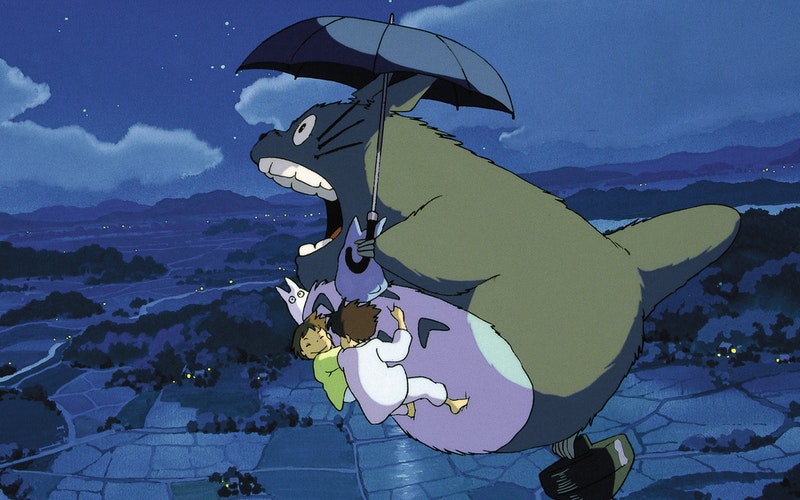 Capping the final months of its opening exhibition on the living legend of Japanese animation, the Academy Museum will be presenting Hayao Miyazaki Encores: Screenings of seven key films directed by the Studio Ghibli co-founder, running in English-subtitled 35mm prints (most newly-struck by the Academy Film Archive) from April 1 through May 27. The lineup, programmed by Bernardo Rondeau, includes: 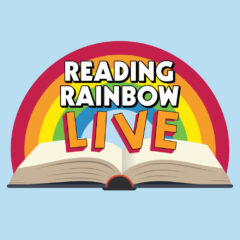 Harold Moss and his company FlickerLab were recently tapped to create the animated intro for the new, interactive Reading Rainbow Live, based on the beloved PBS show. The team wanted to honor the ’80s/’90s classic as they worked to create an animated open for the show’s next chapter, while creating something unique and suited to its new, live format. Like its predecessor, the new intro celebrates the infinite worlds to be found between the pages of books, and the endless adventures to be had there.

“Reading Rainbow was one of the all-time great educational tv shows. Not only does it live on in the hearts of generations of kids who came up with it, but the show remains an absolute gold standard for anyone making meaningful learning content for kids,” said Moss. “I was privileged to learn the art of making such media at the feet of some of the people behind the original show, so it’s just an incredible honor to be part of this reboot, bringing a wonderful participatory and live twist to the project. We’re on the edge of our seats, along with a whole lot of fans, to see this first, in what we expect will be many years’ worth of new Reading Rainbow shows, and I look forward to being part of that journey to come.”