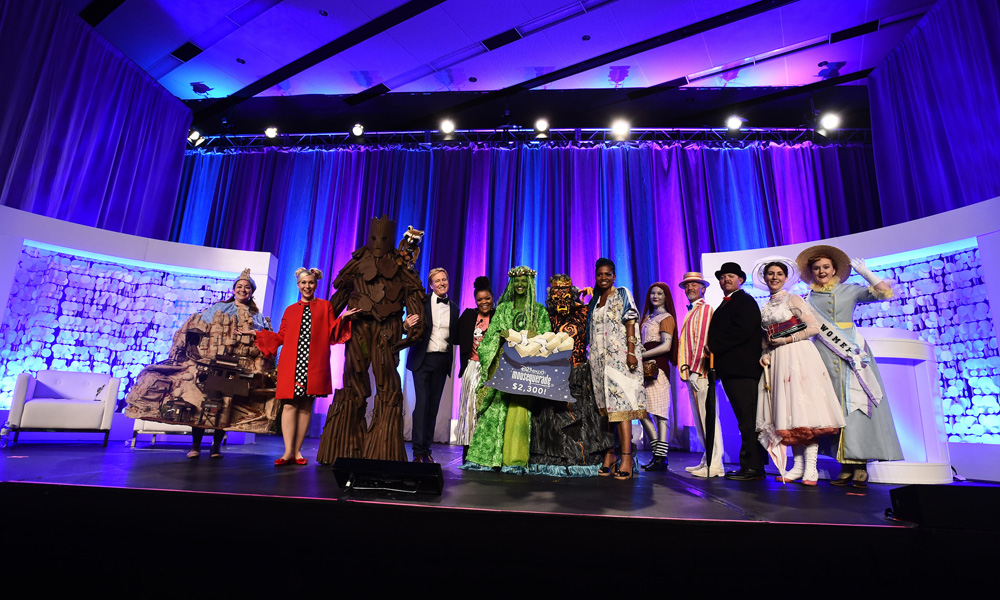 ”Marvel’s ‘Loki’ Series Lands ‘Rick and Morty’ Writer
The new super-anti-hero series heading to Disney+ streaming has brought on Michael Waldon as show creator/executive producer; he will also write the pilot. The Atlanta native began his screenwriting career at Starburns Industries and is writing-producing the next season of Adult Swim’s Rick and Morty. Tom Hiddleston is expected to reprise his role as the Norse trickster god.

CALL FOR SUBMISSIONS: D23 Expo Design Challenge & Mousequerade
The 2019 D23 Expo Design Challenge is themed to Haunted Mansion, in honor of the Disneyland attraction’s 50th anniversary. Guests are asked to create works of art inspired by and Haunted Mansion and similar attractions (e.g. Mystic Manor and Phantom Manor) around the world. The deadline for submissions is March 29.

Mousequerade presented by Raw Threads will again have five categories designed to push the boundaries of creativity and innovation. Ashley Eckstein and Yvette Nicole Brown will be returning to judge the costume contest. Entries are due March 15.

The winner of each contest will receive $2,300!

“#SweetJustice”: When six ordinary girls meet and discover that they each have extraordinary powers, they decide to join forces to take on one of Metropolis’s most sinister villains. DC Super Hero Girls stars the voices of Tara Strong as Batgirl, Grey Griffin as Wonder Woman, Kari Wahlgren as Zatanna, Nicole Sullivan as Supergirl, Kimberly Brooks as Bumblebee and Myrna Velasco as Green Lantern Jessica Cruz.

’Frozen 2’ Is Most Watched Animated Trailer of All Time in First 24 Hours
The sequel’s teaser spot hit 116.4 million views in its first day out, beating the previous record held by Pixar’s Incredibles 2 (113.6 million). Frozen 2 arrives in theaters November 22.

’Star Wars Episode IX’ Wraps
Director J.J. Abrams confirmed via Twitter that photography on the still to be titled conclusion to the Skywalker Saga has been completed. The new film hits theaters December 20.

It feels impossible, but today wrapped photography on Episode IX. There is no adequate way to thank this truly magical crew and cast. I’m forever indebted to you all. pic.twitter.com/138AprtFuZ