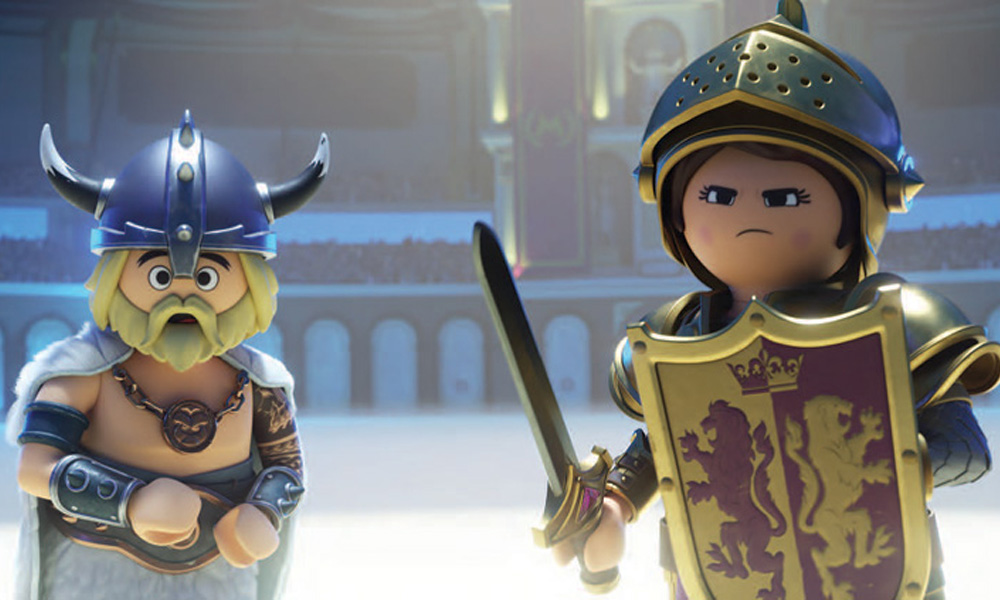 Aquaman Confirmed as Queer in ‘Young Justice: Outsiders
The fan-favorite series revival revealed that one of its pivotal DC Universe heroes is part of the LGBTQIA+ community in the episode “Quiet Conversations.” Featuring a montage of characters reuniting with their loved ones, the installment includes a glimpse of the relationship between Kaldur’ahm (Aqualad-turned-Aquaman) and Atlantean man Wyynde — the former enemies hold hands and share a kiss. Kaldur has previously been romantically attached to women in the show, though Aqualad has been a prominent gay character for several years.

Restored Hungarian Cult Classic ‘Son of the White Mare’ Will Get U.S. Theatrical Release
A 4K digital restoration of Marcell Jankovic’s 1981 psychedelic, mythical masterstroke premiered at Fantasia Int’l Film Festival in Montreal this year, created by L.A.’s Arbelos Films (Belladonna of Sadness) and the Hungarian National Film Fund’s Film Archive and Film Lab, with the former set to distribute the title through North, Central and South America. Its next engagement is Fantastic Fest is Austin, TX (Sept. 19-26).

CALL FOR ENTRIES: Ventana-Sur Animation! 2019
Taking place during the big Buenos Aires content market Dec. 2-6, Animation! is a unique opportunity for producers from the region and for professionals from other parts of the world looking to connect with animation content producers in Latin America. TV series and feature film projects are invited to submit for consideration by September 13, 2019.

’Our Cartoon President’: Showtime Eyes Third Season of Animated Political Comedy
Exec produced by Stephen Colbert, the Whitehouse satire debuted its second season in May. Showtime Networks Prez Gary Levine told Deadline, “I hope [we do more]. This season has been great, and obviously in an election year in 2020, there’s even more for them to skewer. There’s a lot to make fun of at all times about all of Washington, and I like that the series has broadened its targets. Certainly, in an election year, there’s a lot of ripe opportunity and we hope to take advantage of that.”

Which reminds me! Register to vote, check or change your voter status online today.

Don’t tear out all your feathers just yet, tho — according to Slashfilm, voice star Tiffany Haddish and Hanawalt aren’t willing to give up on the fledgling hit, so we may see Haddish and Ali Wong’s hilarious birdwomen nest somewhere new for a second season.

STX Moves ‘Playmobil’ from August 30 to December 6
Deadline reports that ON Animation’s toyline inspired animated adventure is moving to a holiday season release. STX has also shuffled dates for 21 Bridges (Thanksgiving weekend), The Gentlemen (Jan. 24) and My Spy (Jan. 10). You can read more about Playmobil: The Movie in Animag’s feature story here.

Son of the White Mare 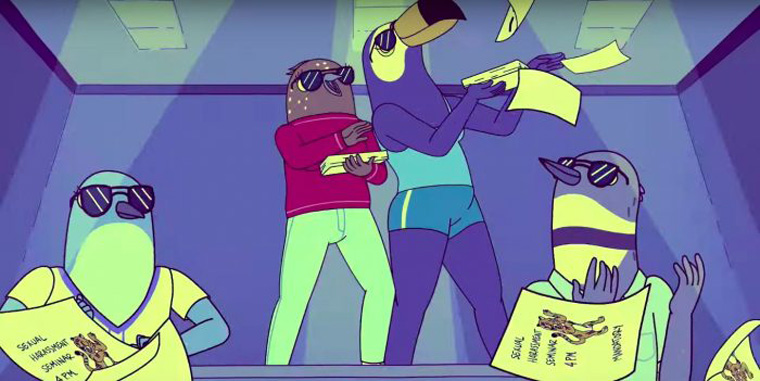