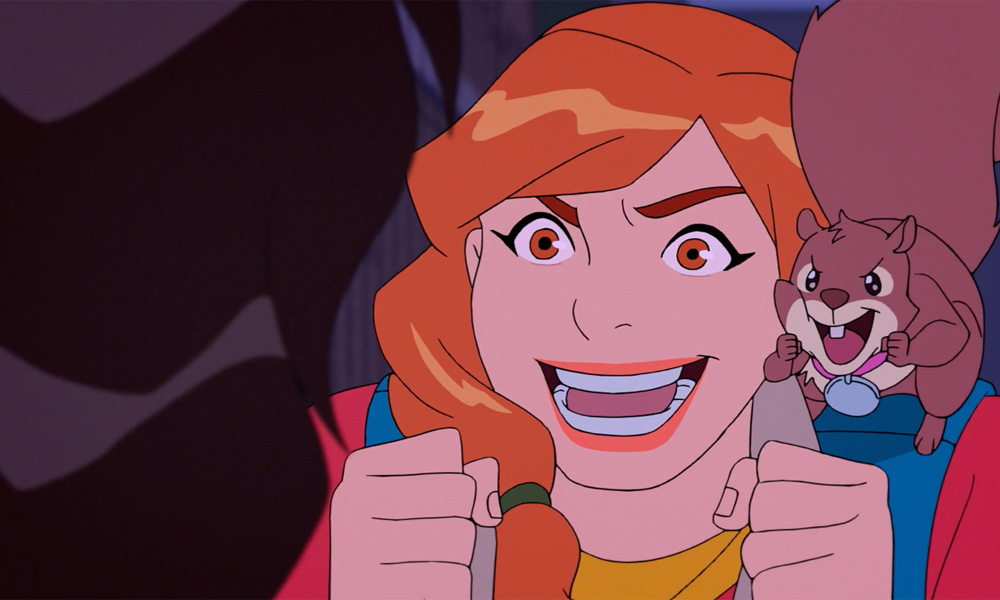 10 Times Hollywood Ripped Off Anime (And 10 Times It Was Vice Versa
“Ripped Off” may be a strong turn of phrase, but some of these instances of creative influence between big budget movies and Japanese toons may surprise you!

‘Lost in Oz’ Expands into Educational Space with Live-Action STEM Shorts
Working with Amazon in the Community, Bureau of Magic has developed a series of videos exploring Science, Technology, Engineering and Math for young fans of its L. Frank Baum-inspired animated show. The shorts are hosted by Ashley Boettcher, the voice of Dorothy Gale. The first two vids are available here and here.

WATCH: ‘Space Kid and Cat’ Ep. 1 “Blerm”
Nickelodeon’s new exclusive digital toon follows a blustery 12-year-old and his skittish talking cat as they roam outer space in a cardboard spaceship, trying to get back to Earth!

WATCH: ‘The Nutcracker and the Four Realms’ Trailer 2
Disney has unveiled a very promising trailer for this epic fantasy based on the classic Christmas-y tale by E. T. A. Hoffmann — loaded with scrumptious characters, magical effects and stunning CG environments. The flick is directed by Lasse Hallström and Joe Johnston, due in US theaters on November 2.

Synopsis: All Clara (Mackenzie Foy) wants is a key – a one-of-a-kind key that will unlock a box that holds a priceless gift. A golden thread, presented to her at godfather Drosselmeyer’s (Morgan Freeman) annual holiday party, leads her to the coveted key — which promptly disappears into a strange and mysterious parallel world. It’s there that Clara encounters a soldier named Phillip (Jayden Fowora-Knight), a gang of mice and the regents who preside over three Realms: Land of Snowflakes, Land of Flowers and Land of Sweets. Clara and Phillip must brave the ominous Fourth Realm, home to the tyrant Mother Ginger (Helen Mirren), to retrieve Clara’s key and hopefully return harmony to the unstable world. Starring Keira Knightley as the Sugar Plum Fair. 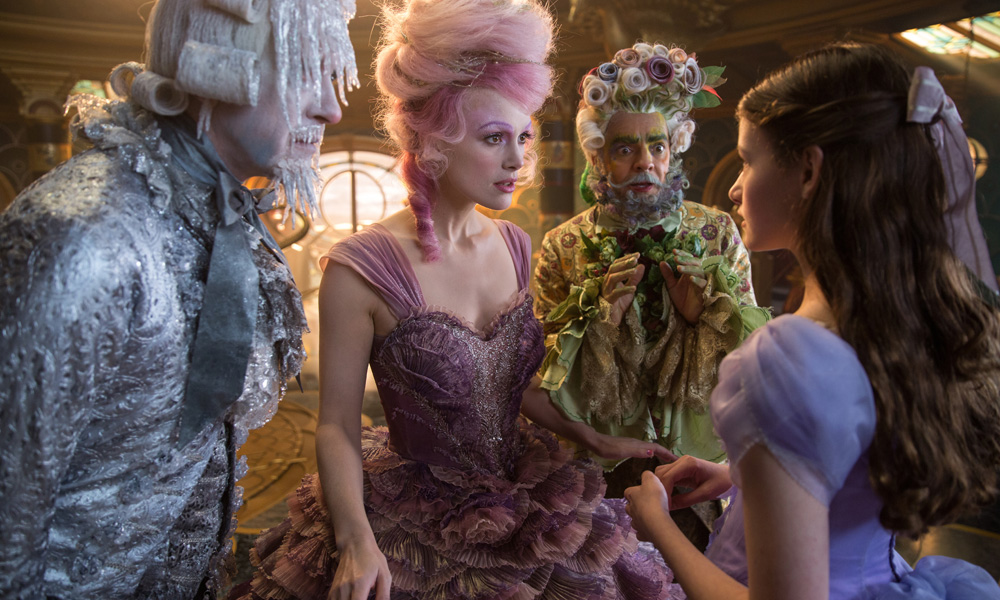