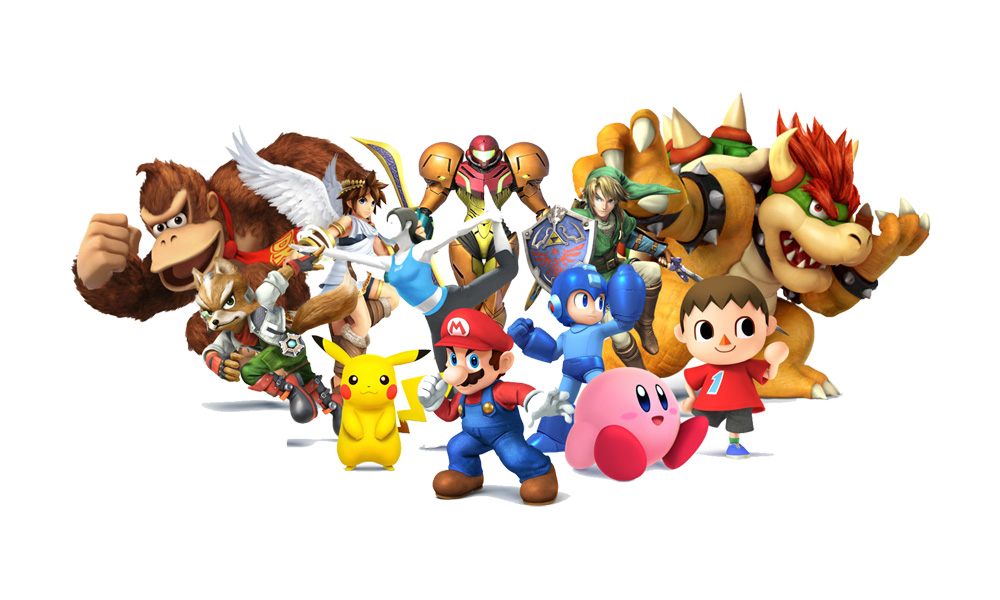 More Nintendo Animated Movies on the Way Following Illumination’s ‘Super Mario’
In addition to the CGI feature in the works at the blockbuster Minions studio (due in 2022), Nintendo’s global president Shuntaro Furukawa told Fast Company: “Animation, in general, is something that we are looking into, and not just this franchise … Although the ways we are expanding our IP are increasing, we are very, very careful about where and how our IP is licensed. We are not deploying our characters and worlds merely to increase public exposure … [Any adaptations] must make sure that the results are true to the players’ experiences, and that they would never prevent Nintendo’s developers from making another unique game featuring the same characters.”

The Animation Studio That Makes ‘Archer’ Won’t Recognize Workers’ Union
The union claims Floyd County Productions — the largest animation studio in Georgia — has hired a union busting firm, according to a charge filed with the National Labor Relations Board. In a statement to Motherboard, the studio denied it was trying to do any “busting” but did not explain why it has not recognized the union. Amid backlash, no less a figure than Fair Fight Action founder Stacey Abrams has written to CFO Matt Thompson asking him to formally recognize the union.

Watch the animated music video “Floyd County Unionize,” created by studio employees in their spare time to boost the effort. 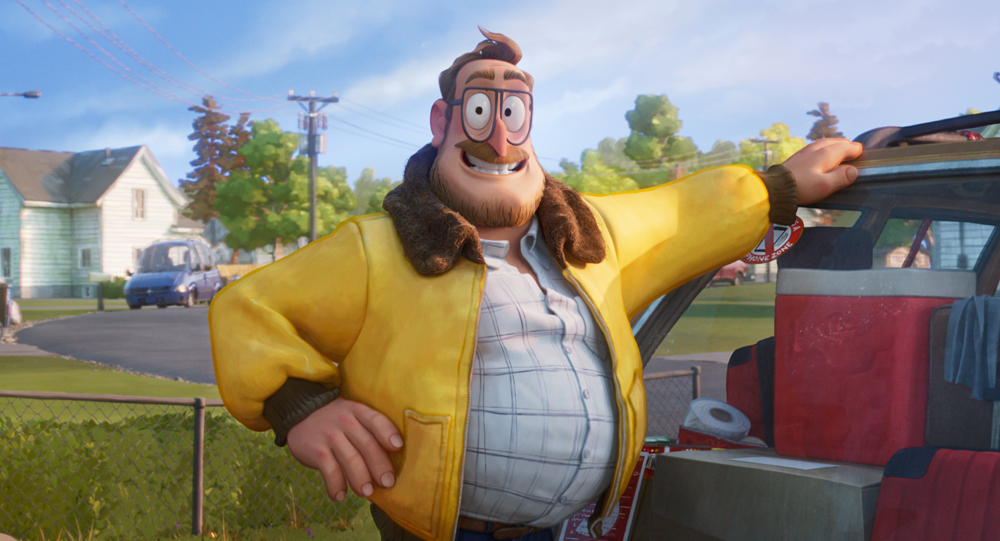 ‘The Mitchells vs. The Machines’ Dad Is Sony’s Most Expensive Animated Character, Ever
Rick, voiced by Danny McBride, is the well-meaning patriarch of the world-saving family, with the character design featuring a full beard, a mess of hair and a large stomach. Rianda told Inverse that animating the character was perhaps the biggest challenge in the production of the film: “For Rick Mitchell, they were like, This is Sony’s most expensive character we’ve ever had … We were like, ‘His beard hair needs to be more uneven’, and they were like ‘Jesus.'”

WATCH: Studio Kimchi Delivers ‘Flash’ for Guide Dogs Charity
Marking the sight loss org’s 90th anniversary, the three-minute animated short follows a pup named after one of the first guide dogs raised in the U.K. in 1931. Bruno Simões directed the sweet and colorful film, which follows a Labrador puppy called Flash and her puppy-raiser Annie as they go through Flash’s first year of training. Studio Kimchi worked closely with Guide Dogs throughout the pandemic in order to create Flash, which premiered on ITV in the U.K.

Portfolio Ent. Adds Up Sales for ‘Addison’
The hit STEM-based 2D series (50 x 11′) for kids 4-6 will be heading to a number of new territories globally with deals including Kidstream for the U.S., PCCW for Hong Kong and A+ Kids for France and Africa. The series has seen great success since its launch on CBC Kids in 2017 and currently airs across international territories with further recent deals inked by Portfolio including Azoomee for Spain, Italy, Germany, Brazil, France, Portugal, Republic of Ireland, the Netherlands, Malta, India, Poland, Russia, Eastern Europe, APAC and MENA; Encourage TV and Busy Bee for the U.S. and Tencent for China. Addison is produced by Six Eleven Media. 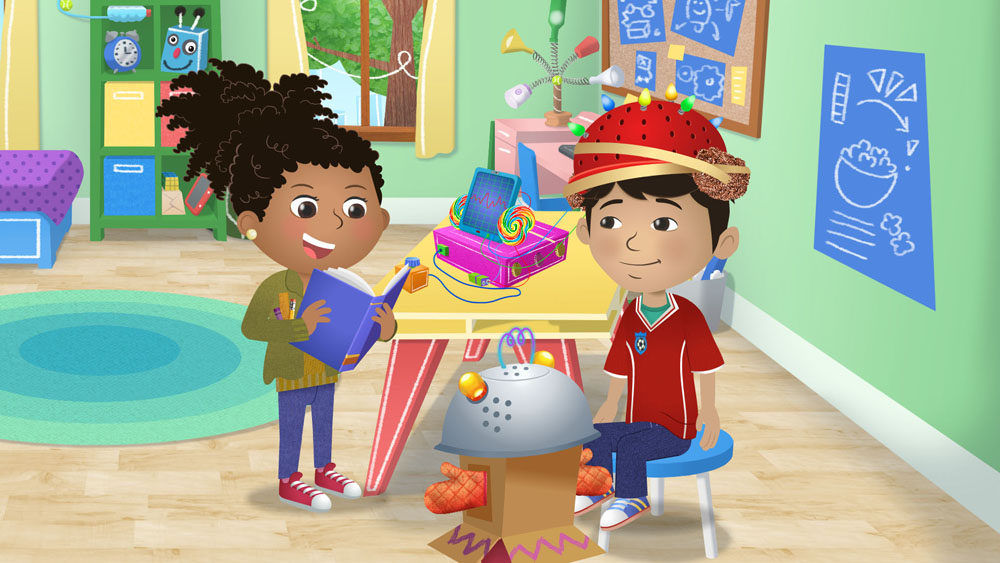 ‘Mia and me’ a Galloping Success in Brazil
The Studio 100 Group hybrid series debuted on TV Cultura back in October (as O mundo de Mia). Having now aired weekdays for six months, Mia is continuing to garner impressive ratings and is at present one of the Top 5 programs on the channel, and secured a No. 2 ranking across all target groups in Greater São Paulo. The show has hit the top spot in the channel’s ranking of all the shows targeted at 7 to 11 year old kids by reaching the best audience average, the best share average and also the best individual reach of all the shows, with more than 2 million individuals watching in the São Paulo region alone. 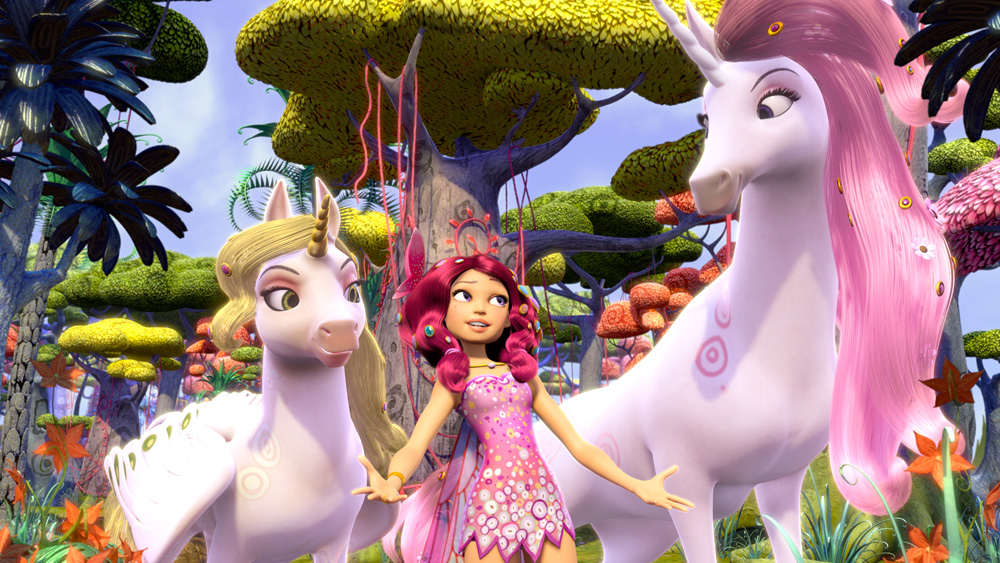 Gummybear Int’l Content Hits New YouTube Milestone
One of the most watched animated characters on the video streaming platform, Gummibär debuted with “I Am a Gummy Bear (The Gummy Bear Song)” and as a mobile phone ring tone in 2007 and has had thousands of other videos, including more than 300,000 videos of user generated content, uploaded globally. The multi-channel content for the franchise has passed 20 billion content views on YouTube this week.

The character’s success has grown into Gummibär And Friends: The Gummy Bear Show, launched by global animation major Toonz Media Group in partnership with Gummybear International. The first season of the show was met with instant success on YouTube. Now in its 2nd season, the series continues with the crazy and comical adventures of Gummibär, everyone’s favorite singing and dancing gummy bear character, and his two best friends: Harry the nervous, geeky and gadget-genius chameleon, and Kala the feisty, intelligent gung-ho serval cat.