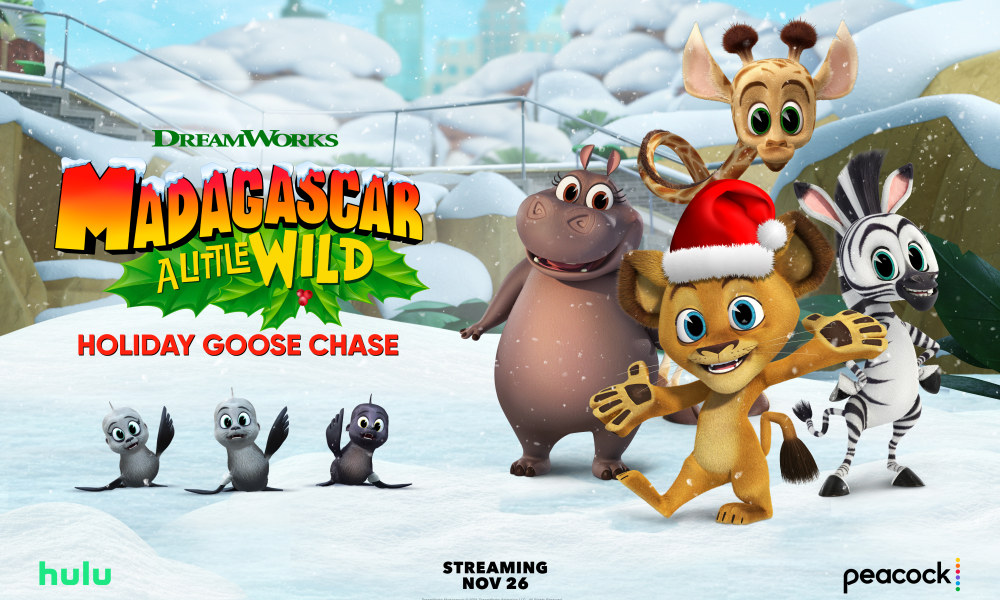 DreamWorks Madagascar: A Little Wild is back with an exciting new season November 11 on Hulu and Peacock! In Season 5, the fearless Zoo Crew return with even bigger adventures in their concrete jungle of New York City. New guest stars include WNBA Champion Candace Parker as “Sadie Swish” and Megan Hilty as “Ziggy” & “Waffles.”

Alex (Tucker Chandler), Marty (Amir O’Neil), Melman (Luke Lowe) and Gloria (Shaylin Becton) are back in the New York City swing with adventures in and out of “A Little Wild” rescue habitat. Alex deals with some major jealousy issues when Ant’ney goes viral, Marty gets himself locked inside the public library, the gang helps Melman make it through his first-ever night away from the habitat, and Gloria struggles to cope with saying goodbye when Lala decides she’s ready for a bigger pond.

Additionally, get into the holiday spirit and catch a festive family special of Madagascar: A Little Wild Holiday Goose Chase premiering on Hulu and Peacock November 26! It’s holiday time in New York, and Melman is determined to add another sticker to his yearly “Nice” list! When he meets Hank, a goose who has been separated from his family, he, Alex, Marty and Gloria embark on a wild goose chase around the city to reunite Hank with his merry flock.

Real-time animation pioneers Digital Dimension Entertainment Group (Canada) has been awarded its second Epic MegaGrant to pursue the integration of Epic Games’ Unreal Engine technology into its pipeline. Based in Montreal, DDEG employs over 200 people  across studios including Mezuarts Animation, Saturday Animation and KRAKN Animation.

“The promise of faster iterations using real-time rendering tools relies on adapting our workflow processes to take advantage of live updates during reviews and approvals. Ultimately, we wish to create production efficiencies so we can concentrate on higher quality deliverables within shorter timelines while using the full power of the Unreal Engine features,” said Martin Walker, DDEG CTO. “The objective is to implement a robust production pipeline centered on real-time rendering using advanced creative/production tools and methodologies based on proven animation workflows.”

CCO Fred Faubert added, “We were the first in the industry to render a series entirely using Epic Games Unreal Engine technology, beginning with the first two seasons of Zafari for NBCU, and it was a huge success! This latest Epic MegaGrant will allow us to enhance our production pipeline and help us create fantastical universes for our properties such as Chase and CATCH and Aiko and the Masters of Time. We are so thrilled to be given this opportunity by Epic Games.” 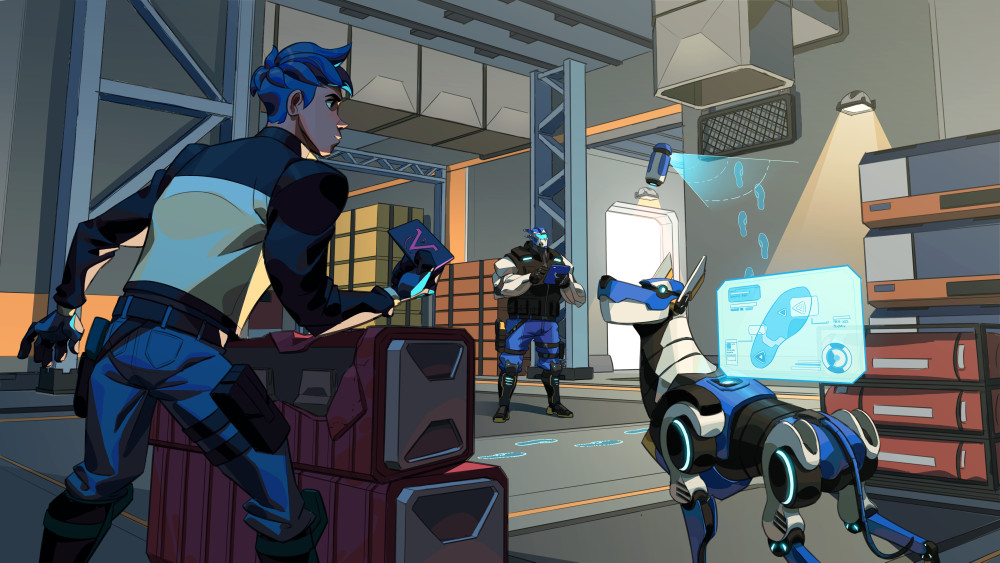 Following last month’s announcement that Hayley Atwell (Captain America, Mission Impossible 7) will be the voice of iconic adventurer Lara Croft in Legendary Television and Netflix’s upcoming Tomb Raider anime series, the companies revealed that Allen Maldonado (Heels, The Wonder Years) has joined the cast as the voice of tech expert and colleague Zip, and Earl Baylon will reprise his role from the video game as the voice of one of Lara’s most-trusted friends and voice of reason, Jonah Maiava.

The news of Maldonado and Baylon’s casting was made in a video featuring showrunner Tasha Huo, and was made as part of SQUARE ENIX, Crystal Dynamics and Eidos-Montreal’s 25th anniversary celebration for Tomb Raider last week. (Catch up here.)

McDaniels will lend his voice to episodes of the  15-episode series. Each short-form animated music video features a new word–such as cooperate, opposite and persevere–for kids, while utilizing songs and fan-favorite characters from hit series, including Blue’s Clues & You!, PAW Patrol, Bubble Guppies and Team Umizoomi, to help illustrate and teach the meaning of the word.

The partnership will also see a future collaboration with The Felix Organization, a nonprofit organization and long-standing partner of ViacomCBS that was founded by McDaniels and Emmy-winning casting director Sheila Jaffe, which aims to help enrich the lives of children in foster care. “Throughout my career, I’ve been very fortunate to have a diverse group of fans, including kids,” said McDaniels. “Working with Nickelodeon and ViacomCBS Consumer Products and having the opportunity to help make a positive impact on their lives and develop their self-esteem is so special to me.” 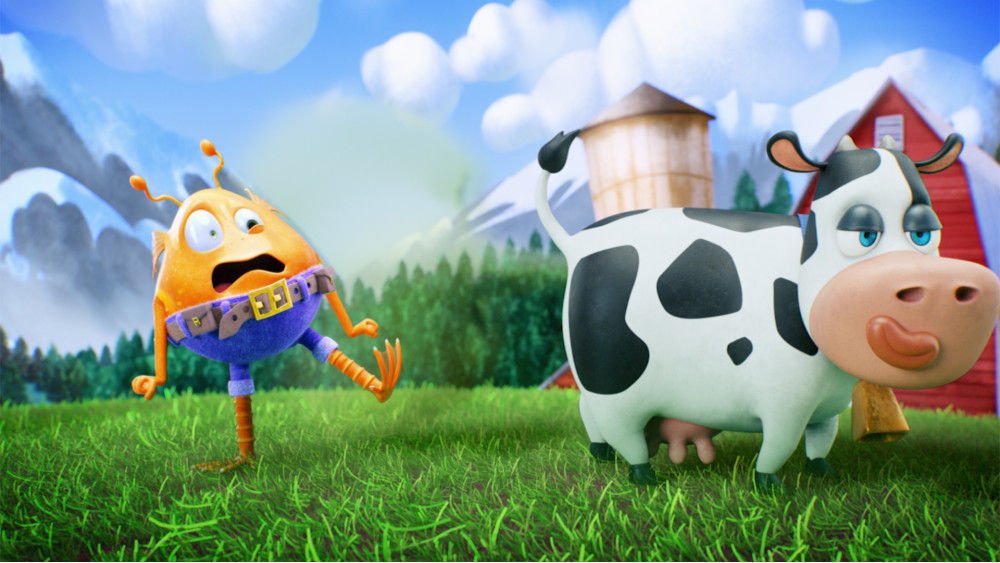 Obki, Sky Kids’ loveable underwater alien cartoon, was recognized for its ground-breaking environmental episodes for kids and contribution to the global climate change discussion at an inspiring COP26 Cultural Showcase and Reception at 10 Downing Street, London. Obki scooped the highly contested One Step Greener Ambassadorship, voted for by the British public and awarded by Prime Minister Boris Johnson ahead of the COP26 Summit in Glasgow this week.

Obki is created by award-winning artist Simone Giampaolo, who has spent the last 20 years in the animation industry and believes film can be a powerful storytelling tool to educate people on the importance of nature and protecting the environment. Obki episode “Switch It Up” will be showcased to 190 world leaders at COP26. Members of the public can also buy tickets to the screening on Nov. 7 with Giampaolo, plus Q&A with Steve Backshall, MBE, BAFTA-winning British explorer, naturalist, presenter and writer: https://greenzonetickets.ukcop26.org.

double jump.tokyo Inc., a blockchain-based NFT and NFT game sales and development company, announced that Michinori Chiba will be the second artist to participate in Gonzo .K.K’s “SAMURAI cryptos” project, which will be supported through double jump.tokyo’s NFT business support service, NFTPLUS. The second collection of symbol NFTs will go on sale Nov. 5, while the original art NFT auction kicks off Nov. 11 at 5 a.m. UTC (24 hours). The sales will be hosted on OpenSea with symbols priced from free to 4 ETH.

Chiba is an animation character designer who has worked at the forefront of various genres. He began his career at Nakamura Production and currently works for Studio Hercules. His credits include Basilisk, SK8 the Infinity and Mobile Suit Gundam 00. 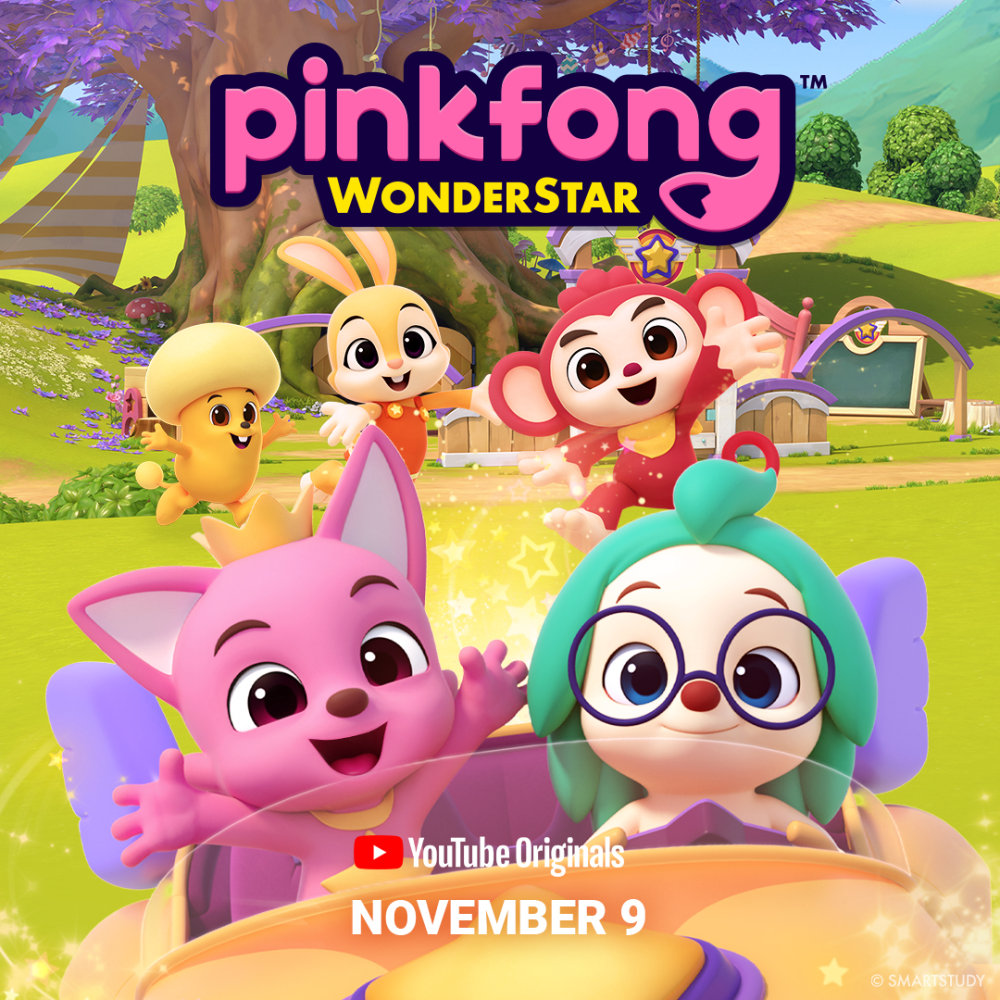 YouTube Originals announced the new episode pick-up of Pinkfong Wonderstar, SmartStudy‘s popular animated series. The 13 new episodes of the series will be sequentially released on Pinkfong’s Korean and English official YouTube channels and will be available on the YouTube Kids app starting November 9 at 9 a.m. (PST and KST). YouTube Originals has launched the first 13 episodes of the series in four different languages including Spanish, Portuguese, Indonesian and Russian in 2021.

Pinkfong Wonderstar follows two best friends, Pinkfong and Hogi, as they team up to solve their friends’ problems in Wonderville with Pinkfong’s magical powers and Hogi’s great ideas. Exclusive to YouTube Originals are special clips at the beginning of every episode featuring Pinkfong and Hogi’s fun explanation of key learning takeaways from each episode’s story. It was the first Korean animated series on YouTube Originals in 2020 and has remained one of the most beloved animated series for families around the globe. The first 13 episodes have been successfully streamed in English and Korean since December 2020 with 73 million views as of October 2021.