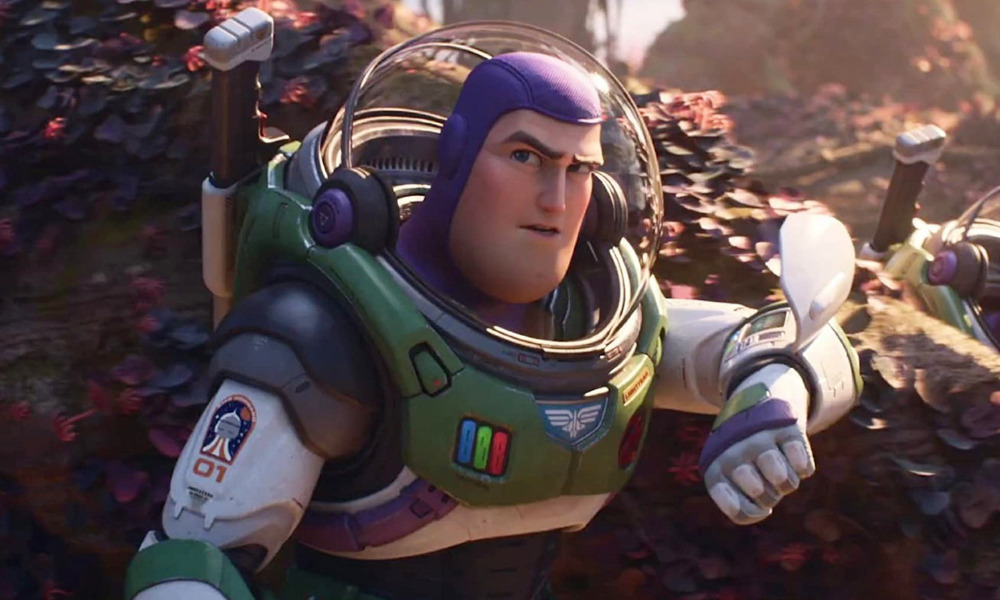 Disney-Pixar’s Lightyear is ready to rocket up the domestic box-office charts, with trades reporting a $5.2 million Thursdsay preview night take. The Toy Story spinoff directed by Angus MacLane is expected to enjoy a $70-80M launch this weekend, screening across 4,200 North American theaters.

While the $200M movie is being rebuffed bye anti-LGBTQ governments in over a dozen countries due to the studio’s first kiss between two women, Lightyear still looks a sure bet to take the No. 1 BO slot at opening. 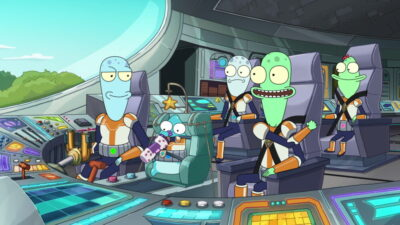 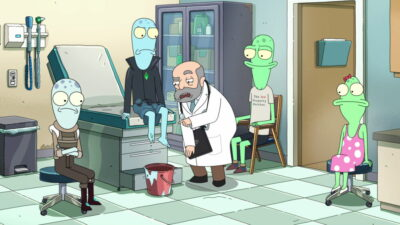 To prepare us puny Earthlings for the upcoming Solar Opposites landing, check out the new catch up video and a first look at Season 3. The series returns to Hulu on Wednesday, July 13 with 11 episodes.

Solar Opposites centers on a team of four aliens who are evenly split on whether Earth is awful or awesome. Korvo (Roiland) and Yumyulack (Sean Giambrone) only see the pollution, crass consumerism and human frailty while Terry (Thomas Middleditch) and Jesse (Mary Mack) love TV, junk food and fun stuff.

In S3, this alien team strives to be less of a team and more of a family team. 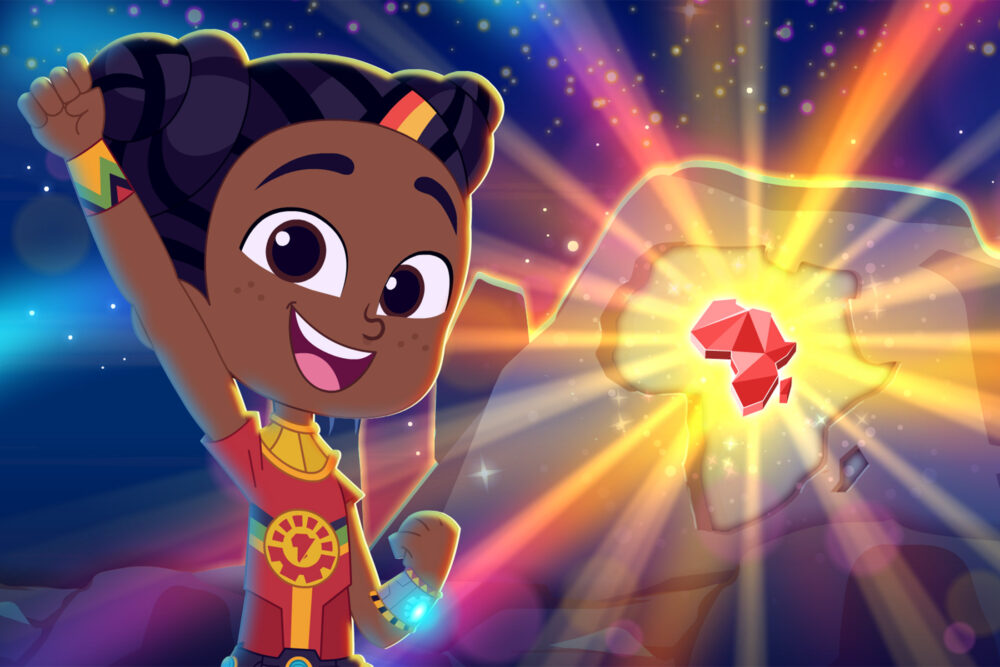 The new season features longer 11-minute episodes and sees Sema and her friends take even more exciting world-changing adventures, using their clever STEAM skills and inspired technovations to save their town of Dunia from an evil AI robot. New Season 2  episodes and content will continue rolling out Fridays, only on the Super Sema YouTube channel.

The action-packed series episodes will be followed by “Let’s Technovate with Super Sema” — animated STEAM educational vlogs where Sema and her friends explore fun projects and experiments that kids can do at home to learn more about the science behind Sema’s technovations. Music videos with full-length versions of the catchy songs from the series round out the Friday new releases. 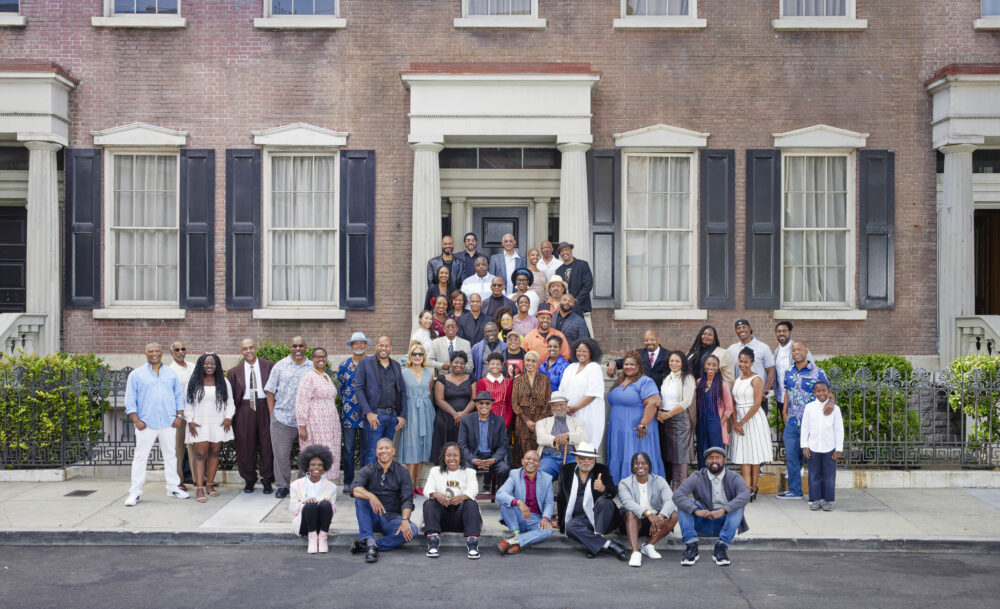 Nickelodeon Animation and Paramount Pictures hosted a photo shoot celebrating the diversity and impact of Black animation professionals in our community. The picture above was inspired by Art Kane’s iconic 1958 photo A Great Day in Harlem, and shines a light on 55 outstanding creators, story artists, animators, directors and executives who have devoted their careers to this craft and made long lasting impressions within our industry. This historic gathering took place on the  Paramount backlot on Sunday, June 5.

The idea for the portrait was brought to Nickelodeon by Marlon West (Encanto, Moana, Frozen), who enlisted his friends Bruce Smith (Bebe’s Kids, The Proud Family), Peter Ramsey (Spider-Man: Into the Spider-Verse) and Everett Downing (We the People, Hair Love) and spearheaded from the Nickelodeon side by Camille Eden, VP, Recruitment, Talent Development & Outreach, along with her team: Robbie Siron, Sharon Wen, Trishawn Ellis and Victor Nwaopara. 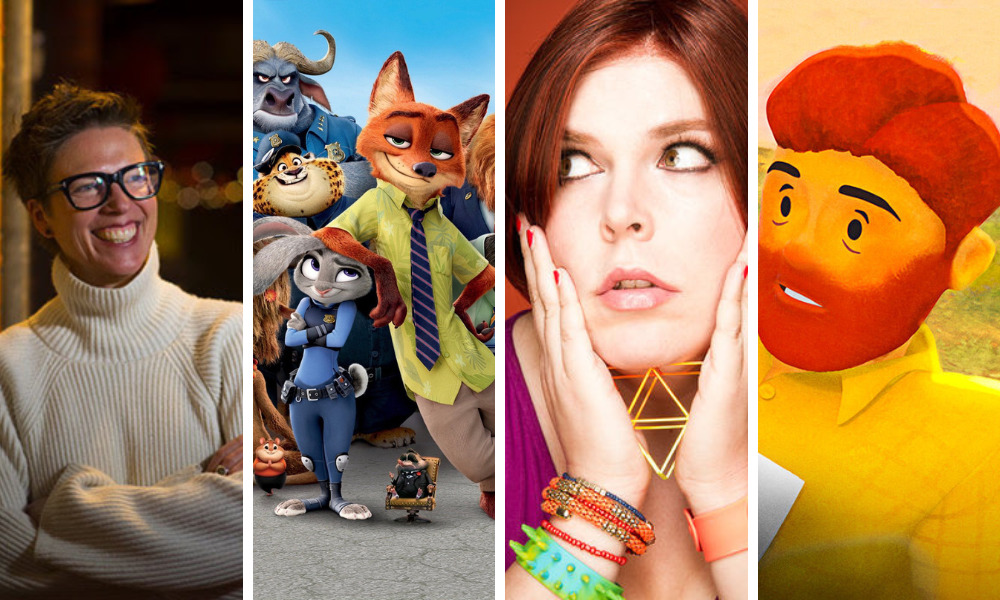 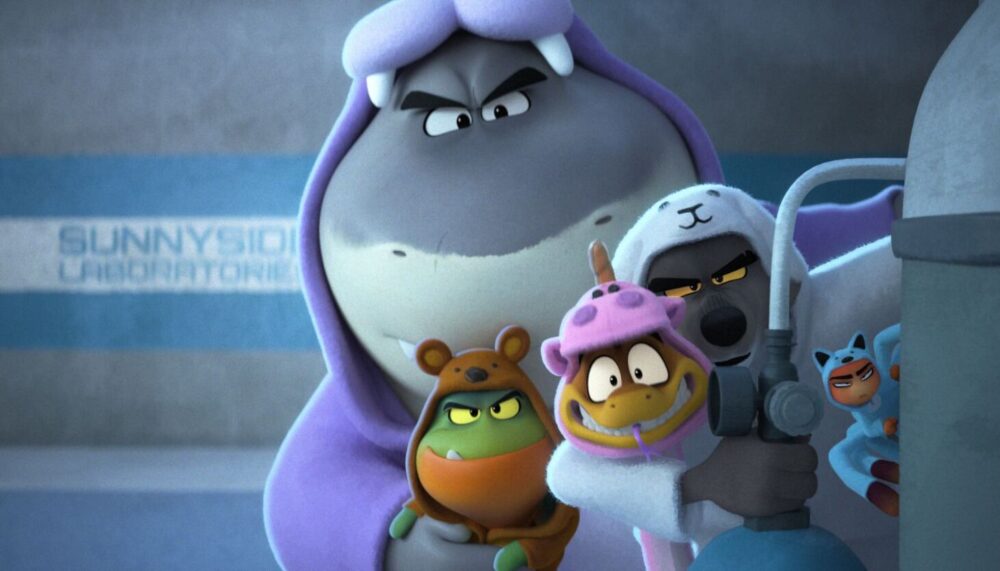 DreamWorks Animation’s The Bad Guys is ready to get cozy on Digital, 4K Ultra HD, Blu-ray and DVD this month in new Collector’s Edition releases from Universal Pictures Home Entertainment on June 21. Directed by Pierre Perifel and produced by Damon Ross and Rebecca Huntley from a screenplay by Etan Cohen, the stylized CGI action-comedy is based on the hit graphic novels by Aaron Blabey.

Synopsis: Never have there been five friends as infamous as The Bad Guys — Mr. Wolf (voiced by Sam Rockwell), Mr. Snake (Marc Maron), Mr. Piranha (Anthony Ramos), Mr. Shark (Craig Robinson) and Ms. Tarantula (Awkwafina). After years of countless heists and being the world’s most-wanted villains, the gang is finally caught. Mr. Wolf brokers a deal to keep them out of prison and the Bad Guys set out to fool the world into believing they’ve gone good.