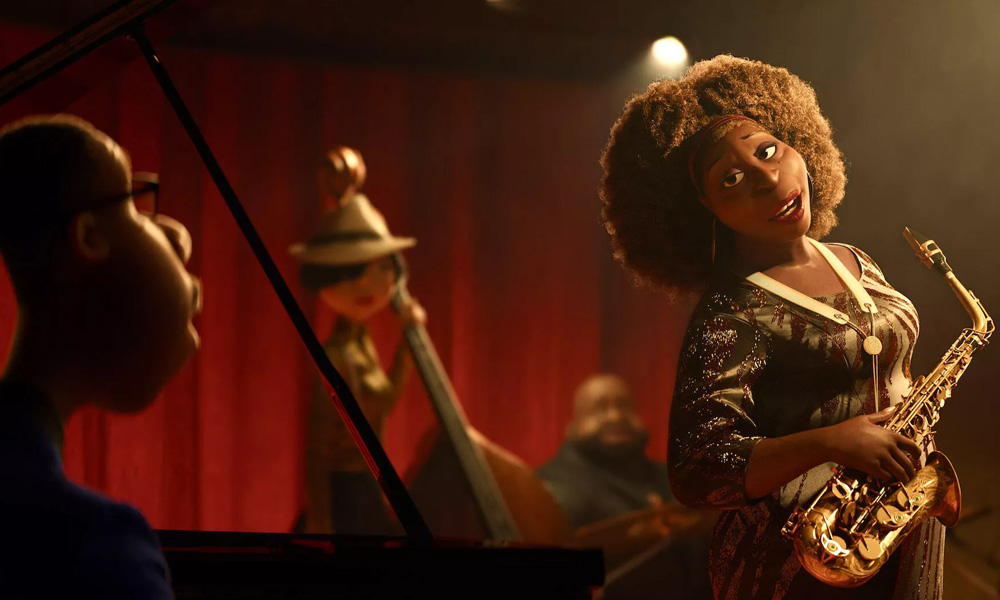 Ending on a High Note: Pixar's 'Soul' will remain in the spotlight as the most recent Golden Globe animated feature winner for the foreseeable future.

Golden Globes 2022 Canceled on NBC
The news comes as the Hollywood Foreign Press Association continues to stumble in its diversity journey, and WarnerMedia, Netflix and Amazon cut ties with the org due to lack of confidence in the nonprofit’s ability to enact systemic reform. “We continue to believe that the HFPA is committed to meaningful reform. However, change of this magnitude takes time and work, and we feel strongly that the HFPA needs time to do it right. As such, NBC will not air the 2022 Golden Globes. Assuming the organization executes on its plan, we are hopeful we will be in a position to air the show in January 2023,” NBC said in a statement.

CTN Offers Free Virtual Events This Week
Held during what would have been the Burbank Arts Festival, Creative Talent Network is presenting a series of online enrichment programs for storytellers and artists May 13-16. These include “Story & Image: The Language of the Soul” with Dominick Domingo, “Kagura-Oni” presented by Master Drawing Japan, Illumination Internship Discussion, Inside the Animator’s Studio with James Lopez, live Q&A with Emmy-winning director & storyboard artist David Chlystek presented by The Story Whisperer, and a two-day “Storylines” live sketch series. Full schedule at marketplace.creativetalentnetwork.com.

Funimation Sets the Stage with Summer Season Preview Fan Event
On June 18, the platform will bring anime fans exciting news and series reveals in a free online event. Expect special guests, never-before-seen clips, exclusive first looks, a chance to win free prizes (in partnership with Xbox)… and an announcement that would take even All Might by surprise. Hosted by Lauren Moore, the preview will live stream for fans in the U.S. and Canada starting at 7 p.m. ET; otaku in the U.K., Ireland, Australia and New Zealand can check out the show the next day (June 19). Watch on YouTube. 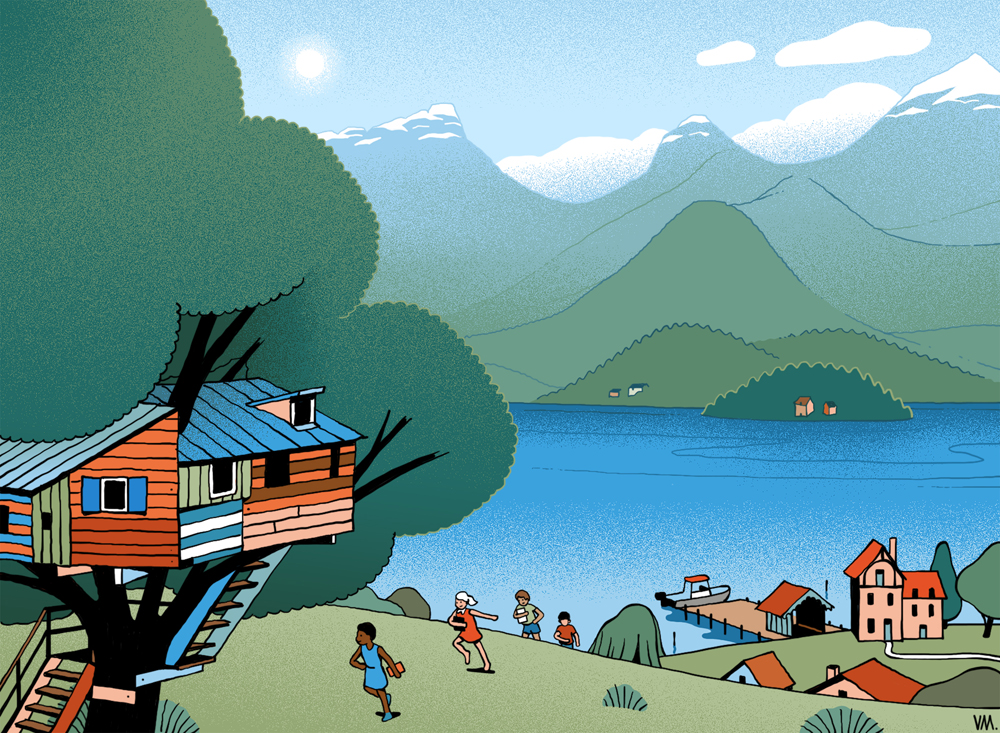 By adapting the best children’s books, in a faithful and loyal way and using traditional animation based on the original designs, this enthralling series entices and invites children to read. Co-produced by Caribara Production (Fabien Baboz & Charlotte Monsarrat) and on air in over 160 countries and as a successful format on CCTV China, The Treehouse Stories (103 x 7′) mixes live action with 2D animation. It centers around a group of friends who meet in a secret treehouse to share their favorite books. Each episode dives into one story through a different design with top children’s books from around the world. A fourth season (26 x 7′) has been greenlit by the co-producers, Belgian pubcaster RTBF and Bardaf! Productions for delivery in August 2022.

‘Pocoyo’ Releases New Episodes on Clan
The Spanish children’s channel operated by pubcaster RTVE is the first station in the country to debut new episodes of the Zinkia kids’ show’s fourth season (26 episodes). Together with his friends Nina, Elly, Pato, Loula, Pajaroto, Roberto and Pulpo, little Pocoyo is back in Clan, facing new adventures and new challenges. Fun, spontaneity, games and the didactic spirit are once again very present in the new chapters. The series thus becomes, season after season, an educational resource to encourage the little ones to learn and universal values ​​such as respect, friendship, sustainability or healthy habits in the little ones. 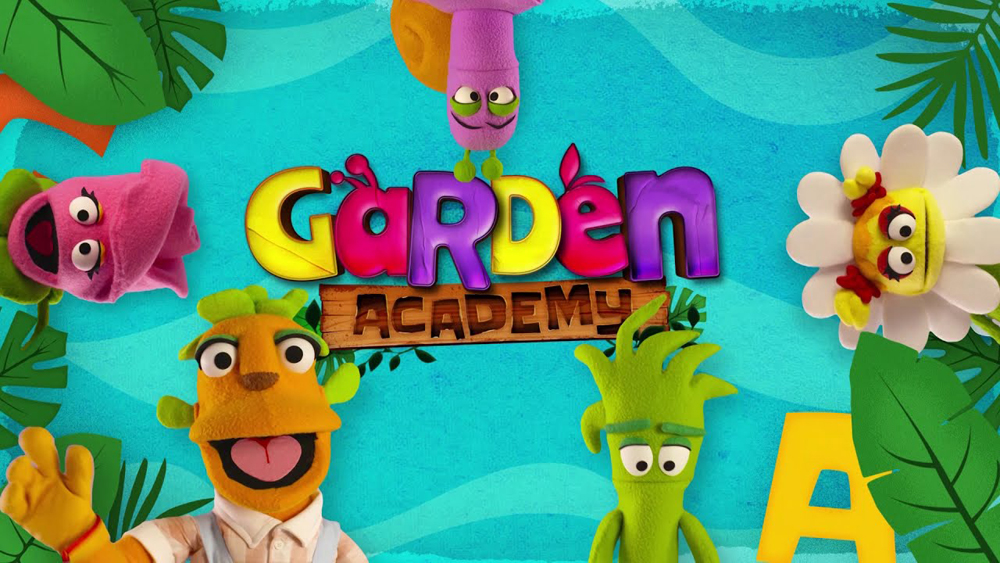 The first season comprised 40 modules focused on animals, colors, numbers and other themes in English via a certified curriculum that featured interactive games and activities starring puppets Tim, the teacher, and students Col, Monti, Rose and Margarita. In this new season, Garden Academy introduces four new themes to preschoolers: art, music, gastronomy and new experiences. This season will also feature new characters, music videos and other exclusive content weekly across.

WATCH: ‘Sweet Tooth’ | From DC Comic to Netflix Series
See how the epic fantasy world from Jeff Lemire’s groundbreaking DC comic was brought to life for the upcoming Netflix series. Executive produced by Susan Downey & Robert Downey Jr., Sweet Tooth is a post-apocalyptic fairytale about a hybrid deer-boy who goes on an extraordinary adventure. All episodes arrive June 4.

Animation Career Review: 2021 School Rankings
The website’s annual rankings — including the milestone 10th list of the top 50 animation college programs in the U.S. — show that the familiar names are remaining on top of their game, according to ACRs metrics. The Top 5 schools in the U.S. are listed as CalArts (CA), Ringling (FL), SCAD (GA), USC (CA) and School of Visual Arts (NY). The Top 5 international institutions with a degree program are Gobelins (France), Sheridan College (Canada), Bournemouth University (U.K.), The Animation Workshop (Denmark) and Rubika (France/Canada/india). 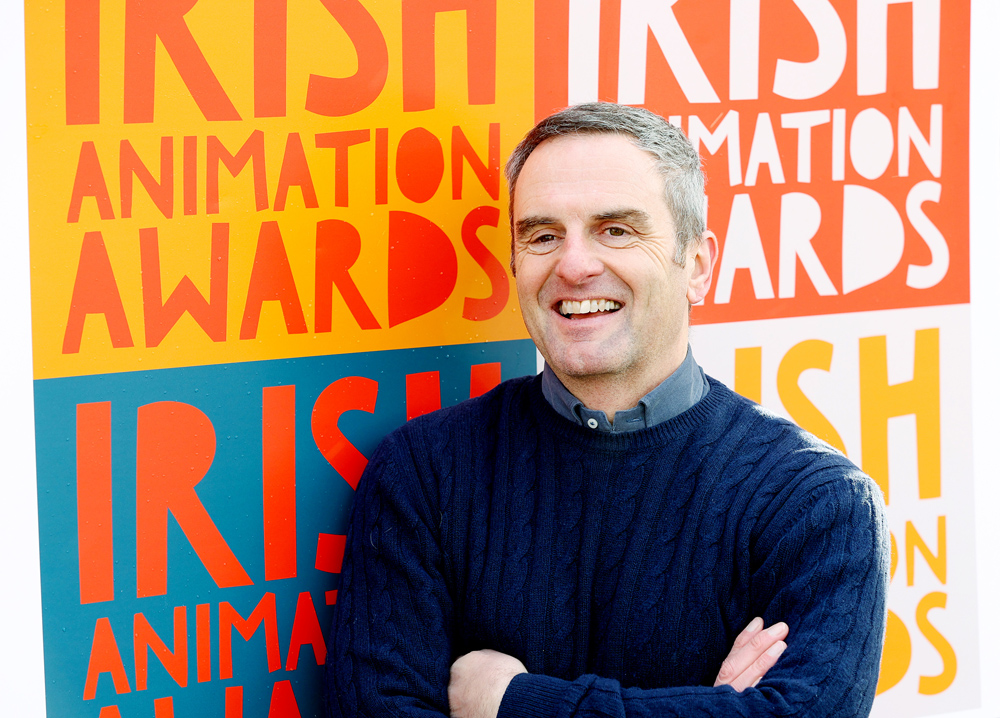 Baz Ashmawy to Host Irish Animation Awards
Animation Ireland has announced that the Irish TV star of 50 Ways to Kill Your Mammy and Change Your Tune will host the May 21 event. The biennial awards ceremony is the premier event in the Irish animation calendar and will take place virtually for the first time this month. Once again, the awards show will highlight the brilliance and talent of the Irish animation sector. (See the nominees here.)

‘We’re delighted to have Baz on board to host the awards ceremony. He’s a brilliantly entertaining TV and radio presenter, so we’re sure he’ll do a fantastic job.This year the event will be virtual but we are still going to be putting on a great show. We’ll be livestreaming the ceremony on Facebook and YouTube from 7 p.m. on Friday 21st, and the link is available and free to all at www.irishanimationawards.ie,” said Animation Ireland Chief Executive Ronan McCabe.