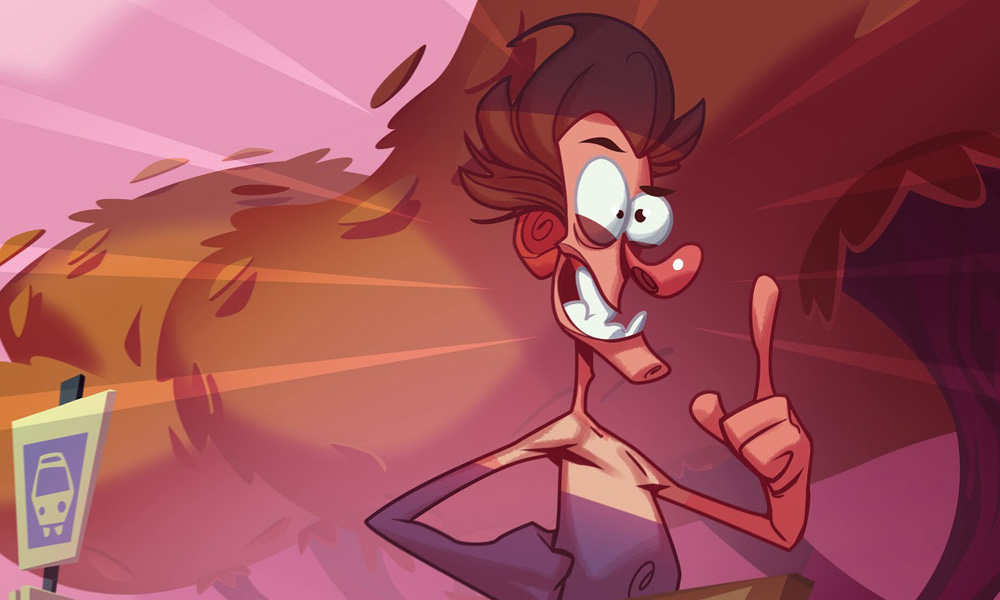 Who Here Knows Who Took My Clothes

Meet a Guy Who Taught Himself to Animate His Own Sci-Fi Web Series
Denver Jackson, who won last year’s TAC Pitch This! competition with the Telus Storyhive team, has taken the feature concept and hand-crafted a nine-episode webseries titled Esluna: The First Monolith — incredibly, in just nine months.

Tom DeLonge Released Animation for His Latest Children’s Book
The Angels & Airwaves frontman also narrates the 5-minute video inspired by Who Here Knows Who Took My Clothes, animated by Zach Passero based on the book illustrations by Ryan Jones.

“Children’s books are fun because they’re similar to songwriting — they’re short pieces of poetry that rhyme. I thought it would be funny to write a children’s book about a man running around looking for his clothing. I actually started writing this one long before I published my first children’s book, ‘The Lonely Astronaut,’ but I would up losing it,” DeLonge said in a statement.

Machinima Is Shutting Down, with 81 Staffers Laid Off
The multi-channel gamer network, acquired by Warner Bros. in 2016, was folded into WarnerMedia’s Otter Media at the beginning of the year. As announced in the fall, Korean cinema VOD service DramaFever and SuperDeluxe are also for the chop.

Op-Ed: Why I Filed the Wage-Theft Lawsuit Against Major Animation Studios
Georgia Cano, one of the three lead plaintiffs in the Animation Workers Antitrust Litigation class-action suit against Hollywood’s biggest toon shops, publicly addresses her involvement for the first time in this piece for CartoonBrew.