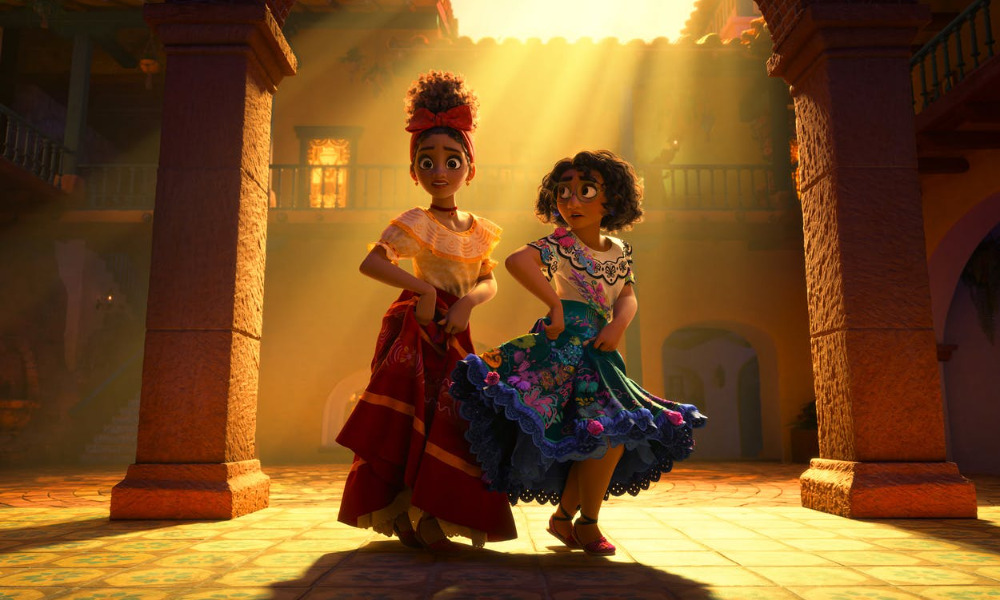 The multi-night series of NAACP Image Awards ceremonies has wrapped up, with Disney’s Encanto taking the prize for Outstanding Animated Motion Picture. The acclaimed family pic set in Colombia was nominated alongside Luca (Pixar), Raya and the Last Dragon (Disney), Sing 2 (Illumination/Universal) and Vivo (Sony/Netflix).

As previously announced, Disney also took the Short-Form (Animated) prize with Zach Parrish’s Us Again, while We the People (Netflix) won for Animated Series. Cree Summer and Letitia Wright were recognized for their voice-over performances as Suzine Rugrats (Nickelodeon) and Nooshy in Sing 2. 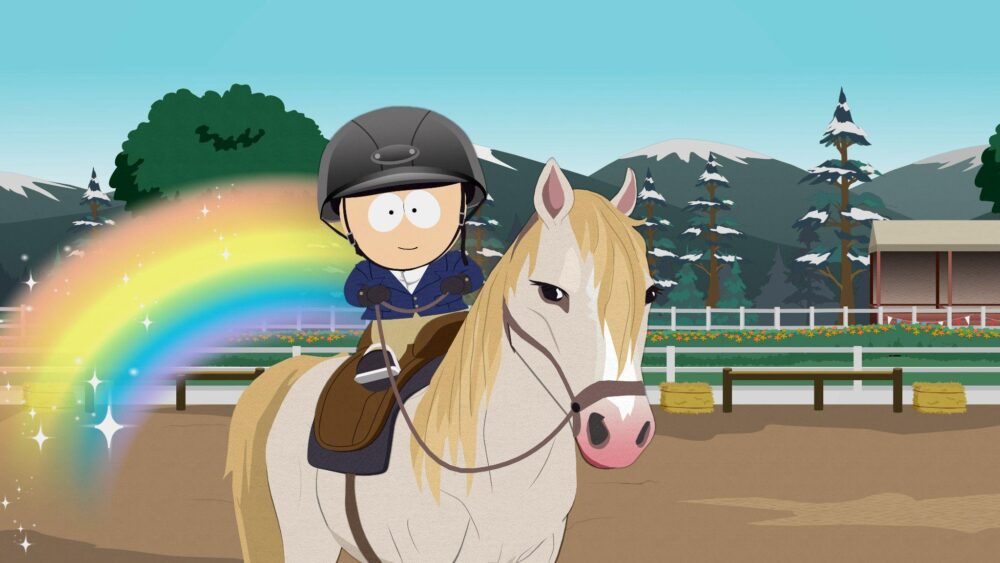 South Park “Back to the Cold War”

South Park‘s 25th season continues Wednesday, March with the new episode “Back to the Cold War.” premiering at 8 p.m. ET/PT on Comedy Central. In the latest cut-out caper, a lot is riding on Butters’ ability to crush the competition in the all-important dressage championship…

The Emmy- and Peabody Award-winning series is created by Trey Parker and Matt Stone, who serve as executive producers alongside Anne Garefino and Frank C. Agnone II. Eric Stough, Adrien Beard, Bruce Howell and Vernon Chatman are producers. Christopher Brion is the Creative Director of South Park Digital Studios. New episodes are available to stream in HD on SouthPark.cc.com, CC.com and the Comedy Central App post-premiere. 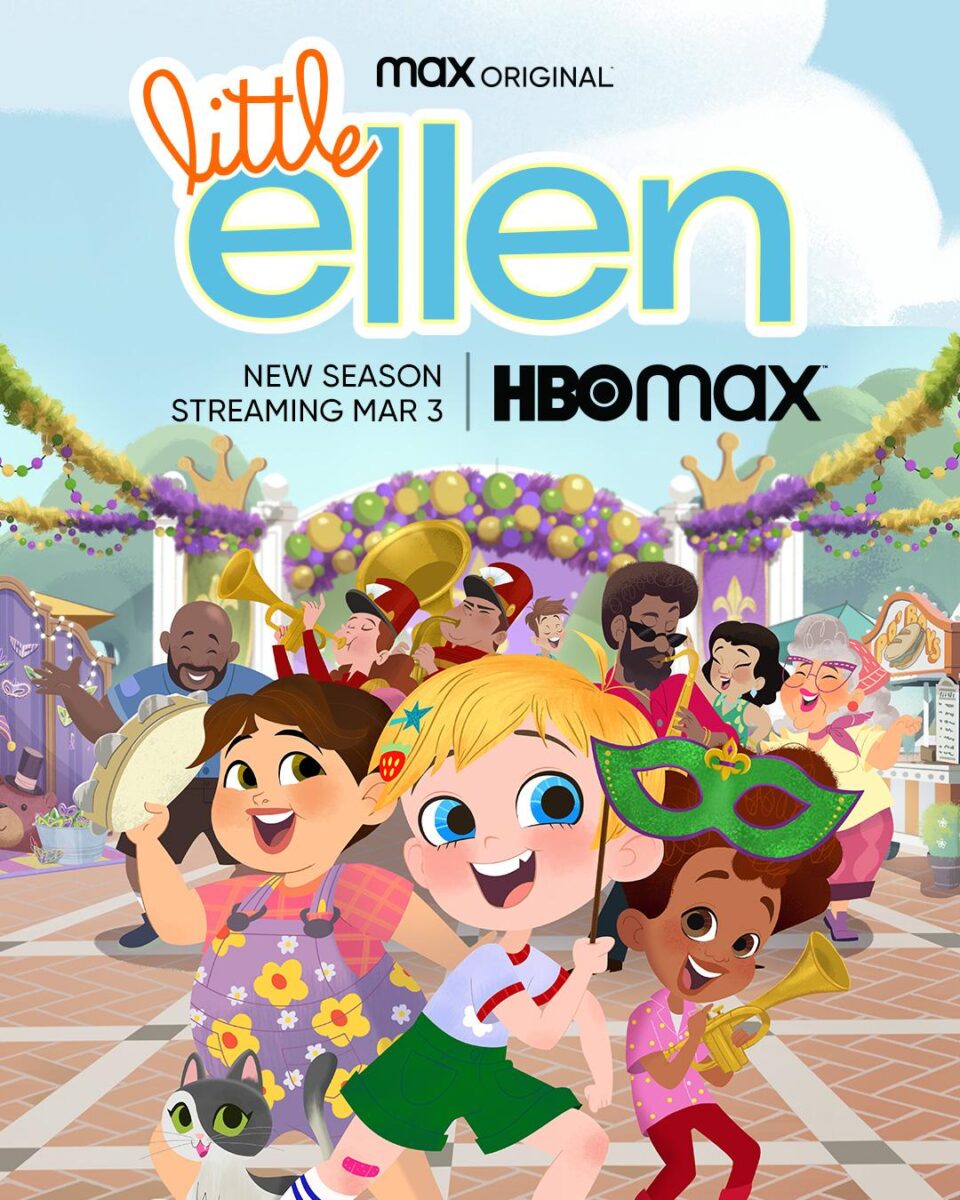 Just in time for Mardi Gras, Little Ellen is back for a fun-filled season on Cartoonito on HBO Max beginning Thursday, March 3. Inspired by Ellen DeGeneres’ childhood memories growing up in New Orleans, the preschool series from Warner Bros. Animation and Ellen Digital Ventures explores the world through the eyes of a hilarious and unpredictable seven-year-old Ellen DeGeneres. The series follows Little Ellen and her best friends on fun, everyday adventures across the Big Easy, teaching lessons of resilience, optimism and courage along the way.

In season two, Ellen and her friends celebrate Mardi Gras with an epic scavenger hunt through the musical French Quarter. Then, Little Ellen learns what it means to express herself when a salesperson tries to sell her “girl shoes” instead of the ones she really wants. With the perfect pair on her feet, Little Ellen dances along to more adventures filled with magic tricks, pranks on Gramsy, fun weddings and so much more! The voice cast features June Squibb as Gramsy, Laurel Emory as Little Ellen, JeCobi Swain as Freckle and Johanna Colón as Becky. DeGeneres, Kevin A. Leman II and Sam Register are executive producers; Jennifer Skelly is co-EP, Erik Knutson is supervising producer and Jason Blackman is producer. 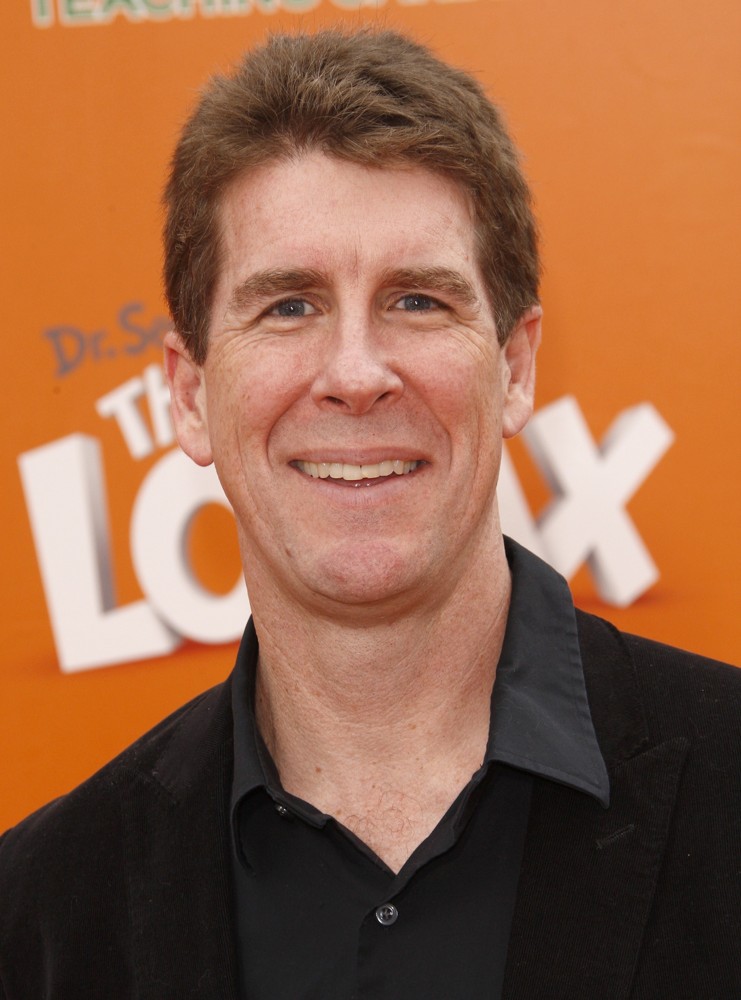 Longtime Illumination Entertainment collaborator Cinco Paul will make his directorial debut with Winter Wonderland, a live-action/stop-motion hybrid feature based on the classic holiday tune. Paul was previously announced as the pic’s original songwriter. He is known for co-writing the Despicable Me trilogy, Minions, Horton Hears A Who!, The Lorax and The Secret Life of Pets with Ken Daurio. Paul is also the showrunner/songwriter for live-action series Schmigadoon! He is represented by Gersh. 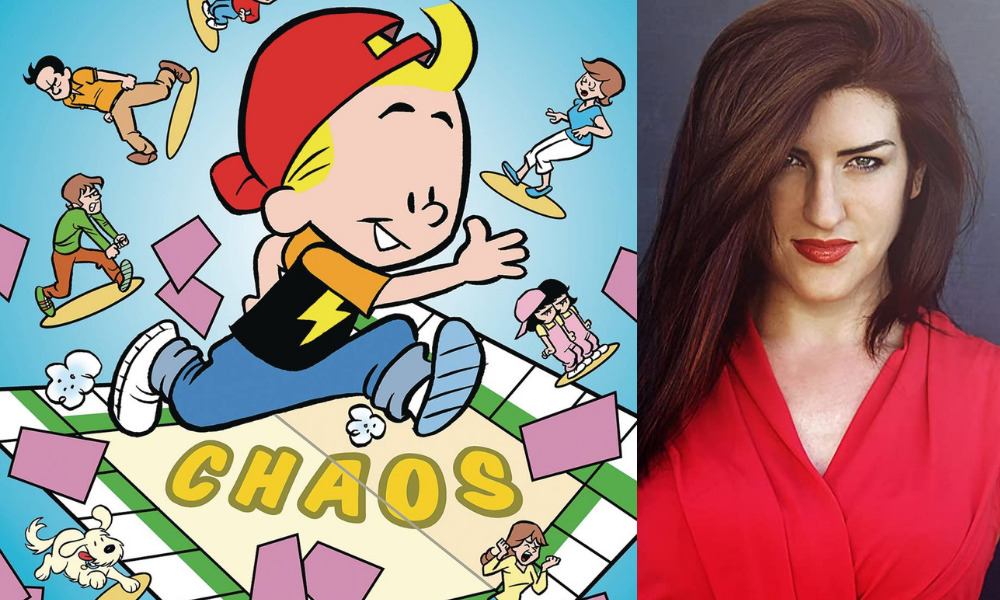 Max Weaver’s kid-friendly Keenspot webcomic Grubbs is getting an animated series adaptation from M.J. Offen. Distributed in print by Simon & Schuster, the strips center on eight-year-old Billy “Grubbs” Watson who creates chaos wherever he goes with the help of his imaginary friend, Tyler. “I see Grubbs’ potential as a troublemaker we love to see act up, like Calvin or Dennis or Bart, but in today’s world, pulling shenanigans is going to go very differently,” Offen commented.

Offen will serve as showrunner on the project and is scripting the pilot, and co-producing with Keenspot’s Christ Crosby, Bobby Crosby and Weaver. Offen previously served as Head of Story for Girls’ Brands at Mattel, Head of Animation at comedy collective JASH, Creative Director of Animation at Maker Studios and is currently head writer for TeamTO’s Jade Armor, coming to Cartoon Network/HBO Max this summer. Grubbs is in pre-production for a holiday launch; Grace Diamaranan is overseeing production for Glass House Studios’ Top Peg division. [Variety] 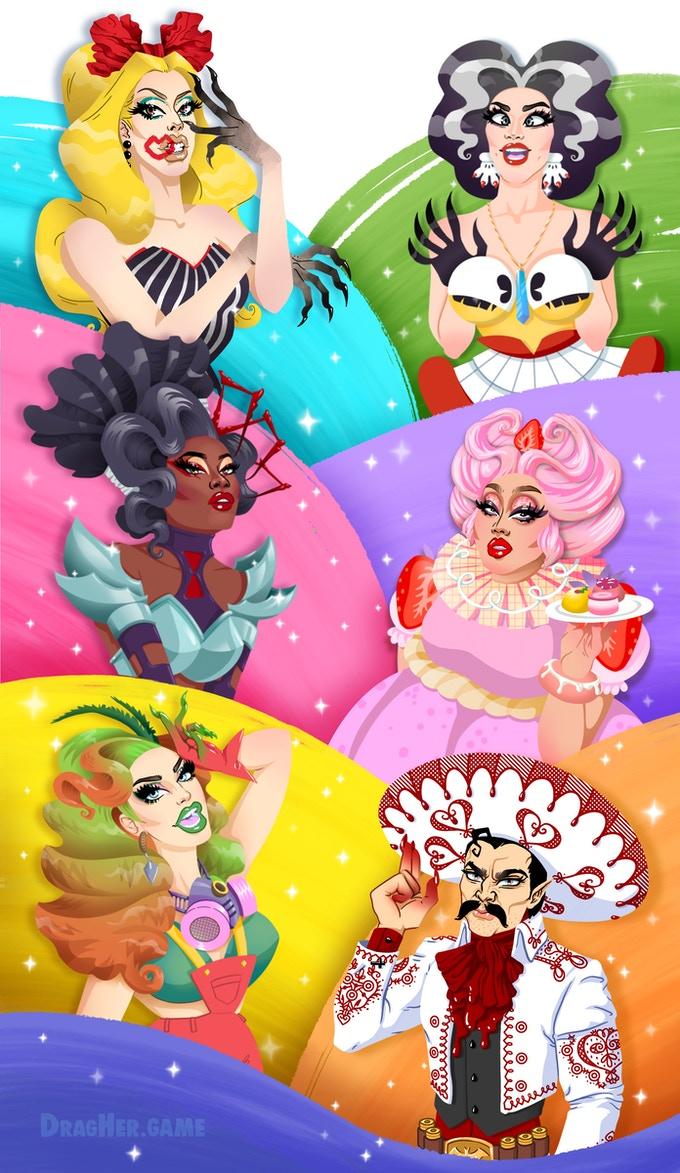 A “fast, frenetic & fabulous” new 2D fighting game featuring a roster of real-life drag superstars is within sashaying distance of its $69,000 goal on Kickstarter. Drag Her! is a hand-animated, retro fighter-influenced romp that pits celebrity drag personas against one another across a series of ridiculous stages. Playable characters include RuPaul’s Drag Race and The Boulet Brothers’ Dragula competitors Alaska 5000, Asia O’Hara, BenDeLaCreme, Kim Chi, Laganja Estranja, Landon Cider and Manila Luzon, as well as assists from Jiggly Caliente, Tammie Brown and Meatball.

Created for Steam (PC/macOS) Drag Her! will feature versus, career and training modes, with six planned stages; the Kickstarter will help the team create even more based on queer landmarks as well as interactive environmental objects and a stretch goal plan for minigames. The project hails from Fighting Chance Games — an L.A.-based collective of game and animation veterans who have worked for Blizzard, WB Games, Schell, Nickelodeon, Adult Swim and Skullgirls.