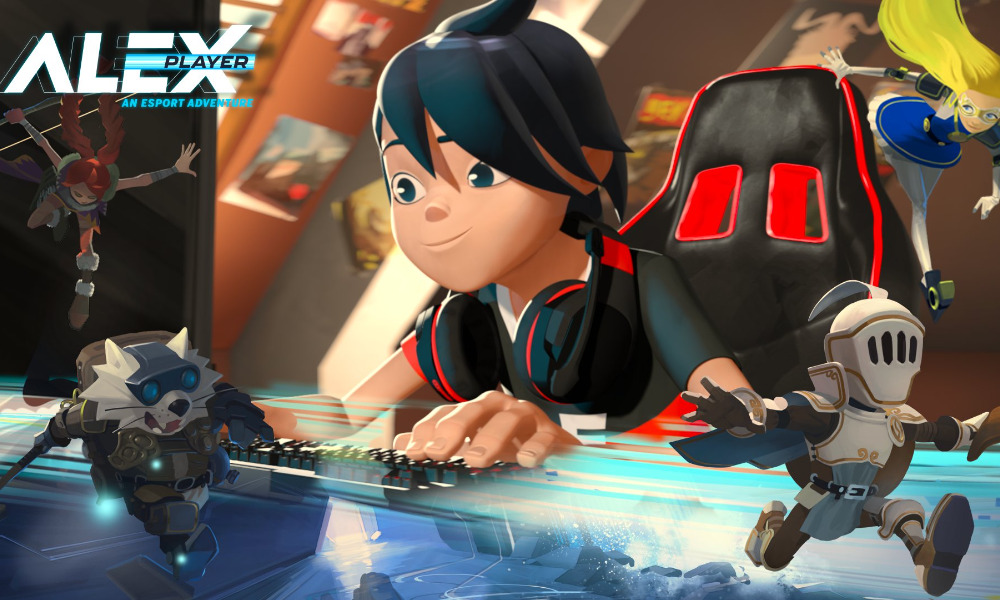 Cyber Group Studios has acquired a majority stake in the award-winning Italian animation studio Graphilm Entertainment. The acquisition will increase CGS’s creative and production capabilities to meet content demands in the European region and globally. This strategic partnership will also provide Graphilm with major development opportunities for its own productions and original creations, thanks to the resources of CGS’s unique development and production facilities (France, U.S., U.K., Singapore) and worldwide distribution network. In addition, CGS will benefit from access to Graphilm’s catalog of kids and family content.

The companies have already collaborated on Pulcinella Award-winning Nefertine of the Nile (RAI). In 2022, they will co-produce Alex Player (26 x 22’), an original from CGS and Bee Prod. Commissioned by France Télévisions and RAI (Italy), this new action-comedy series will be the very first kids’ animated program about esports, mixing 2D, CG and real-time animation technology. The companies will also work on an original Graphilm creation, In the Middle. 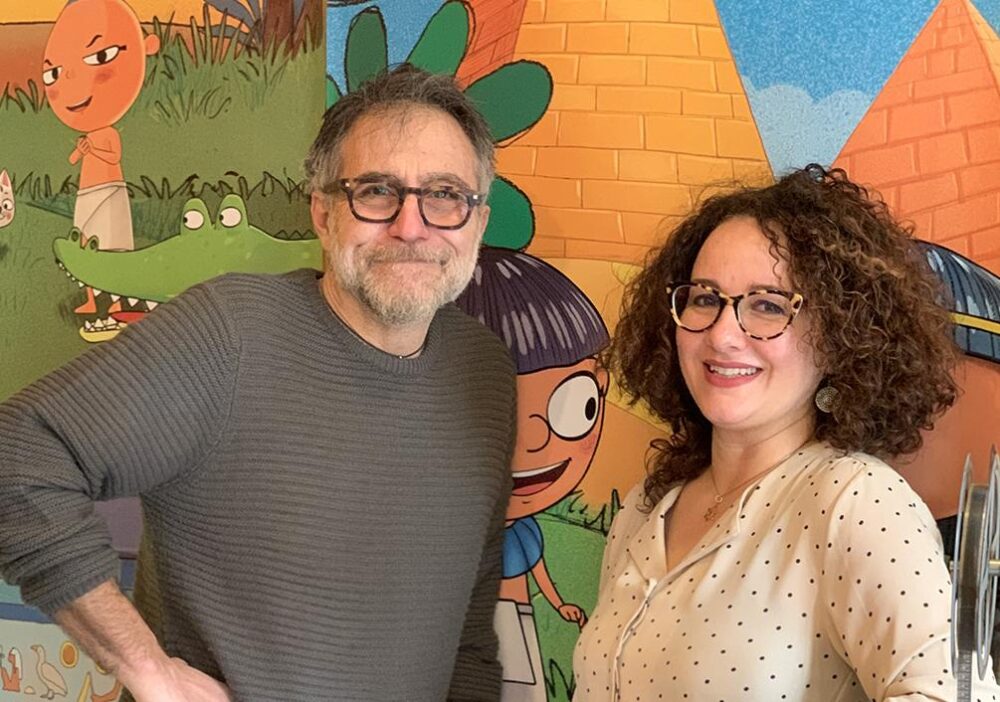 Founded in Rome in 1988 by Maurizio Forestieri, the company’s CEO, Graphilm Entertainment is a leading animation production company that has received numerous awards, among them three prestigious Pulcinella, including the Best Italian studio Award. Graphilm’s latest feature animation movie, The Case, has received eight awards, including Best Animated Film at the New York International Film Awards, Best Director at the New York Animation Film Awards in December 2021 and Best Animation at the Tokyo Film Awards this year. Originally commissioned by RAI, The Case was the most watched Italian feature animation movie on RAI’s channels in 2021.

Forestieri commented, “I created our company 34 years ago and this association with Cyber Group Studios holds many promising projects and new original creations with partners we already know well and respect.” Anna Lucia Pisanelli, Executive Producer & Board member, added, “The new venture will enable our company to strengthen and consolidate its position as one of the leading Italian animation studios reaching out to world markets.” 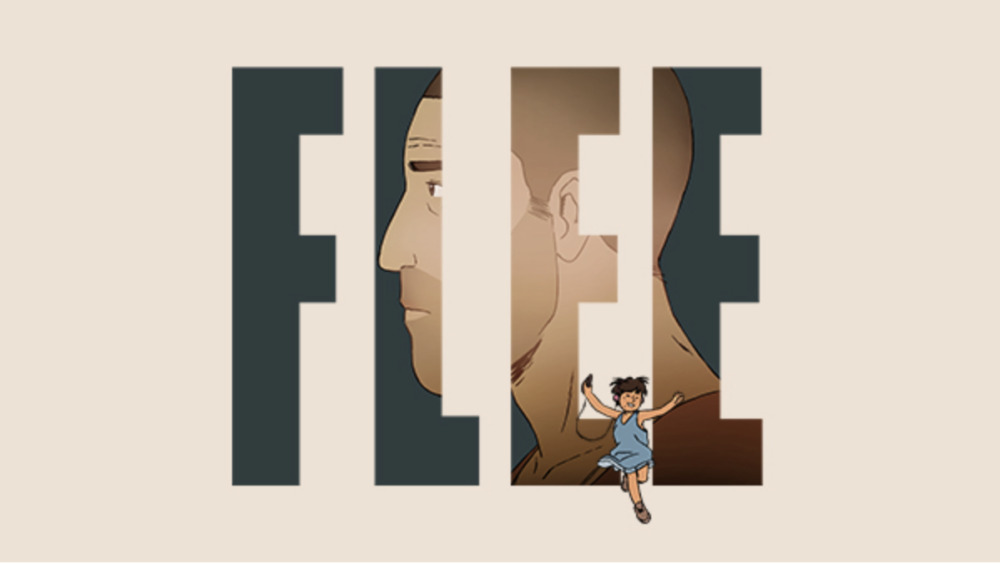 The history-making, triple Oscar-nominated animated documentary Flee (up for Animated Feature, Documentary Feature and International Feature, representing Denmark) is now streaming on Hulu. Directed by Jonas Poher Rasmussen, the filmed interview/reenactment recounts, mostly through animation to protect his identity, the pseudonymous Amin’s past as a child refugee from Afghanistan whilst he grapples with a secret he’s kept hidden for 20 years.

Executive produced and voice starring (in the English-language version) Riz Ahmed and Nikolaj Coster-Waldau, Flee premiered at the 2021 Sundance FIlm Festival and was released theatrically in the U.S. by NEON. Danish prodco Final Cut for Real and animation shop Sun Creature Studio were major producing partners. In addition to its stunning Oscar nomination feat, the film has won awards from Sundance, Annecy and the European Film Awards, nominations for the Golden Globes, BAFTAs, Critics’ Choice Awards and many more accolades. Read more about the movie here. 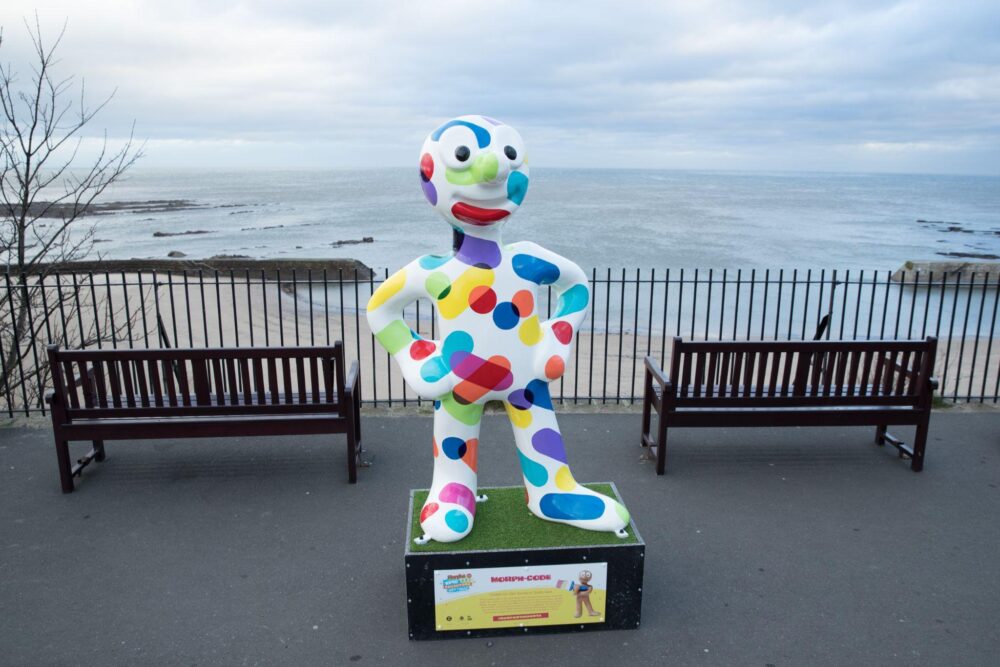 Wild in Art (wildinart.co.uk) and Aardman (aardman.com) have entered into a creative partnership that will produce public art trails featuring sculptures of the well-loved characters Morph and Shaun the Sheep in towns and cities across Britain, from January 2022. The characters will provide a 3D canvas, and creative inspiration, for a wealth of art and design from a carefully curated mix of well-known and emerging artists. The first ever sculpture trail to feature Morph launched Jan. 29 with ‘Morph’s Epic Art Adventure’ in North Tyneside.

The art trails are part of Morph’s mission to get the nation creating, and this first event, hosted by North Tyneside Council, saw Morph take over the North with 20 1.8m tall sculptures decorated by commissioned artists from across the country with a wide range of themes including floral, character designs and plays on the word ‘Morph’. The opportunity to host a ‘Morph’s Epic Art Adventure’ trail is open to towns and cities across the U.K. Shaun the Sheep will be the second collaboration as part of this new partnership, and news and opportunities for this concept will be announced soon. 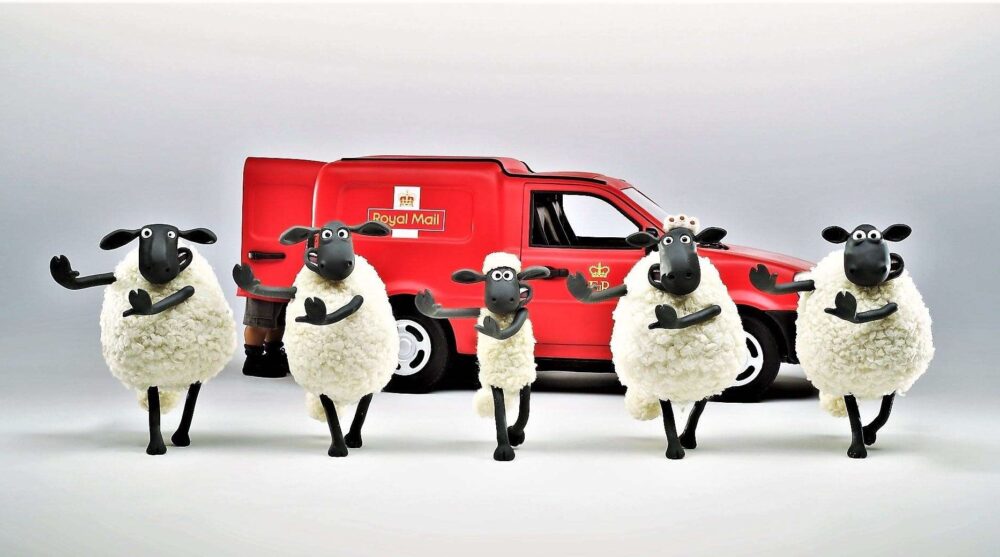 Aardman also recently allied with the U.K.’s Royal Mail for its first-ever Video stamp. Following a successful national trial, the mail service has announced it is adding unique barcodes to all of its Definitive stamps. Recipients can then scan the barcoded stamps in the Royal Mail App to watch an exclusive, 30-second video of Shaun the Sheep and his Flock, directed by Aardman’s Steve Harding-Hill. 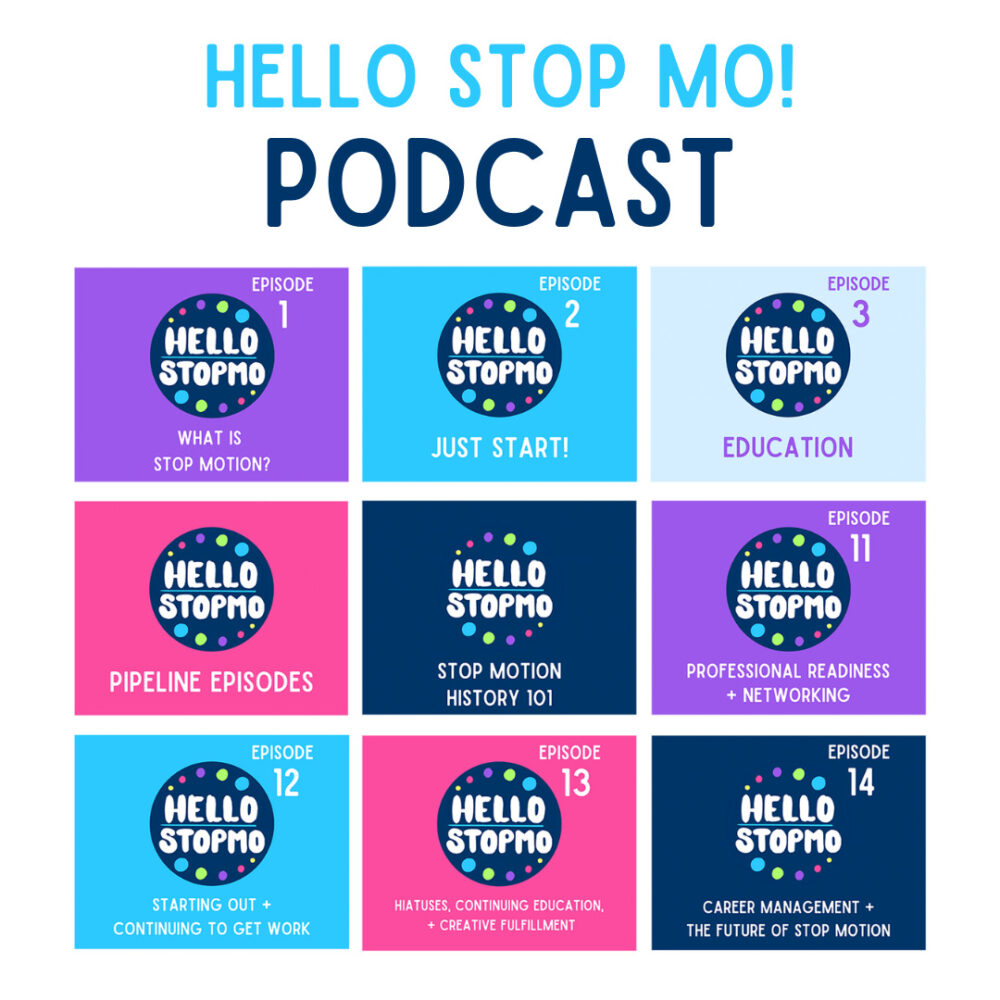 Stop-motion is enjoying a new heyday thanks to advancements in digital cameras, software and animation apps — but how do you build a career as a stop-motion animator? Enter Hello Stop Mo, a new limited-run podcast packed with info and resources, hosted by established stop-mo pros Alexis Deprey and Casey Follen. The duo met at Stoopid Buddy Stoodios in L.A., and when COVID shut down production in March 2020, they co-created Animation Wild Card (AWC) with friends at Apartment D Films to support indie animators, which community sparked the notion for the new podcast.

Over the course of 14 episodes, Deprey and Follen dive into multiple aspects of the stop-motion animation industry. They go over traditional and non-traditional education paths, the history of the medium as it relates to technological advancements, what working at a studio is like (including different roles and departments as well as the steps of the pipeline). Additional topics include preparing professional readiness materials, how to network and build relationships in the animation industry, and managing a career in stop motion, plus how the future of stop motion is being shaped right now. The hosts are also joined by two guests: Director, animator, writer, producer & professor Musa Brooker joins the podcast duo to discuss education paths. Seamus Walsh, a stop-motion animator, director & studio owner, also lends his expertise in the stop-motion history episodes.

Tune in on Apple Podcasts, Spotify, Stitcher or the AWC website (animationwildcard.com). 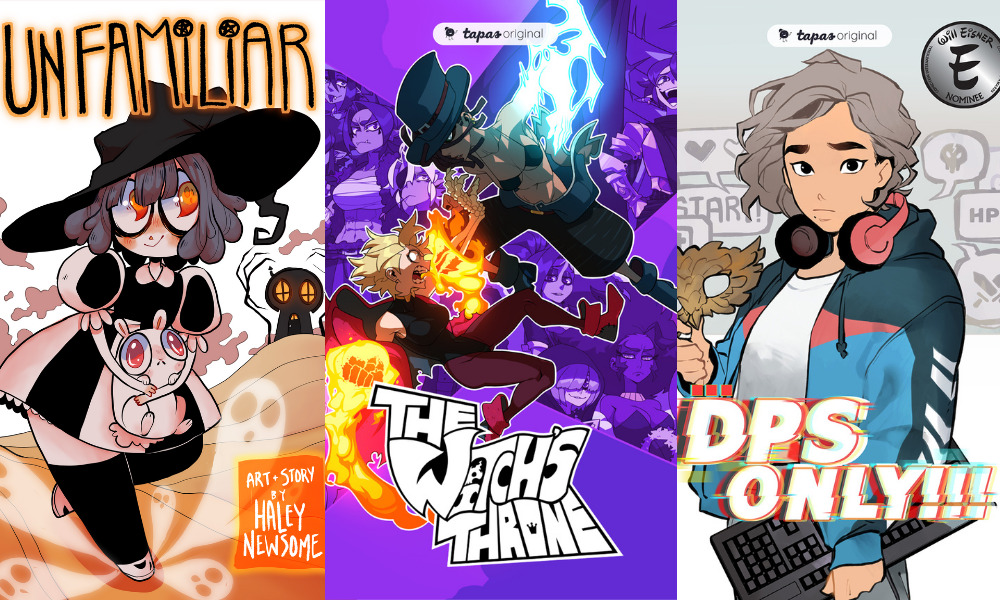 Andrews McMeel Publishing (AMP) has partnered with Tapas Media, a pioneer mobile storytelling platform with more than 10 million registered users, in a multi-book deal to present a line of smart, entertaining graphic novels featuring strong female and underrepresented characters. The first in the inclusive series will be released in the fall of 2022, with more to com in 2023. The graphic novels adapt popular webcomic properties produced by Studio Tapas and will appeal to longtime fans as well as new readers with full-color paperback and e-book editions: 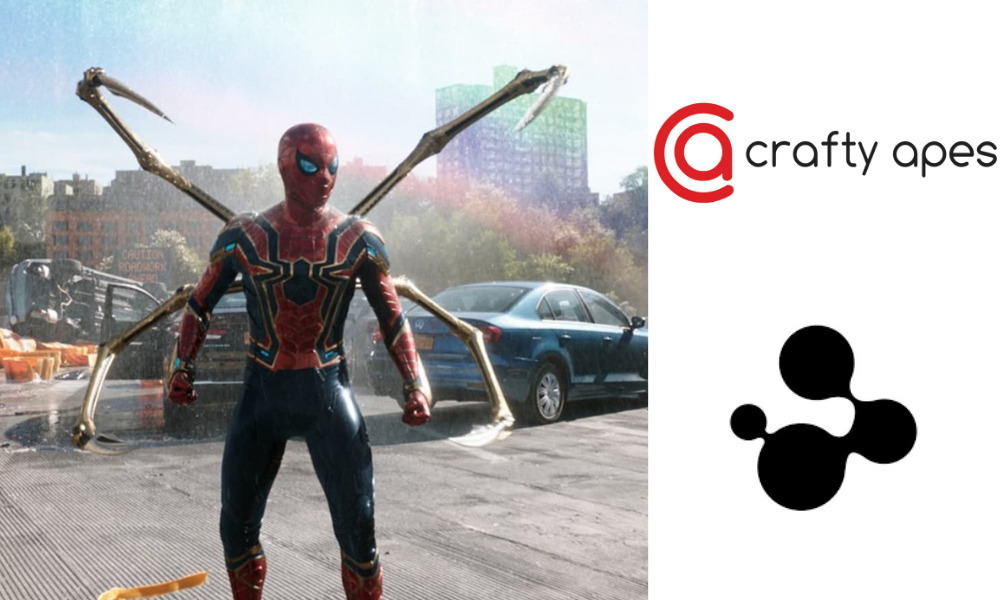 Crafty Apes (craftyapes.com), a full-service visual effects powerhouse with seven production facilities across North America, announced the acquisition of Molecule VFX (moleculevfx.com), an established VFX company based in NYC and Los Angeles. The acquisition brings together two companies with a deep roster of talent in creative VFX supervision and production management and more than doubles Crafty Apes’s NYC-based headcount. 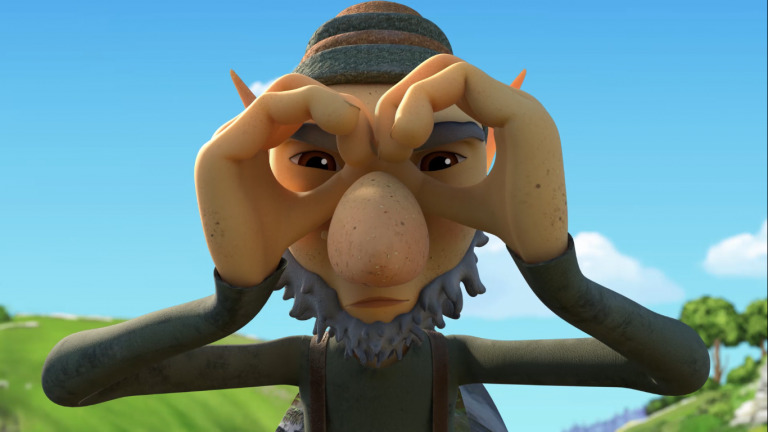 Indie animators looking for a fresh outlet for their projects can check out Cartoon TV+ (cartoontvplus.com), an online channel startup based in Romania which aims to host amateur and professional independent filmmakers from around the world, and help freelancers monetize their productions on its streaming platform. Students, up-and-comers and career animators are invited to submit titles old and new by emailing contact@cartoontvplus.com.