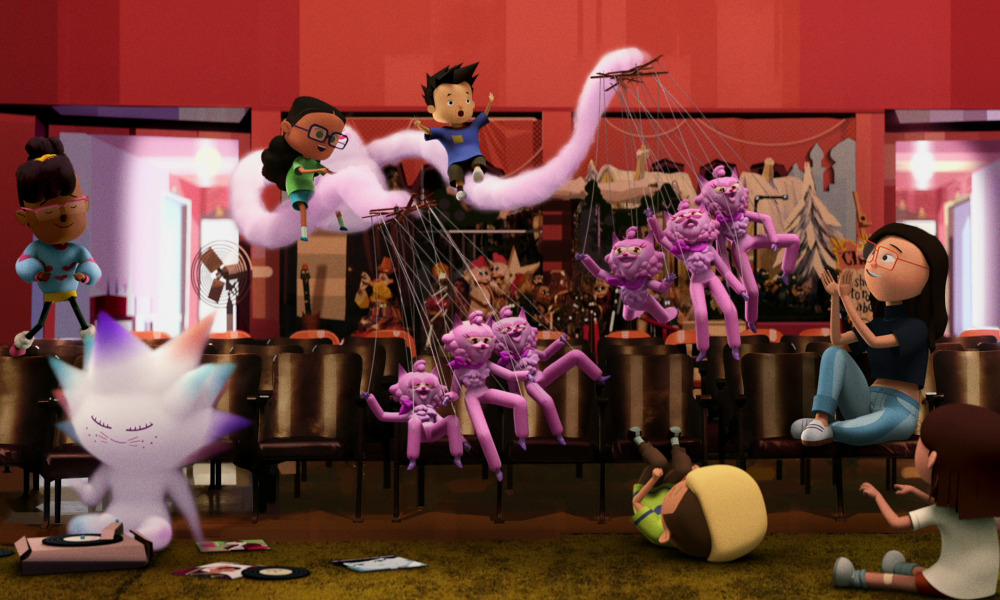 The nominations for the 82nd Peabody Awards are in, with one animated nominee standing tall in the prestigious ceremony. Vying with the Colin Kaepernick coming-of-age drama Colin in Black & White in the Children’s & Youth category is the Netflix Original Series City of Ghosts.

Created by Elizabeth Ito, the series blends animated character and live-action settings to follow the “Ghost Club” kids as they venture around Los Angeles, interviewing ghosts and learning about the city’s multicultural historyRead more about the series in Animation Magazine‘s feature story here. 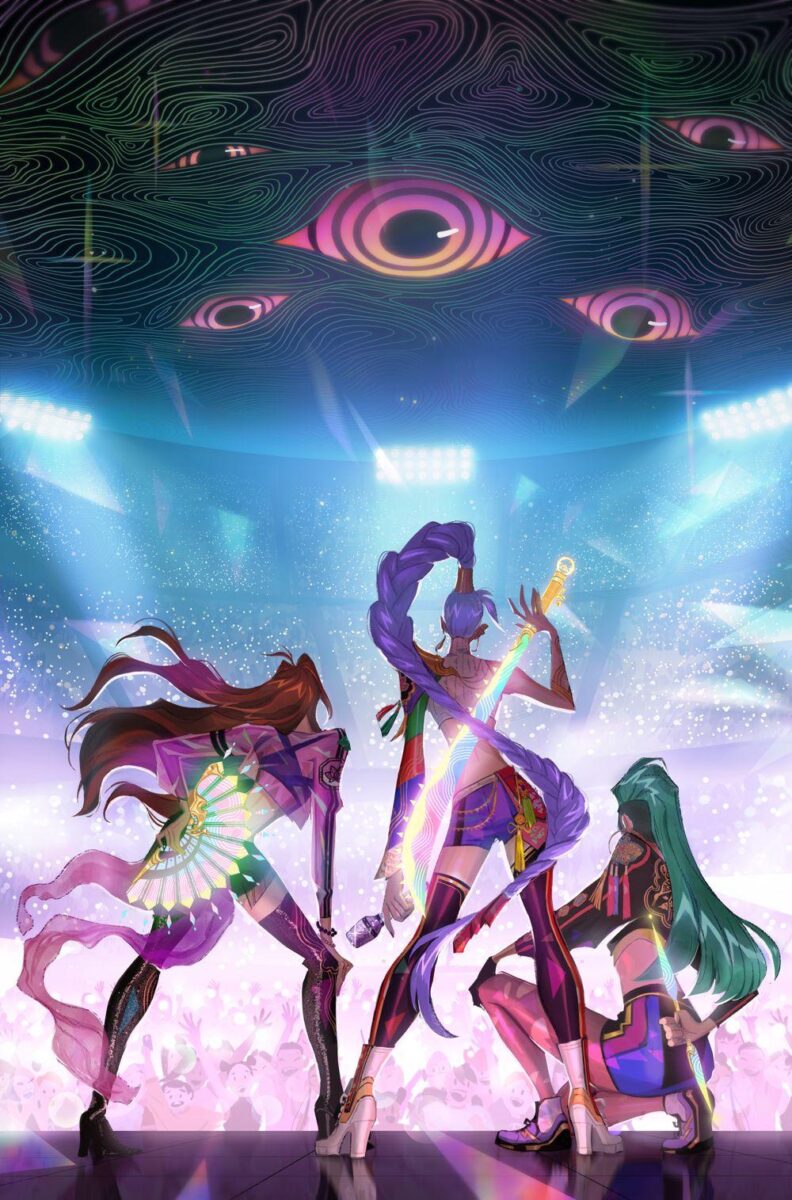 Netflix might soon tie up with another envelope-pushing Sony Pictures Animation project, if recent internet sleuthing bears fruit. According to What’s On Netflix, the streamer recently registered two filings tied to the upcoming animated feature K-Pop: Demon Hunters, similar to those related to the just-confirmed Nimona movie. The film was just announced to be in the works in March 2021, so there’s probably time to speculate.

Story artist Maggie Kang (The Croods: A New Age, Trolls) is set to make her directorial debut on K-Pop: Demon Hunters, alongside Wish Dragon helmer Chris Applehans. The film is described as a musical action adventure that follows the story of a world-renowned K-Pop girl group, as they balance their lives in the spotlight with their secret identities as bad-ass demon hunters, set against a colorful backdrop of fashion, food, style and the most popular music movement of this generation.

At the weekend global box office, Sonic the Hedgehog 2 (Paramount) continues to race to the chart-topping debuts around the world, landing as the worldwide No. 1 thanks to an additional $37 million in overseas tickets plus a $71M domestic debut, which beat the first flick’s opening and helped bring the sequel’s total to $141M ($70M international). The Blue Blur came in first in key markets including Mexico ($6.3M), Brazil ($3.4M) and Italy ($1.7M) this frame, and continued its streak in the U.K. ($14M gross), France ($9M), Australia ($5.4M), Germany ($3.8M) and Spain ($3.7M).

Meanwhile, The Bad Guys (Universal/DreamWorks) took in another $7.5M from 43 markets for a $40.3M total ahead of its U.S. debut on April 22. And Sing 2 (Universal/Illumination) has officially hit $400M worldwide, making it the first Hollywood animated movie to reach this milestone since Frozen 2, and the only Top 10 animated studio film to do so during the pandemic. The two-movie franchise has now grossed $1.036 billion worldwide. 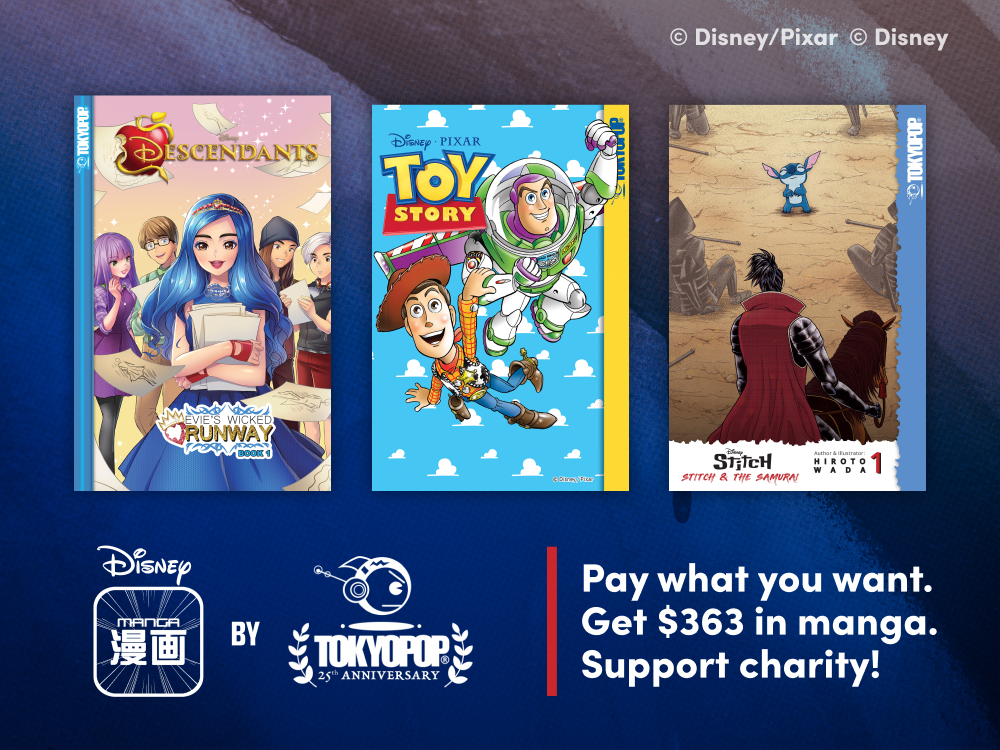 Humble Bundle and TOKYOPOP have teamed up to launch a brand new ebook bundle, titled Disney Manga by TOKYOPOP. Live now through April 27, the magical collection features a plethora of Disney manga worth over $363 in total, for a ‘pay what you want’ pricetag. Fans can enjoy popular titles including Toy Story, The Nightmare Before Christmas: Zero’s Journey, Stitch!, WALL•E, and many more. To access the content, customers will need to create or log in to their eBooks.com account.

A portion of the proceeds will be donated to two charities, First Book and Girls Who Code. First Book aims to remove barriers to quality education for all kids by making everything from new, high-quality books and educational resources affordable to its member network of more than 500,000 educators who exclusively serve kids in need. Girls Who Code aims to support and increase the number of women in computer science by equipping young women with the necessary computing skills to pursue 21st-century opportunities.

Backlight announced the acquisition of ftrack as part of a $200M+ investment and launch. With this acquisition, Backlight is providing more support to this middle-market software and technology-enabled services company to help accelerate growth.

ftrack is the creator of ftrack Studio, cineSync and ftrack Review, the Emmy and Academy Award-winning production tracking, interactive media review and team collaboration platforms for the creative industries. ftrack’s solutions are designed for producers, supervisors, artists and pipeline developers to collaborate with anyone, anywhere. 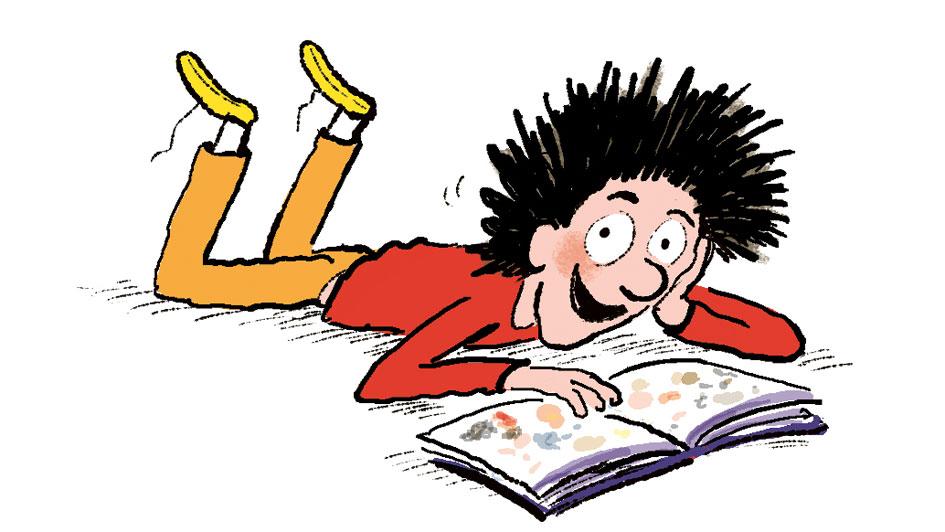 Pyramide Productions and the SUPERPROD Group are developing a family live-action comedy movie based on the Anatole Latuile comic-book series created by Olivier Muller, Anne Didier and Clément Devaux, which have appeared in the newspaper J’aime lire since 2005. Fifteen volumes (Bayard) have been published to date, selling over 1,660,000 copies. Jean-André Yerles and Jonathan Barré are writing the film alongside Didier and Muller, and Jonathan Barré is directing. Shooting is scheduled for 2023.

The comics feature Anatole Latuile, a schoolboy whose antics frequently land him in a series of disasters. His teacher, Mrs. Goulominoff, and the school principal, Mr. Auzaguet, are thoroughly overwhelmed by this talented troublemaker. His classmates, Jason Bombix, Henriette Bichon and Naomie Crumble, take advantage of Anatole’s mischievous creativity on a daily basis. He has no shortage of risky yet amusing ideas for extending recess, anticipating a surprise test or recovering a confiscated object.

And now, for your moment of zen: We’re really digging Japanese motion designer Hiromu Oka‘s colorful, energetic, yet meditative intro for TV Asahi’s new program Hodo Station. In this interview with It’s Nice That, Oka explains how he created an animated Risograph effect that he hopes will bring the art print technique to a wider audience.

Animation Producer Jan Rogowski Dies at Age 41
Trailer: Nap Time’s Over for ‘The Boss Baby: Back in the Crib’