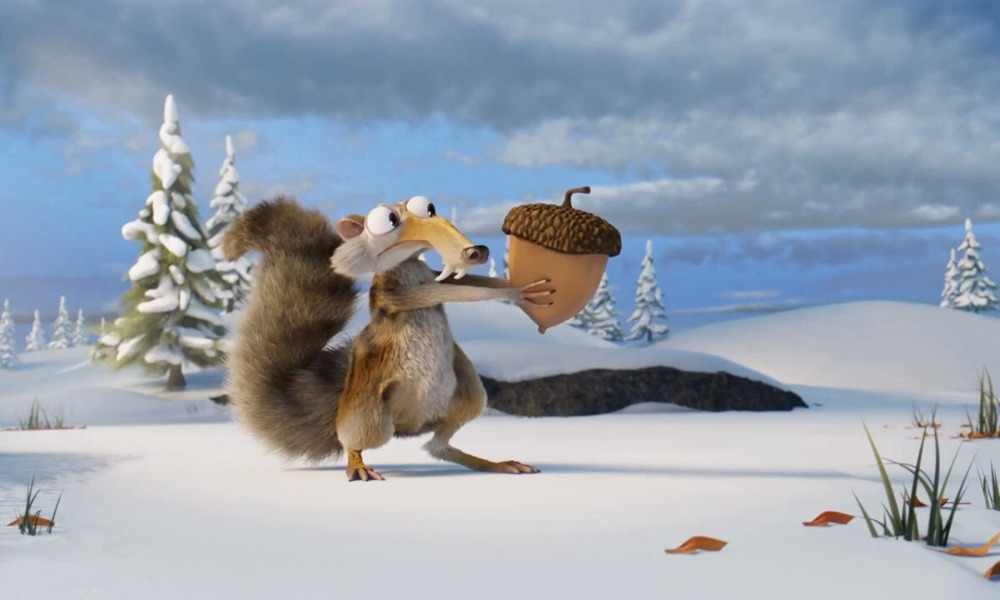 Scrat's dreams come true at last in 'The End'

In a fitting animated adieu, the runaway slapstick star of the Ice Age franchise finally tastes victory. In the half-minute short, appropriately titled The End, Scrat the saber-toothed squirrel once more happens upon his precious acorn, clutching it to his chest and fearfully peering around for what new threat, thievery or accident will take it from his grasp … but, at long last, he is able to chow down in peace. The mini short was created by a small team of artists at Blue Sky Studios in its final day, as “a send-off on [their] own terms.” (H/T Gamespot.)

Previously owned by 20th Century Fox, Blue Sky was swept up in the Disney acquisition of 2019. Claiming it could not afford to operate a third in-house studio, the Mouse House shuttered the Greenwich, Connecticut studio in 2021. Disney is holding onto the Blue Sky IP, with a focus on the $6 billion Ice Age franchise. A series of Scrat shorts were released on Disney+ this week. Blue Sky’s final feature was Spies in Disguise (2019); the studio was well into production of a Nimona adaptation when it was closed, and the property has since been picked up by Netflix. 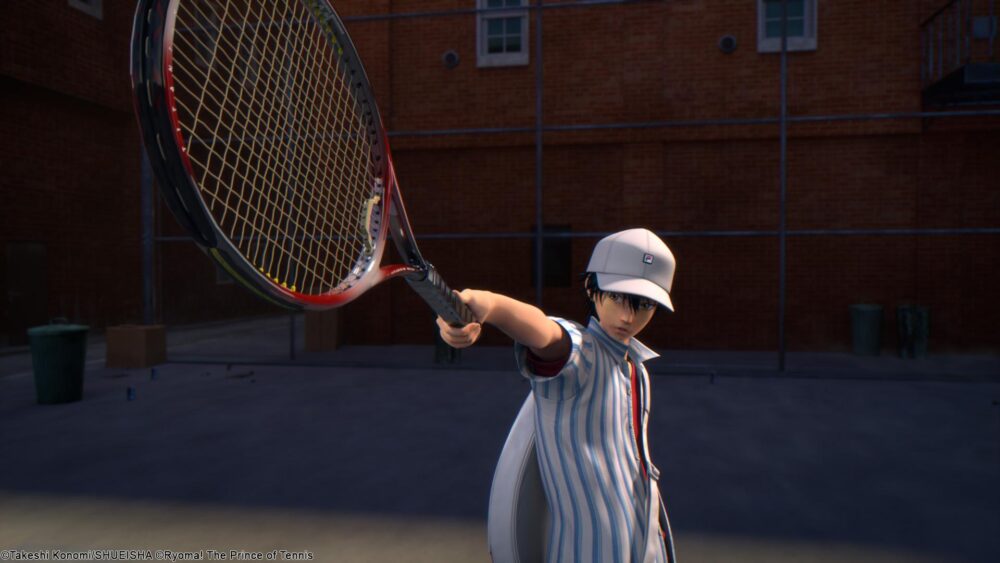 Ryoma! The Prince of Tennis

Iconic Events Releasing has announced that tickets are now on sale for nationwide screenings of Ryoma! The Prince of Tennis <Decide>, presented in partnership with anime distributor Eleven Arts and Anime Expo, the nation’s premiere anime fan convention, for its inaugural AX Cinema Nights on May 12. Tickets can be reserved at princeoftennismovie.com.

Eleven Arts will also release an original English dub of Ryoma! The Prince of Tennis <Decide>. Fans of the long-established franchise can watch both versions of the film (original Japanese audio with English subtitles and original English audio) at more than 250 participating theaters in cities across the U.S. The film will hit Canadian theaters at a later date, TBA.

Based on Takeshi Konomi’s sports manga (more than 60 million copies sold over 22 years), the new feature film centers on tennis prodigy Ryoma Echizen. Inspired by his tennis champion father, Ryoma is determined to take his game to the next level and train in the U.S. But in the middle of an intense tennis battle to save his classmate Sakuno from dangerous villains, they somehow find themselves transported back to the past, just as Ryoma’s father is about to undertake his final championship match at the U.S. Open — when he was mysteriously forced to retire. (Read more.) 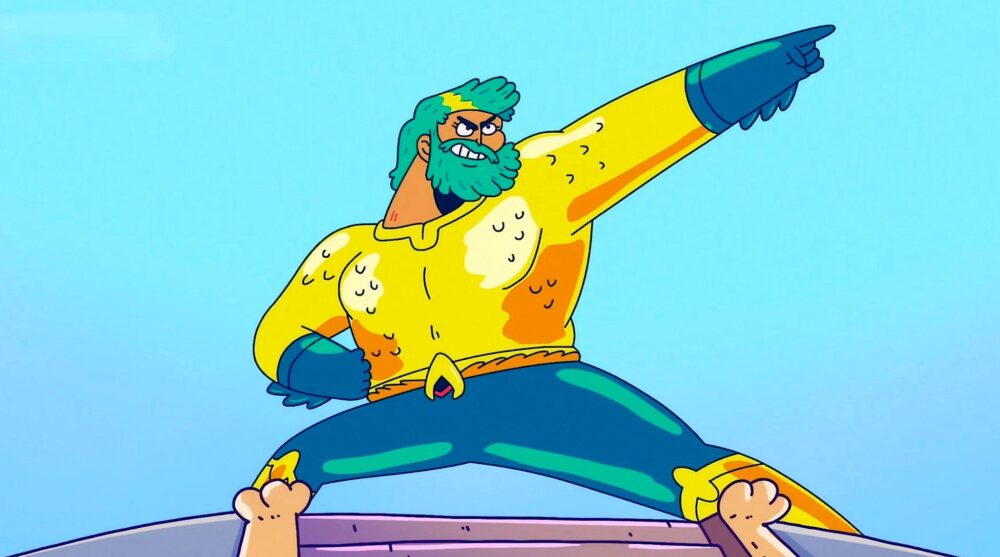 Warner Bros. Home Entertainment has set a new date for the movie-fied home release of Aquaman: King of Atlantis, which will now arrive on Digital and DVD (U.S. $14.99 SRP; Can. $19.99 SRP) on June 21. The launch was pushed back in order to increase the set’s visibility on shelves.

Produced by Warner Bros. Animation, the mini-series premiered on HBO Max on October 14 to rave reviews from both critics and fans alike. James Wan (Aquaman) served as executive producer through his Atomic Monster production company on this playful reimagining of the iconic DC Super Hero and tells an original tale about Aquaman’s first adventures as King of Atlantis. Full of monstrous marine creatures, devious foes and incredible underwater adventures, the action-packed 2D series is repackaged as a feature-length movie for the home release. (Read more.)

West Side Story … But with a Velociraptor

Maxon is at the helm of the next viral meme: Velociraptors in major motion pictures. Following the April Fool’s Day release of Universe Raptorize, a clever take on a joke from Maxon’s VFX and Chill dynamic duo Daniel “Hashi” Hashimoto (a.k.a. Action Movie Dad) and Seth Worley, more and more films have become overrun by the iconic raptor made famous nearly three decades ago in the Steven Spielberg classic, Jurassic Park.

Originally, the team joked that Universe Raptorize software was a way to easily convert Tom Cruise, in any footage, into Velociraptor Cruise in movies like Mission Impossible and Jerry Maguire. The next iteration of Maxon’s Reptilian movie franchise followed the star-crossed lovers, Maria and Tony, as they navigate their doomed romance — Spielberg’s West Side Story became even more tragic as a human woman falls in love with a Raptor. (Enjoy more Raptorized cinema gems by followedin the @ButWithRaptors Twitter account.)

Get ready for the next evolution of original content as IDW, the award-winning publisher of comic books and graphic novels, announces a slate of new original projects by New York Times best-selling authors, some of the industry’s finest artists and writers, and newcomers destined for greatness. “This is an unprecedented moment in IDW’s history, and there’s been a tremendous team effort from our creative and editorial teams and everyone at the company to develop a stellar slate of original stories — and we’re having a blast doing it!” said Mark Doyle, editorial director of Originals. The first nine projects announced are: 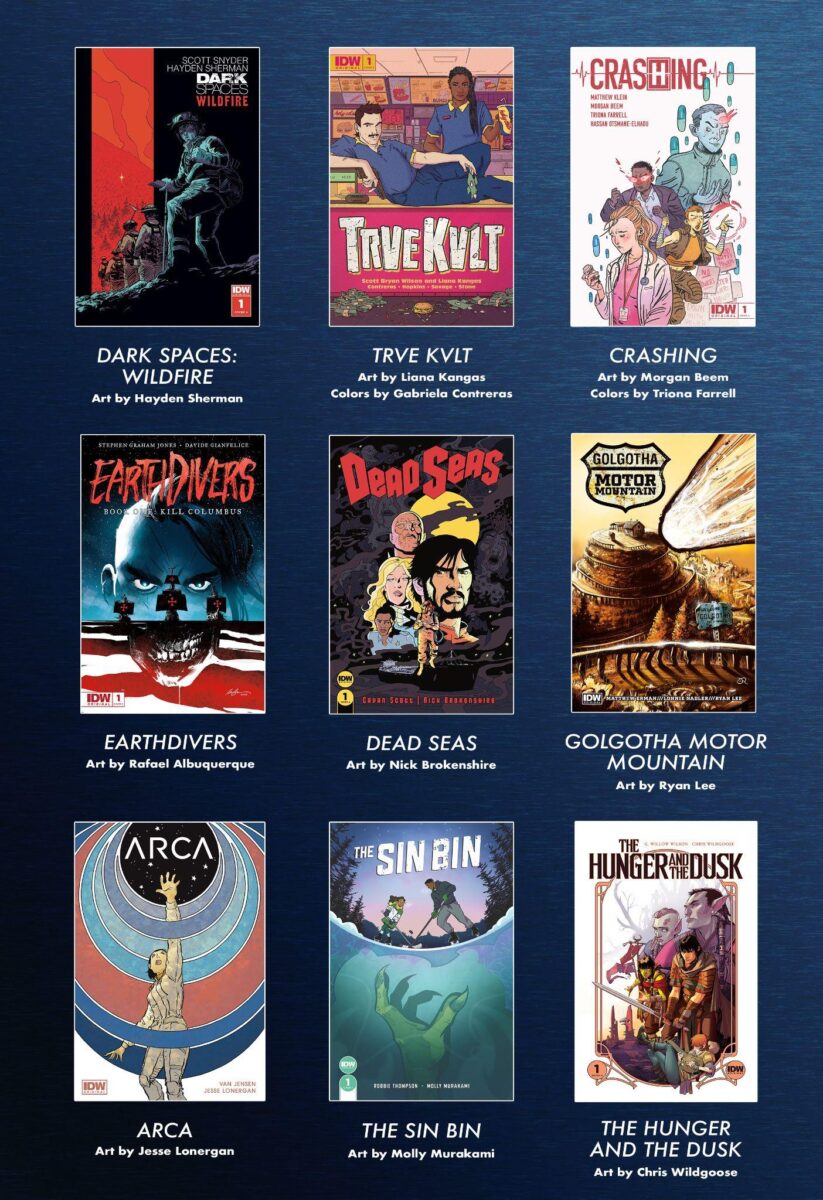 Fans of the Keyframe podcast will be excited to hear that the U.K.-based Geek Show collective are returning to the world of animation and anime for a new appreciation ‘cast, The Dreaming Machine (one assumes the name nods to Satoshi Kon’s unfinished film of the same name).

The “new and revamped” version of the podcast offers a blend of short, spoiler-free introductions (You Should Be Watching…) and longer, episode-by-episode analyses (Deep Dive) of titles from around the world, as well as more general discussions among the superfan hosts. So far, series like She-Ra and the Princesses of Power, Code Geass, Hilda, Avatar: The Last Airbender, Hilda and Amphibia have been processed through The Dreaming Machine. You can find episodes online here or wherever you get your podcast fix.