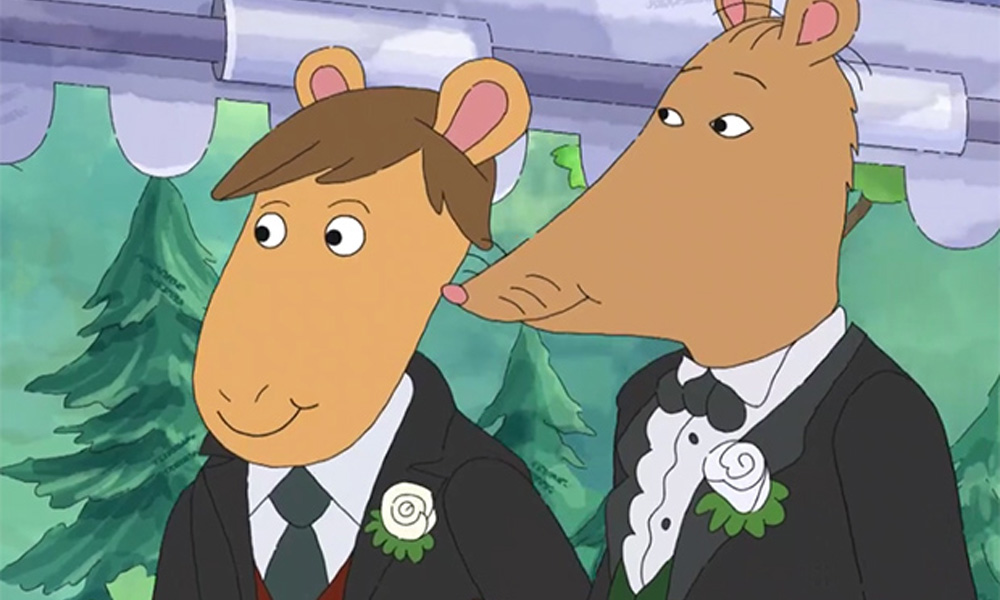 Mr. Ratburn and the Special Someone

A Compendium of ‘Sesame Street’ Characters
This feel-good infographic and video from PlaygroundEquipment.com are a sweet trip down Muppet memory lane, celebrating 50 beloved characters in honor of the show’s 50th anniversary! Each character’s portrait includes their name, brief description, first episode and year of introduction — some even have quotes that will take you right back to your favorite Sesame Street moments.

’Game of Thrones’: CG Animation Is the Reason Ghost Was Not Petted by Jon Snow, Says Director David Nutter
Sign my petition to include alternate Maximum Petting versions of all Jon/Ghost scenes in future home entertainment releases of HBO’s eight season heartbreak.

Disney CEO Bob Iger Confirms Talks to Buy Out Comcast’s 33% Stake in Hulu
The Mouse House currently owns 67% of the streaming platform, having taken over Fox and buying AT&T’s 10% for $1.4 billion. With that deal reportedly valuing Hulu at $15 billion, Comcast could get $5 billion in a sale. As for Comcast’s NBCUniversal shows on the streamer, Iger seems confident the companies could maintain a programming relationship. P.S. – New inhouse SVODs from both Disney and NBCU are coming in the near future.

Disney Creates Winnie the Pooh Animation as Gift to Prince Harry, Duchess Meghan and Baby Archie
Disney UK launched the Facebook video, a 25-second animation drawn by senior principal artist Kim Raymond which shows Pooh carrying a book for the new royal baby from his home in Hundred Acre Wood to Windsor Castle to enjoy with the happy family. Archie Harrison Windsor-Mountbatten was born May 6.

Arthur’s Teacher Mr. Ratburn Is Gay & Finally Got Married
In a new episode of the long-running PBS KIDS series, “Mr. Ratburn and the Special Someone,” Arthur’s third grade teacher ties the knot — and the Twittersphere of fans who grew up with the show in the ‘90s and aughts is here for it! Cheers to Mr. Ratburn, true love, and queer representation in mainstream animation. Oh, and an extra cheer for Mr. Ratburn’s suit-rocking sister voiced by Jane Lynch.

Nobody talk to me abt nething but mr nigel ratburn n his husband Patrick n jane lynchs fursona were on a 24/7 arthur lockdown pic.twitter.com/2gKCr2aInl