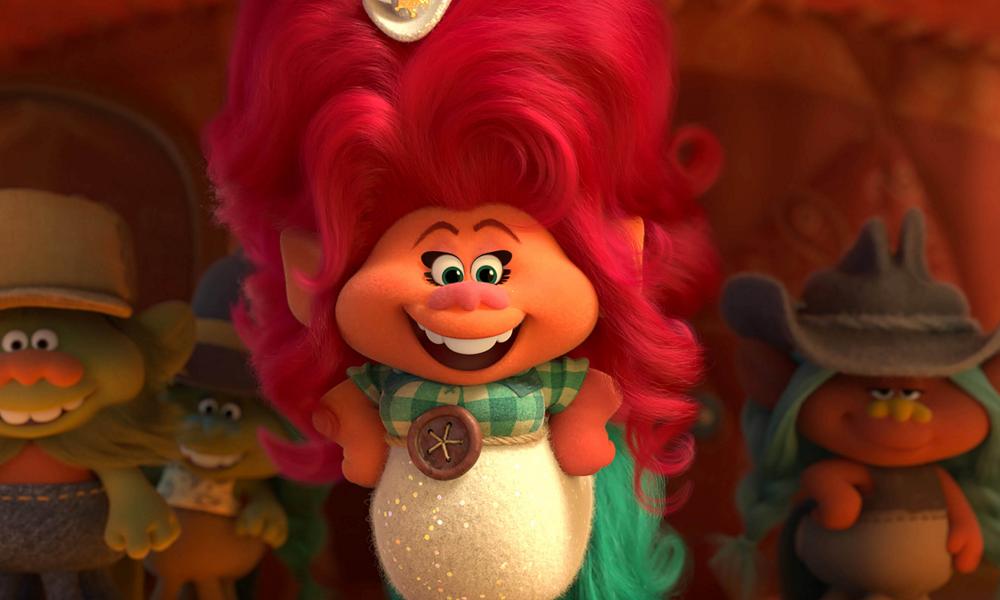 ‘Trolls World Tour’ Intrepid PVOD Release Nears $100M
Universal’s decision to take DreamWorks Animation’s highly anticipated family sequel into homes at the 48-hour rental price of $19.99 during the COVID-19 theatrical shutdown has reportedly racked up an estimated $95M in rental fees in the title’s first 19 days. With VOD terms in the studio’s favor at an estimated 80%, Universal is banking an estimated $77M in revenues before marketing expenses. However, this uncharted territory raises questions about what effects this will have on the film’s revenue downstream, vis-a-vis cheaper rental release windows, home entertainment — and what it means for the future relationship between studios and cinemas.

The PVOD experiment was so successful that Universal Pictures announced Tuesday it will continue to release first-run movies on demand as well as in theaters. In retaliation, AMC Theatres — the largest chain in the U.S. — announced that it will no longer screen any Universal films in its 1,000 locations worldwide: “This radical change by Universal to the business model that currently exists between our two companies represents nothing but downside for us and is categorically unacceptable to AMC Entertainment,” CEO Adam Aron wrote to Universal chairman Donna Langley.

The studio responded with the following statement:

“Our goal in releasing Trolls: World Tour on PVOD was to deliver entertainment to people who are sheltering at home, while movie theatres and other forms of outside entertainment are unavailable. Based on the enthusiastic response to the film, we believe we made the right move. In fact, given the choice of not releasing ‘Trolls: World Tour,’ which would not only have prevented consumers from experiencing the movie but also negatively impacted our partners and employees, the decision was clear.

Our desire has always been to efficiently deliver entertainment to as wide an audience as possible. We absolutely believe in the theatrical experience and have made no statement to the contrary. As we stated earlier, going forward, we expect to release future films directly to theatres, as well as on PVOD when that distribution outlet makes sense. We look forward to having additional private conversations with our exhibition partners but are disappointed by this seemingly coordinated attempt from AMC and NATO to confuse our position and our actions.”

ASIFA-Hollywood Announces 2020 Faculty Grant Recipients
The recipients appointed for the fourth annual grants by the org’s Animation Educator’s Forum, selected from applicants across Australia, Brazil, India, Turkey, the U.K., Canada and the U.S., are:

Ibero-American Animation Quirino Awards Announce Key Dates for Online Version
The online awards ceremony will be streamed through the Quirino Awards YouTube channel on June 27 at 8 p.m. CET (3 p.m. AST/BST, 1 p.m. CST), capping off the “Quirino Month” of activities and events structured around the Co-Production and Business Forum.

From May 26 to June 10, the Forum will organize digital meetings between nearly 90 companies (producers, distributors, broadcasters, sales agencies, etc.) Highlights also include a promotional presentation by the Ibero-American Animation League on May 28, and the La Liga Award pitch for Chilean series project Firsts created by Bernardita Ojeda (Pajaro/Typpo Creative Lab), selected at Ventana Sur’s Animation! event in December. More details will be announced at Quirino’s press conference on May 25.

Cardiff Animation Festival Brings New Events Online During Lockdown
In addition to bringing the bi-monthly Cardiff Animation Nights indie shorts screenings online via YouTube (reaching three times their usual audience!), CAF has set some exciting virtual events for animation fans of all ages as well as professionals for May.

Cardiff Animation Kids takes over the livestream on Saturday, May 2 at 10:30 a.m. (BST), featuring the world premiere of Alisa Stern’s stop-motion short Sum of Its Parts. Following on at 4 p.m., animation director Lorraine Jordan will give a live masterclass from Ireland, presented in collaboration with ScreenSkills, to discuss life in lockdown, balancing short film passion projects with major feature film roles, and shares what she’s learned on her impressive career journey which has taken her to Cartoon Saloon (Puffin Rock, The Breadwinner) and around the world.

On Tuesday, May 5 at 6 p.m., aspiring animators and artists looking to brush up their skills can join the online character design workshop with Welsh animator/multi-disciplinary visual and performing artist Kyle Legall, presented in collaboration with Cinema Golau. Legall began his career making animated films about black history and his community in Butetown, Cardiff, writing, directing, designing and animating short films for Channel 4 and S4C.

‘One Day at a Time’ to Do Animated Special Amid Coronavirus-Related Production Shutdown
Pop TV’s reimagining of the Norman Lear classic will air the tooned up episode this spring, as all of Hollywood’s live-action filming remains halted. Exec producer/co-showrunner Gloria Calderón Kellett, whose husband is a cartoonist, brought up the idea.

The animated special centers on a visit from Penelope’s conservative family. Penelope dreads that with the election coming up, they won’t be able to avoid fighting over politics. The Alvarez family spends the episode discussing strategies of how to get through it, illustrated through fantasy sequences. Jonas Diamond, EP & Co-Owner of Toronto’s Smiley Guy Studios is overseeing the animation. One Day at a Time is produced by Sony Pictures Television.

Awards Rules & Campaign Regulations for 93rd Oscars
COVID-19 is shaking up Academy Awards seasons. Due to the closure of all L.A. County movie theaters, films released on commercial streaming/VOD are now eligible for Best Picture under these provisions:

These rule exemptions will be removed after theaters reopen. However, to ease the theatrical release process, the Academy will expand qualifying theaters beyond L.A. to additional cities such as New York, the Bay Area, Chicago, Miami and Atlanta. Film festivals that have been impacted by the COVID-19 pandemic may provide films online through either a transactional pay wall or password-protected entry.

Notable campaign regs changes include a lift on the bar to using quotes from Academy members not directly associated with the film on advertising (still applies to governors, Awards & Events committee members). All screeners must include closed captioning. This is the last year that the distribution of DVD screeners, physical music CDs, screenplays and hardcopy mailings will be allowed, as part of the Academy’s sustainability effort. Film companies can now send notices of availability for song and bake-off materials on the Academy’s streaming platform after nominations.