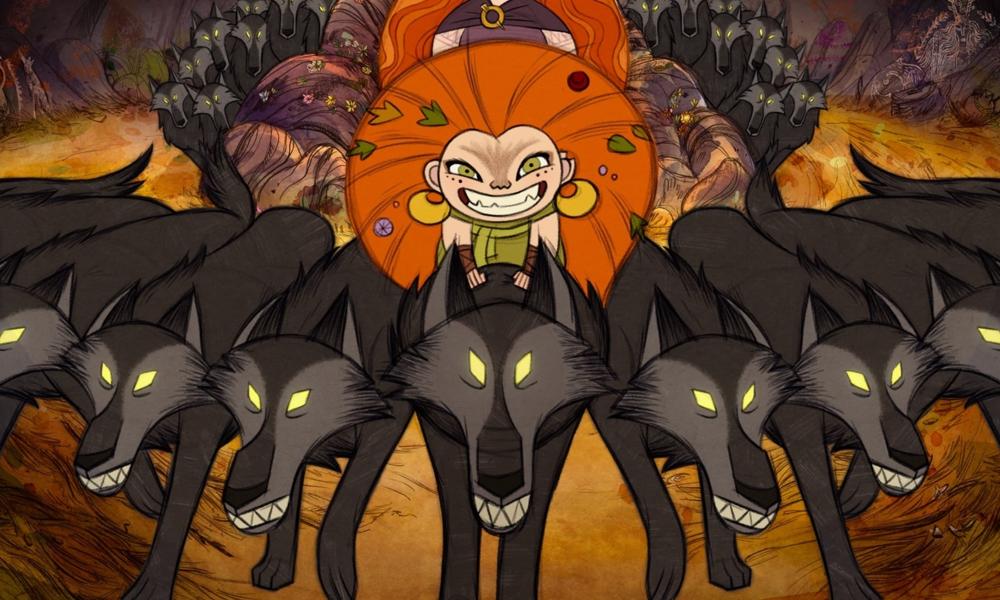 GKIDS will bring Wolfwalkers to cinemas nationwide, with the film set to open in 500 theaters starting November 13. Tickets are available now at WolfwalkersMovie.com, and participating theater box offices.

The U.S. theatrical release will include multi-day event screenings in partnership with Fathom Events on November 13, 14 and 15, as well as simultaneous full theatrical runs with Landmark, Angelika, LA’s Vineland drive-in, and other independent theaters nationwide and in Canada starting November 13. The film premieres globally on Apple TV+ on Friday, December 11.

You can read all about Wolfwalkers in Ramin Zahed’s feature story for Animation Magazine here.

An Apple Original Film, Wolfwalkers is the latest from two-time Academy Award-nominated director Tomm Moore (Song of the Sea, The Secret of Kells) and director Ross Stewart (The Secret of Kells), and co-produced by the award-winning animation studios Cartoon Saloon (Oscar and Golden Globe nominee, The Breadwinner) and Melusine Productions (Oscar nominee, Ernest & Celestine).

Wolfwalkers made its world premiere at the Toronto International Film Festival this year to rapturous reviews and won the top audience award at AFI Fest, the first time an animated film has taken home the prize. The film currently has a Metacritic scale of 94, and is 95% positive on Rotten Tomatoes, making it one of the best reviewed films of the year.

GKIDS has a long-standing relationship with Cartoon Saloon, having distributed Tomm Moore’s Oscar nominated The Secret of Kells and Song of the Sea, and Nora Twomey’s The Breadwinner. In addition to handling distribution, GKIDS principals Eric Beckman and Dave Jesteadt are executive producers on both The Breadwinner and Wolfwalkers.