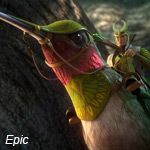 Just in time for Thanksgiving, animation fans have a new sneak peek at Fox/Blue Sky’s 2013 feature Epic. Directed by Chris Wedge, the film is based on William Joyce’s hugely popular book The Leaf Men and the Brave Good Bugs.

The storyline follows a teenage girl named Mary Katherine (voiced by Amanda Seyfried who is transported into a magical forest when she must team up with an eclectic group of characters to save their world from forces of evil. The voice cast that includes Beyonce Knowles, Colin Farrell, Josh Hutcherson, Johnny Knoxvile, Aziz Ansari, Pitbull, Jason Sudeikis, Steven Tyler, Blake Anderson and Judah Friedlander. The pic’s sweeping music is composed by Danny Elfman. The 3-D movie Epic opens in theaters on May 24. 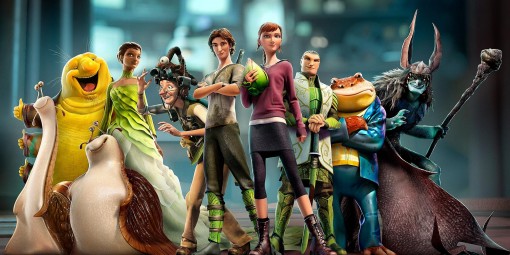 ‘Evangelion 3' is Biggest Japan B.O. Opener of the Year
GKIDS Picks Up ‘Grave of the Fireflies’