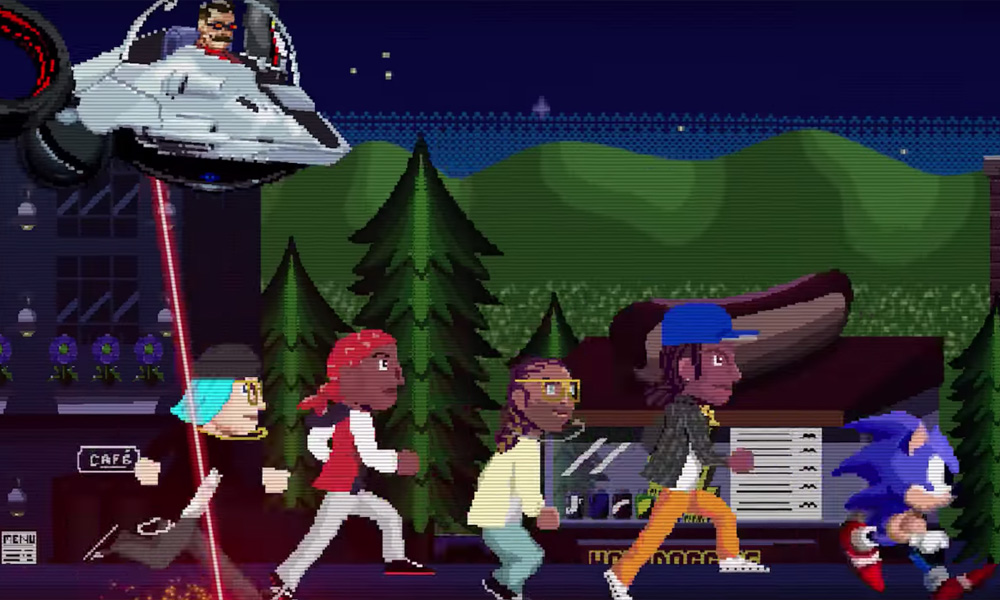 Ahead of the February 14 release of Paramount Pictures’ upcoming major motion picture, Sonic The Hedgehog, hip-hop superstars Wiz Khalifa, Ty Dolla $ign, Lil Yachty and Sueco the Child have teamed up for a new single titled, “Speed Me Up.” Together, the group mixes rapid fire lyrics over hip-hop infused ‘80s nostalgia production for a collaboration of blockbuster proportions. The single is available for download and streaming across major platforms.

The new music video will make its broadcast premiere on MTV’s Grammy special airing January 24. The song will also appear throughout the film’s marketing campaign leading up its release on February 14.

“Speed Me Up” was overseen by Kevin Weaver, President, Atlantic Records West Coast (soundtrack album producer of Birds of Prey, The Greatest Showman, Suicide Squad, Furious 7, The Fault in Our Stars, The Fate of the Furious). Named by Rolling Stone as a “soundtrack guru,” Weaver is a Grammy Award winner and five-time nominee, who has produced numerous multi-platinum soundtrack projects that have amassed tens of millions of albums sold worldwide.

Based on the global blockbuster videogame franchise from Sega, Sonic the Hedgehog tells the story of the world’s speediest hedgehog as he embraces his new home on Earth. In this live-action adventure comedy, Sonic and his new best friend Tom (James Marsden) team up to defend the planet from the evil genius Dr. Robotnik (Jim Carrey) and his plans for world domination. The family-friendly film also stars Tika Sumpter and Ben Schwartz as the voice of Sonic.

Sonic the Hedgehog opens in theaters February 14, tickets are on sale now.