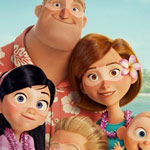 Spring has sprung, which means the summer blockbuster season is nearly upon us — which means we are just that much closer to the release of Brad Bird’s hotly anticipated sequel, Incredibles 2! Now that we’ve been acquainted with the characters and been treated to an exhilarating first look, Pixar has dropped a new poster themed on a tropical family vacation photo-op — complete with sunglass tan lines and tropical prints.

Synopsis: In Incredibles 2, Helen (voice of Holly Hunter) is called on to lead a campaign to bring Supers back, while Bob (Craig T. Nelson) navigates the day-to-day heroics of “normal” life at home with Violet (Sarah Vowell), Dash (Huck Milner) and baby Jack-Jack — whose superpowers are about to be discovered. Their mission is derailed, however, when a new villain emerges with a brilliant and dangerous plot that threatens everything. But the Parrs don’t shy away from a challenge, especially with Frozone (Samuel L. Jackson) is by their side. That’s what makes this family so Incredible. 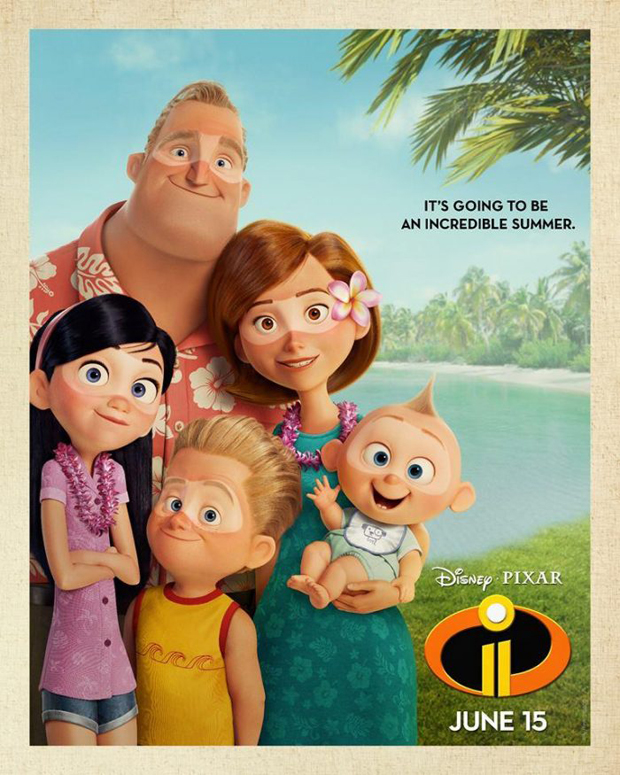