Vivement Lundi! and co-production partner Novanima Productions have released a new poster and trailer for Under Your Fingers — a moving and beautiful 2D animated film which took the Best Animated Short award at the New York International Children’s Festival and has been shortlisted for Academy Award consideration.

The day of her grandmother’s cremation, Emilie, a young mixed-race Asian girl, buries herself in her grandmother’s mementos. She uncovers memories of Hoa’s Indochina, her romantic encounter with Jacques (a French colonial), the birth of Linh (Emilie’s mother) and her tragic departure to France in 1956. She relives with Linh the arrival into the camp of Sainte-Livrade, the exploitation of the Indochinese women by the market gardeners of Lot-et-Garonne. Between memories, dance, anger and traditional rituals, Emilie learns to accept this heritage. 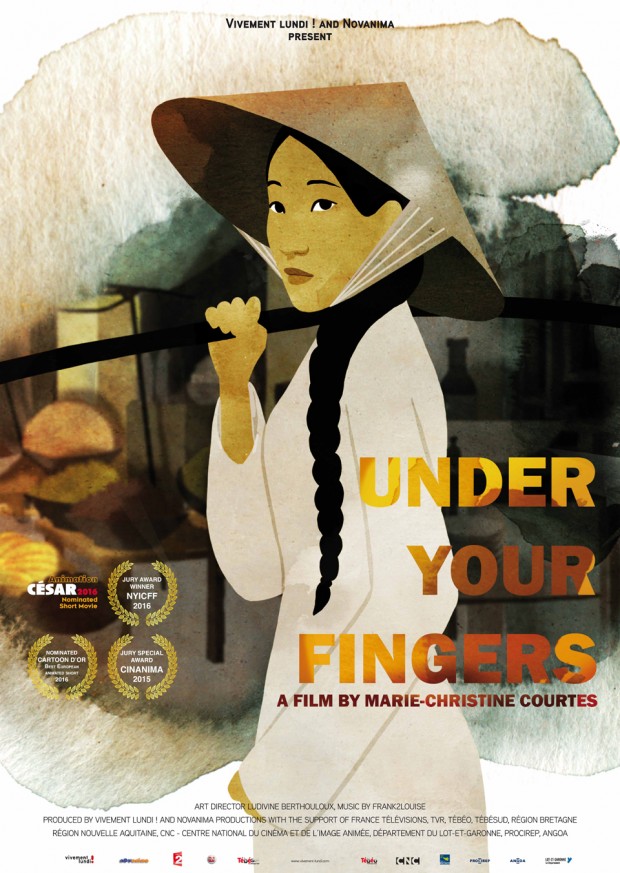