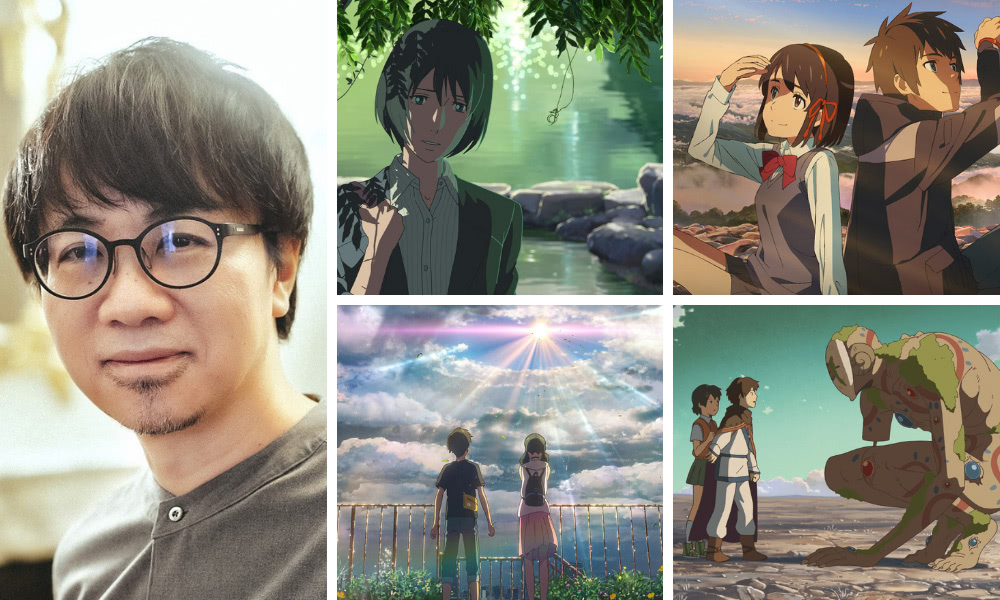 CoMix Wave Films, STORY Inc. and Toho Co., Ltd. held a press conference to announce the production of a long-awaited new film from acclaimed animation director Makoto Shinkai. The Japanese title was revealed as Suzume no Tojimari, which roughly translates as “Suzume’s door is closed” (English title TBC). The film is described as “a road movie that depicts the liberation and growth of a girl called Suzume who travels around Japan to various abandoned places to close the doors of calamity” will be released in Fall 2022.

The “Shinkai World” of cinema that weaves stories about youth with beautiful colors and unique music captivates many people across boundaries and generations, and the films that illustrate it have been highly praised. Now, following Your Name. (2016) and Weathering With You (2019), the production of his first new film in three years is ready to begin in April.

The press conference is available to watch on the Toho Movie official YouTube channel here. English-language subtitles are in process and should be applied by Thursday.

Synopsis: Suzume, a 17-year-old girl who lives in a quiet town in Kyushu, meets a young man on a journey “looking for doors.” Suzume follows him to a ruin to a dilapidated building in the mountains and finds a free-standing, undisturbed door as if “it” alone were saved from devastation. Suzume feels drawn by an invisible power and reaches out to the door… Soon, doors all over Japan start opening one after another. The doors that opened must be closed to shut out calamity that lays on the other side. — Stars, sunset, and the morning sky. The places she wanders into have a sky where all hours of the day seem to blend together — Beckoned by the mysterious doors, Suzume’s “journey of closing doors” begins.

Produced by CoMix Wave Films and STORY Inc. and distributed by Toho, Suzume no Tojimari is directed and written from an original story by Shinkai. The key creative team also includes character designer Masayoshi Tanaka (The Flower We Saw That Day), animation director Kenichi Tsuchiya (The Garden of Words) and art director Takumi Tanji (Children Who Chase Lost Voices), who all return to work with Shinkai after Your Name.

Born in 1973 in Nagano Prefecture, Makoto Shinkai made his commercial debut in 2002 with his self-produced short film The Voices of a Distant Star. Subsequent highly acclaimed works include his first full-length feature film, The Place Promised in Our Early Days (2004; Best Animated Film – 59th Mainichi Film Concours), 5 Centimeters per Second (2007; Best Animated Feature Film – Asia Pacific Screen Awards), Children Who Chase Lost Voices (2011; Golden Monkey King Award – 8th China International Cartoon and Animation Festival) and The Garden of Words (2013; Best Anime Feature Film – Stuttgart International Festival of Animated Film). His 2016 blockbuster hit Your Name. (2016) made history as the first animated work to be nominated for Director of the Year and win Screenplay of the Year at the 40th Japan Academy Film Prize. Its numerous awards also include Best Animated Film at the 42nd Los Angeles Film Critics Association Awards. Weathering With You (2019) represented Japan in the International Feature Film category at the 92nd Academy Awards. In India, over 50,000 signatures collected from fans prompted Weathering With You to be the first original Japanese animated feature to show in theaters in India.