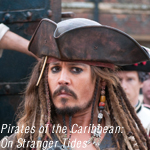 With Pirates of the Caribbean: On Stranger Tides set to sail into theaters May 20, Disney has released two new images and a new trailer for the film. 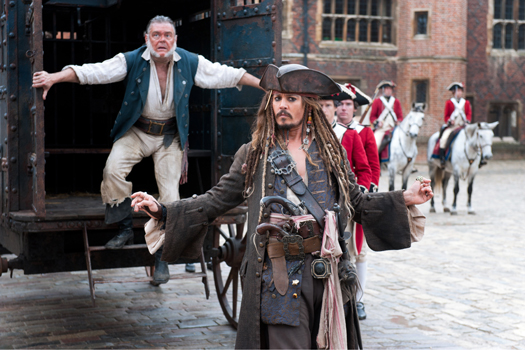 Captain Jack Sparrow (JOHNNY DEPP) and Joshamee Gibbsâ (KEVIN R. McNALLY) are unpleasantly surprised to find themselves at the gates of St. James Palace rather than freedom as they exit a paddy wagon. 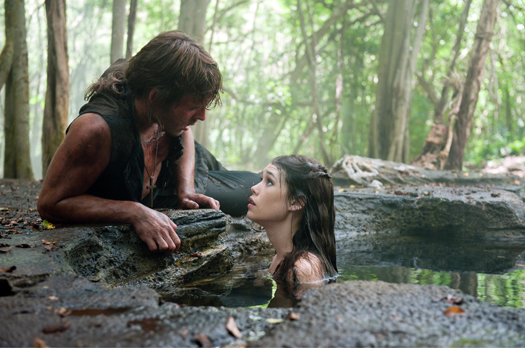 Young missionary Philip Swift (SAM CLAFLIN) and enigmatic mermaid Syrena (ASTRID BERGÃS-FRISBEY) are mysteriously drawn to each other despite the fact that they should be natural enemies.

And now the trailer:

Pirates of the Caribbean: On Stranger Tides is the fourth film in the series based on the classic Disneyland ride. This installment is directed by Rob Marshall and stars Johnny Depp, Penelope Cruz, Ian McShane and Geoffrey Rush. It features visual effects by ILM, Moving Picture Co., Cinesite, Pixel Liberation Front and CIS Hollywood. It will be released by Disney in stereoscopic 3D on May 20.

What do you think? Does this look like a fun ride, or has the magic long faded from this franchise?