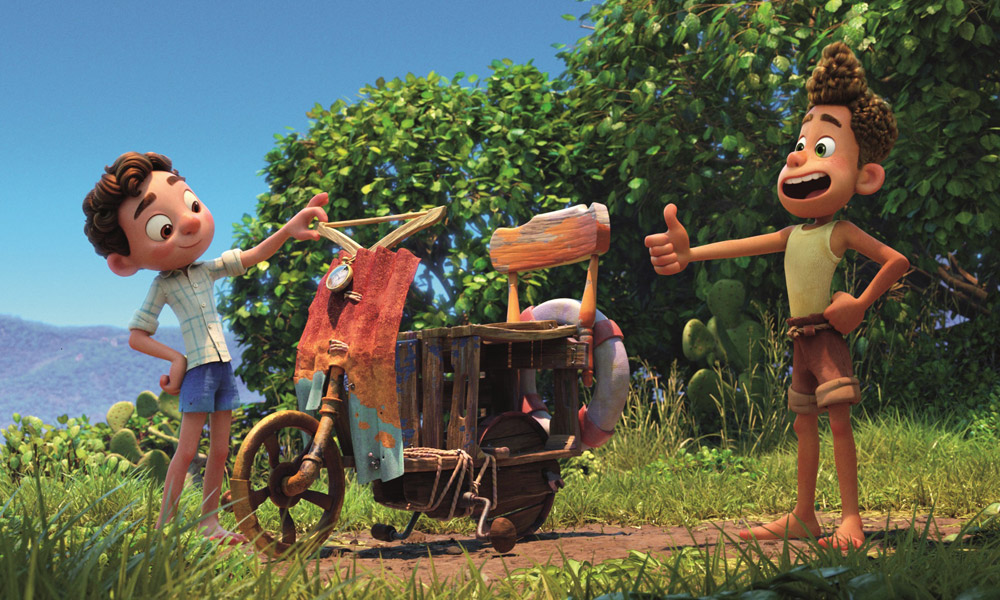 This summer, Disney+ subscribers will get to journey to the beautiful Italian Riviera town of Portorossoin Luca, the new original animated feature from Pixar, premiering June 18.

In celebration of National Streaming Day, the platform has released a fun new featurette showcasing how one friend can change your life forever — a key theme in the movie. Director Enrico Casarosa and members of the voice cast including Jacob Tremblay (Luca Paguro), Jack Dylan Grazer (Alberto Scorfano), Emma Berman (Giulia Marcovaldo), Maya Rudolph (Luca’s mom, Daniela) and Jim Gaffigan (Luca’s dad, Lorenzo) share thoughts about the film and stories about their own childhood friends.

Luca is a coming-of-age story about one young boy experiencing an unforgettable summer filled with gelato, pasta and endless scooter rides. Luca shares these adventures with his newfound best friend, but all the fun is threatened by a deeply-held secret: they are sea monsters from another world just below the water’s surface.

(Read all about the movie in the upcoming June-July ’21 issue of Animation Magazine, No. 311, available soon.)