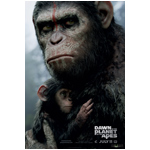 If the new trailer for Matt Reeves’ Dawn of the Planet of the Apes doesn’t whet your appetite for the summer spectacle, we don’t know what will. Destruction, dystopia, gun-toting simian cavalry and adorable baby apes offer something for everyone is this latest peak at the July 11 release from Fox. Check it out:

The film stars Jason Clarke as Malcom, a human survivor of a devastating virus who along with a small group of cohorts forms a strong bond with the apes, lead by Caesar (Andy Serkis). However, the leader of the humans (Gary Oldman) is bent on revenge, as is a distrustful lieutenant of Caesar’s. When their fragile peace is destroyed, both sides are brought to the brink of a war that will determine who will emerge as Earth’s dominant species.

You can find out more about the visual effects of the film in our upcoming July issue of Animation Magazine. 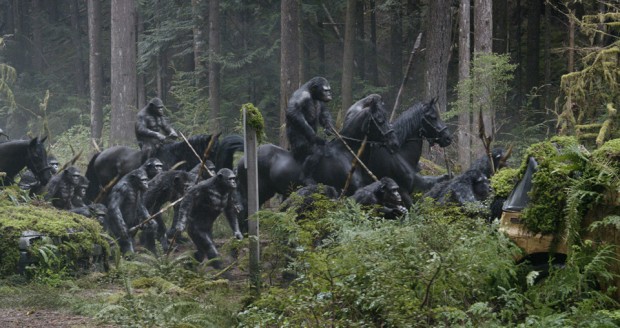