With DreamWorks’ Penguins of Madagascar less than two months away, the studio’s given us a look at the origins of Skipper, Kowalski, Rico and the rest of their danger-loving crew.

The feature film brings the penguins back to the big screen, where they first appeared in the Madagascar trilogy before starring in their own hit TV series.

Here’s how the studio describes the pic:

Super spy teams aren’t born … they’re hatched. Discover the secrets of the greatest and most hilarious covert birds in the global espionage biz: Skipper, Kowalski, Rico and Private. These elitists of the elite are joining forces with a chic undercover organization, The North Wind. Led by handsome and husky Agent Classified (we could tell you his name, but then … you know), voiced by Benedict Cumberbatch. Together, they must stop the villainous Dr. Octavius Brine, voiced by John Malkovich, from destroying the world as we know it.

Penguins of Madagascar is due in theaters Nov. 26. 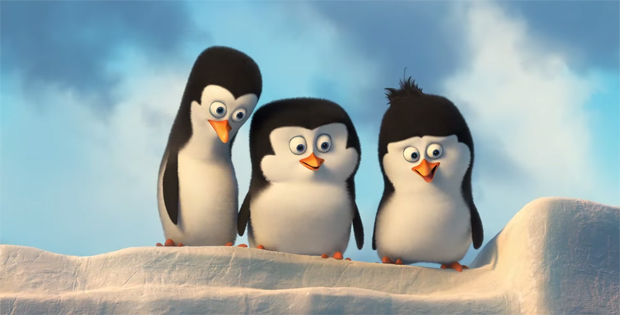