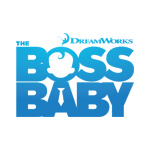 The new theatrical trailer for DreamWorks Animation’s The Boss Baby invites audiences to return to their seats on March 31 to take in a tale not as old as time — and gives a look at some of the cute/comedic highlights of the studio’s latest CG feature. Be our guest and check it out below, and don’t forget to pick up the April issue of Animation Magazine to read all about The Boss Baby.

The film is directed by Tom McGrath and written by Michael McCullers, based on the award-winning picture book by Marla Frazee. Alec Baldwin leads the voice cast as Boss Baby, with Steve Buscemi, Jimmy Kimmel, Lisa Kudrow, and Miles Bakshi as Tim. Ramsey Ann Naito served as producer.

Synopsis: DreamWorks Animation and the director of Madagascar invite you to meet a most unusual baby. He wears a suit, speaks with the voice and wit of Alec Baldwin, and stars in his own animated comedy: The Boss Baby is a hilariously universal story about how a new baby’s arrival impacts a family, told from the point of view of a delightfully unreliable narrator, a wildly imaginative 7-year old named Tim.