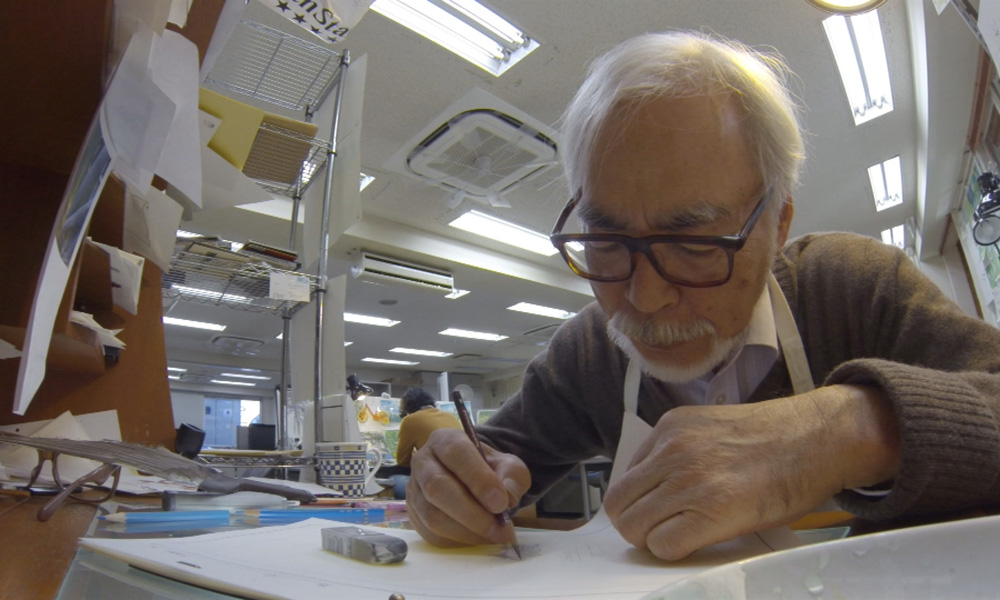 ***This article originally appeared in the January ‘19 issue of Animation Magazine (No. 286)***

Kaku Arakawa’s Never-Ending Man: Hayao Miyazaki, which will play in 500 U.S. theaters in mid-December, captures a key moment in the celebrated director’s career: His decision to abandon retirement and make one more feature. It’s considerably more interesting and focused than Mami Sunada’s rambling The Kingdom of Dreams and Madness (2013), in which the director seemed to be following Studio Ghibli’s resident cat as closely as Miyazaki.

Never-Ending Man opens with the 2013 press conference at which Miyazaki shook the animation world by announcing his retirement. But shortly after the announcement, Miyazaki began working on Boro the Caterpillar, a short for the Ghibli Museum. In the early scenes, Miyazaki grumbles about feeling his age. He describes himself as a “geezer” and “all washed up.” He reflects on the funerals of friends — some of whom were younger than he is — and complains about his weakening eyesight and lack of energy. But his drawings for Boro display the same vigor and vitality his watercolors did decades earlier, and he remains a demanding perfectionist. 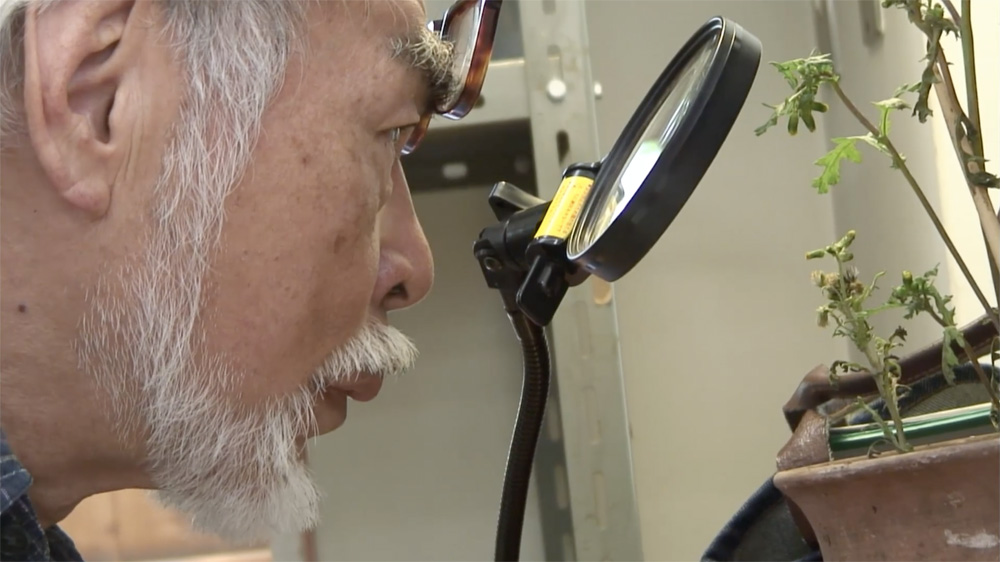 The film posed technical challenges, and when his long-time producer and friend Toshio Suzuki introduced him to a group of young CG animators, Miyazaki began working with them on the new short. Although he had used CG in Spirited Away and Howl’s Moving Castle, he had famously posted a sign reading, “Do everything by hand, even when using the computer.”

He explains to the CG crew why their animation of Boro peeking out of his eggshell for the first time doesn’t look right: It’s too fast and too determined. A newborn would lack the coordination to move so quickly; Boro would also be uncertain of what he was looking at. The movement is there, but it lacks personality. Arakawa also shows the corrected version, which is livelier and more appealing. It’s clear from their faces that the young animators are both excited and awed to be working with the great director.

It’s equally clear that Miyazaki enjoys working with the new artists. Suzuki and Miyazaki both comment that young talent energizes him, and he told Arakawa, “They remind me of my old self.” He’s intrigued by the way the computer can render the complex undulations of a caterpillar, but notes where the movement needs improvement. When he decides to add “night fish” and other creatures to Boro’s world, he’s obviously delighted with the complex interplay of the characters on the monitor.

But he will not tolerate inferior work. When a visiting AI team presents test footage of a grotesquely misshapen creature flailing across the screen, he dismisses it as ugly and “an insult to life.” Like Milt Kahl, he pulls no punches with his fellow artists: In a behind-the-scenes clip from an earlier production, he reprimands an animator harshly, telling him, “You’re drawing people, not just ‘characters.’”

As he urges the young artists to push their CG in new directions to realize his vision, the excitement of creation renews his energy: He seems to grow younger before the viewer’s eyes. His walk acquires a spring; he fidgets at his desk, wagging his foot impatiently as he thinks. Toward the end of the film, he tells Suzuki he has an idea for a new feature. He’s prepared a proposal for a three-year production schedule so the film can be completed before the 2020 Tokyo Olympics. With the confidence born of years of collaboration, he tells Suzuki to “work his usual magic” to obtain the funding.

Animators and fans all over the world are waiting impatiently for the new feature’s premiere. In the meantime, Never-Ending Man offers an intimate, respectful look at Miyazaki’s creation process. 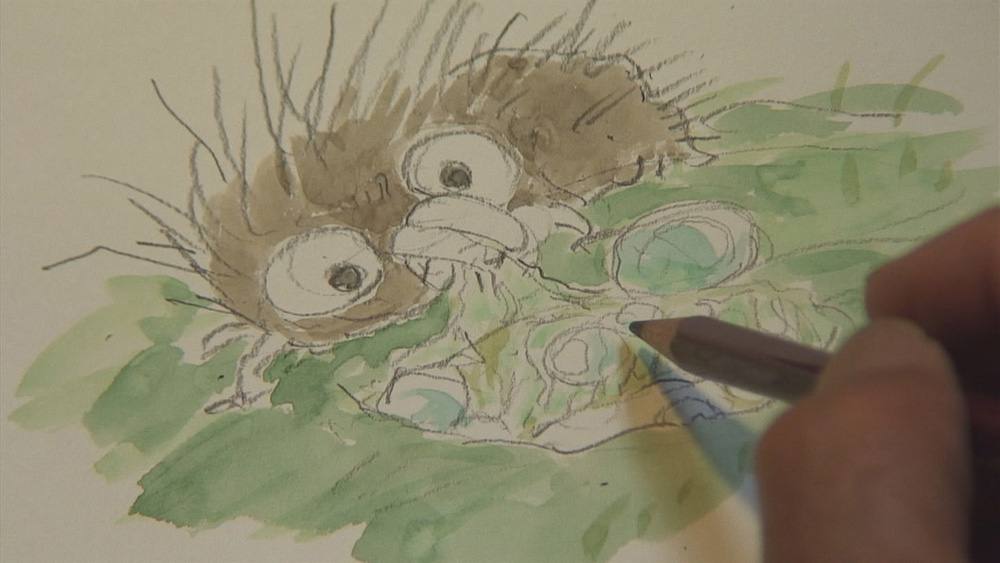 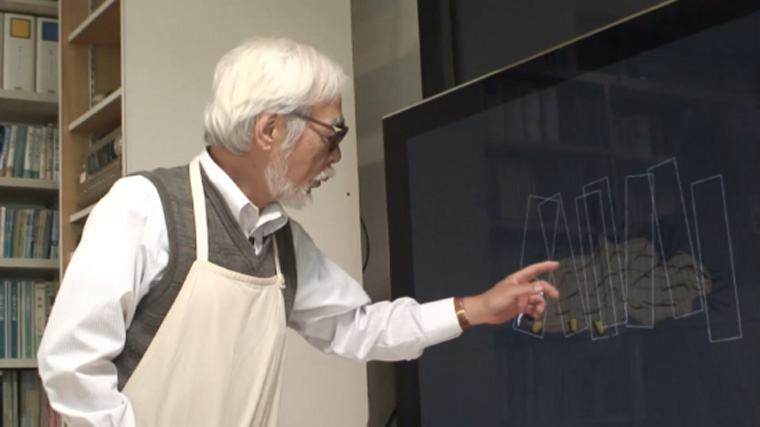