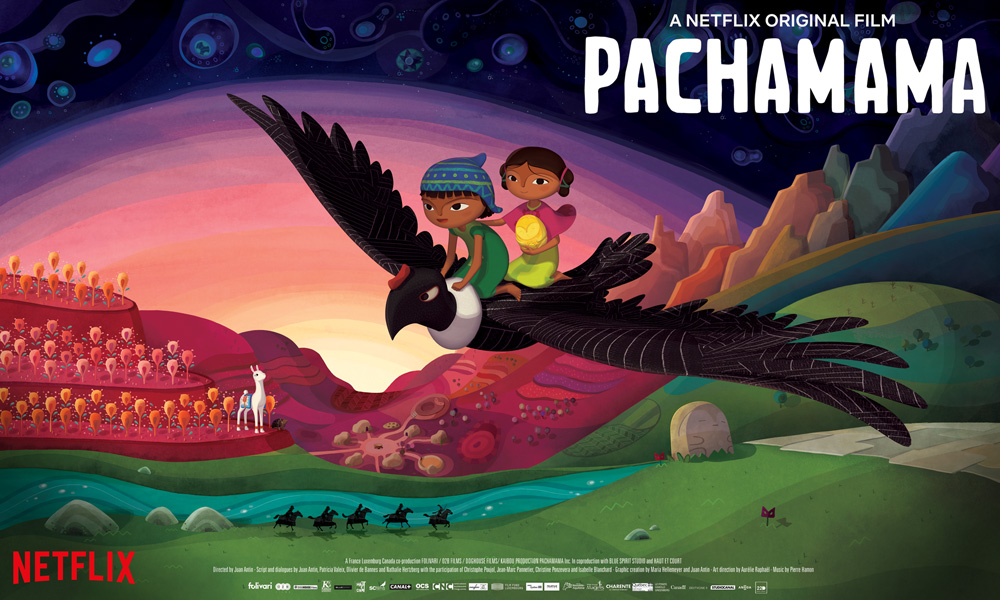 Netflix will premiere writer-director Juan Antin’s (Mercano the Martian) Cesar Award-nominated animated film Pachamama in June of this year. The film, which is produced by Academy-Award nominee Didier Brunner (The Old Lady and the Pigeons, Kirikou and the Sorceress, The Triplets of Belleville, The Secret of Kells and Ernest and Celestine) is a hybrid animation adventure film about a young boy living in a remote village in the Andes Mountains.

Pachamama is a 2019 Cesar Award nominee for Best Animated Feature, selected by The Academy of Cinema Arts & Sciences in France. Winners will be announced at the 44th Cesar Awards ceremony on February 22nd.

The film features an original score by Pierre Hamon, recorded with thousand-year old pre-columbian instruments, and the song Somos la Nueva Tierra is written by Antin and arranged by Hamon and Marc Hazart. The graphic creation is by Antin and Maria Hellemeyer.

Pachamama follows Tepulpaï, a mischievous 10-year-old who dreams of becoming a shaman. As the villagers are gathering to make an offering to their great spirit Pachamama, the ceremony is disrupted by an Incan overlord who confiscates the town’s golden statue. Tepulpaï sees the chance to show his mettle and sets off to recapture the irreplaceable treasure, joined (whether he likes it or not) by his friend Naira and her smart-talking pet llama. Together they make a journey across uncharted lands, full of unknown obstacles and dangers.

“Pachamama has been, for me, a very long journey, guided by a message that came like an echo from ancient times – a message of love, respect and gratitude to our cherished Earth. Thanks to Netflix, I am thrilled to share this awe-inspiring story with a global audience,” says Antin.

“At Netflix we look for passionate creators from around the world who have unique points of view and Juan Antin has done an exquisite job creating a broad and beautiful family animated feature film in a style all his own, to honor the cultural backdrop against which Pachamama is set,” said Netflix vice president of kids and family, Melissa Cobb. “We are thrilled that our global family audience will have the chance to visit the highest peaks of the majestic Andes mountains as they embark on an ambitious rite of passage alongside the film’s young and ambitious hero.”