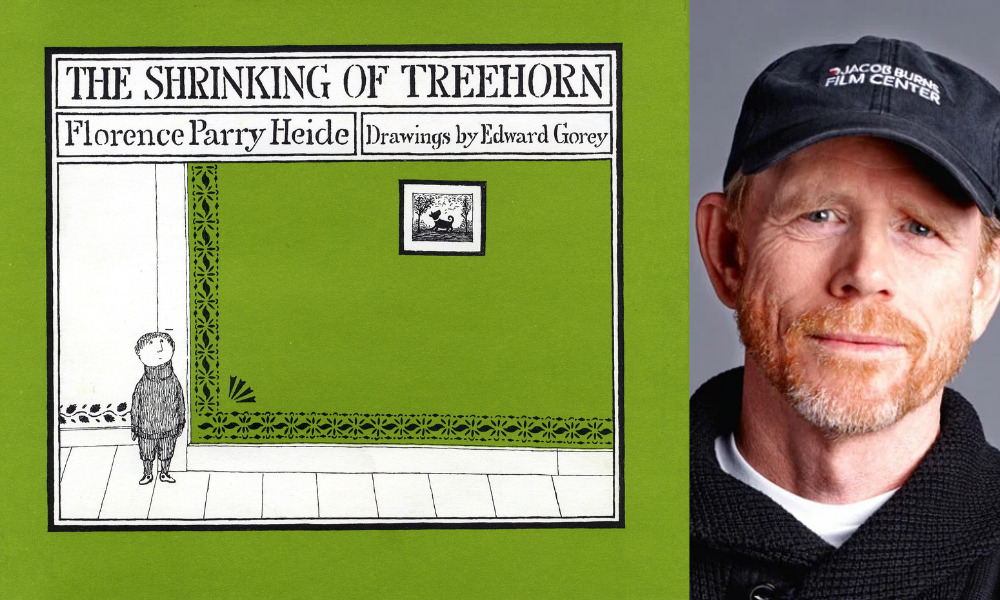 Director Ron Howard’s first animated movie The Shrinking of Treehorn has been acquired by Netflix. According to Deadline, the movie which was first set up at Paramount in 2019, will be produced by Howard’s Imagine Entertainment with Australia’s Animal Logic (The LEGO Movie, Happy Feet).

The project is based on a 1971 children’s book written by Florence Parry Heide and illustrated by elusive artist Edward Gorey. The holiday-themed musical centers on the titular character: a young boy who begins to shrink a little bit every day — although his parents seem to be oblivious of the changes in him. The movie was written by Rob Lieber (Peter Rabbit; Alexander and the Terrible Horrible No Good Very Bad Day; The Goldbergs).

Imagine’s previously announced projects include an Australian Aboriginal culture-themed movie titled Rainbow Serpent, written by Stuart Beattie (Pirates of the Caribbean, GI Joe: The Rise of Cobra); Zero, a buddy comedy directed by Carlos Stevens and penned by Jonathon Stewart and Eyal Podell (The Angry Birds Movie 2, Cars 3), which centers on the connection between family and technology, and will be a Warner Bros. release; and Muttnik, a live-action/CG hybrid about a dog launched into space by the Russians, who crosses the space-time continuum and returns home to his family an evolved creature.