From my many wanderings on this earth, I have so much to say… about imperfect fathers and imperfect sons, and about loss and love…

With these words uttered in the dulcet, cricket-y tones of voice star Ewan McGregor, we are swept away into the stunning new teaser treailer for Netflix’s highly anticipated stop-motion feature Guillermo del Toro’s Pinocchio. The preview hints at a wide world ripe for exploring as it gives a first glimpse at characters like the colorful carnival folk and a reimagining of the Blue Fairy very in line with del Toro’s unnerving yet fantastical aesthetic.

Synopsis: Academy Award-winning filmmaker Guillermo del Toro (Pan’s Labyrinth, The Shape of Water) reinvents Carlo Collodi’s classic tale of the wooden marionette who is magically brought to life in order to mend the heart of a grieving woodcarver named Geppetto. This whimsical, stop-motion film directed by del Toro and Mark Gustafson follows the mischievous and disobedient adventures of Pinocchio in his pursuit of a place in the world. 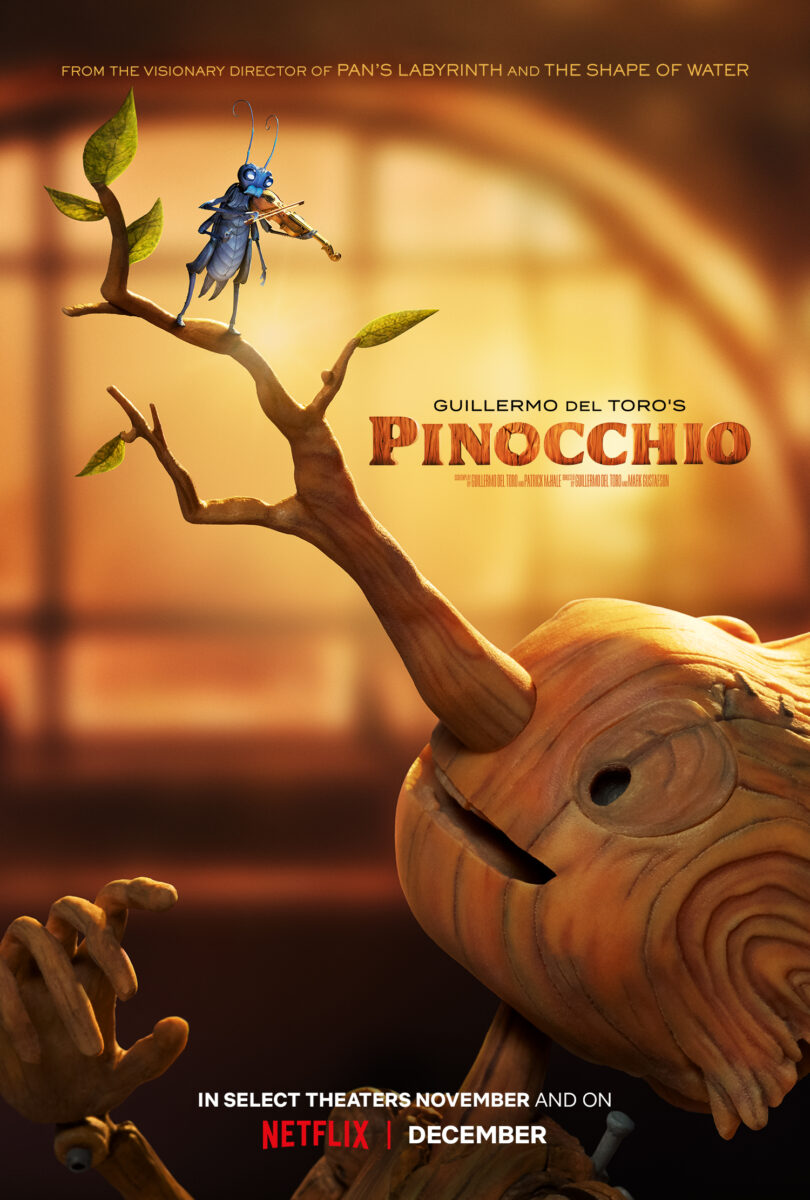