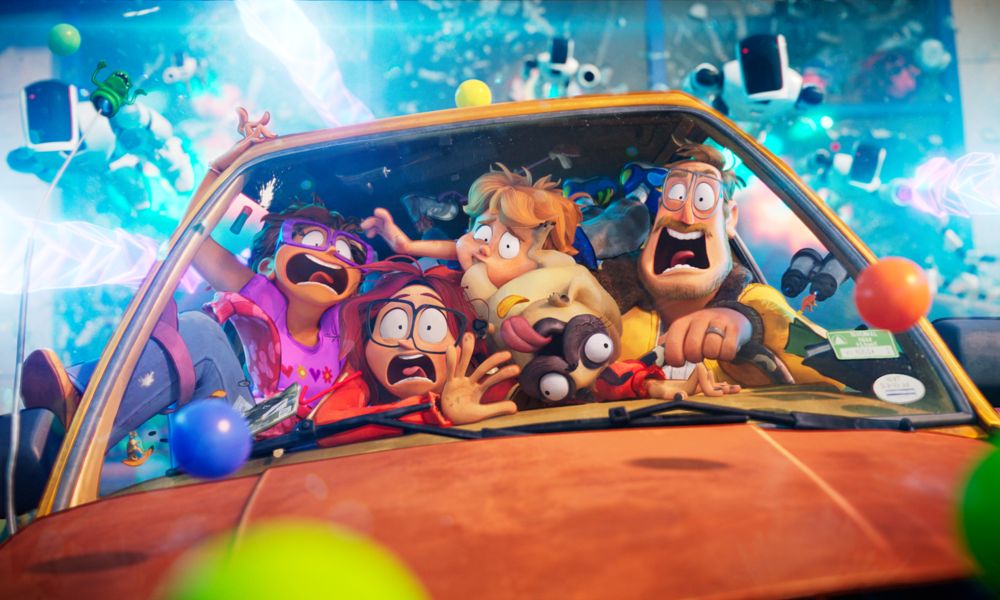 Netflix has acquired worldwide rights (excluding China) to The Mitchells vs. The Machines (formerly Connected) from Sony Pictures Animation. The road trip comedy-adventure about an ordinary family that must band together to unplug a technological apocalypse will roll out later this year.

“This is a very personal movie about my very weird family. I’m so grateful to all the incredible artists that poured their love and passion into this project to make it a reality, and to everyone at Sony who believed in us and were on board to make a different kind of animated movie,” said director Mike Rianda. “I’m so thrilled that everyone at Netflix has been totally in sync with us creatively and are just as excited about the movie as we are! Not only because it’s an original story with a creative visual style that we’re extremely proud of, but also so I can prove to my friends that this five-year journey wasn’t an elaborate delusion on my part.”

The Mitchells vs. The Machines is directed by Rianda and co-directed by Jeff Rowe. The screenplay is written by Rianda and Rowe. Oscar winners Phil Lord and Christopher Miller (Spider-Man: Into the Spider-Verse) and Kurt Albrecht produced the film; Will Allegra, Louis Koo Tin Lok executive produced.

“We are overwhelmed by the enthusiasm Netflix has expressed for this movie with this acquisition and grateful to everyone at Sony for making a great picture with us and finding a big way to bring it to audiences” said Lord and Miller. “We’re really proud of the film we all made together, plus we understand our subscription fees are waived in perpetuity as part of the deal? We’re not lawyers but it does sound right to us.”

“We want Netflix to be the place where families can come and enjoy stories together. And while we know no two families are the same, we think The Mitchells will immediately endear themselves to yours,” said Melissa Cobb, VP of Original Animation at Netflix. “It’s an honor to work with Phil Lord, Christopher Miller and Mike Rianda to bring this incredibly special film to members around the world.”

The Mitchells vs. The Machines is an original animated comedy about an everyday family’s struggle to relate while technology rises up around the world! When Katie Mitchell (voiced by Abbi Jacobson), a creative outsider, is accepted into the film school of her dreams, her plans to meet “her people” at college are upended when her nature-loving dad Rick (Danny McBride) determines the whole family should drive Katie to school together and bond as a family one last time. The film also stars Maya Rudolph, Mike Rianda, Eric Andre, Olivia Colman, Blake Griffin and Doug The Pug.

Originally slated for release at the end of 2020, Sony releases a trailer for the film (under the retitle Connected) in March of last year.