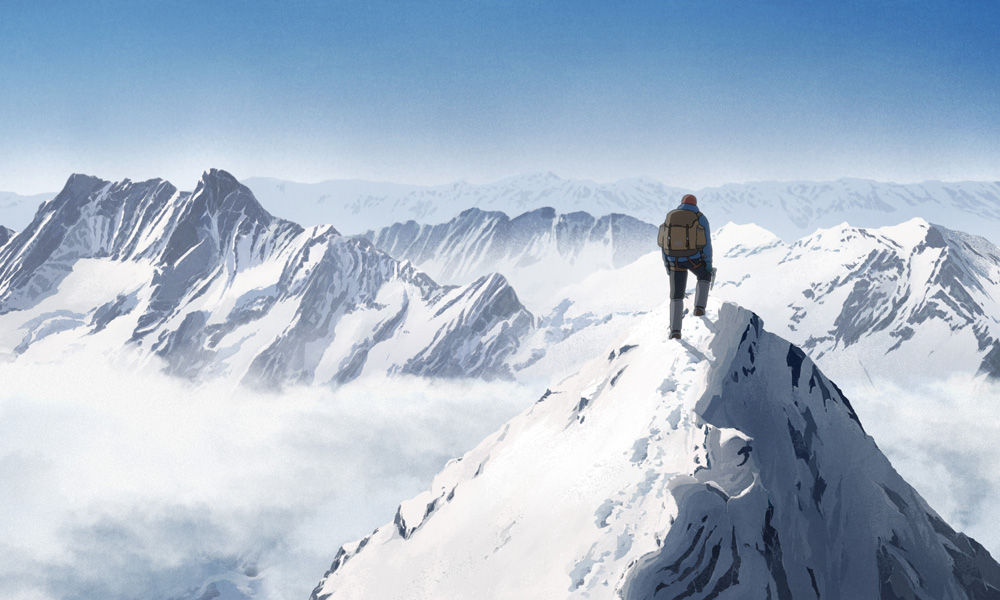 Another compelling animated feature import is joining the Netflix pantheon, as the streaming giant announces the acquisition of Cannes Film Festival 2021 Official Selection The Summit of the Gods (Le Sommet des Dieux), directed by Patrick Imbert (The Big Bad Fox and Other Tales) and based on the best-selling manga by Jiro Taniguchi and Baku Yumemakura.

Netflix will release The Summit of the Gods in select U.S. theaters on November 24, in the U.K. on November 26, and streaming worldwide (excluding Fance, Benelux, China, Japan and S. Korea) on November 30. The film premiered at Cannes in July.

Synopsis: Were George Mallory and his companion Andrew Irvine the first men to scale Everest on June 8th, 1924? Only the little Kodak camera they took with them might reveal the truth. In Kathmandu, 70 years later, a young Japanese reporter named Fukamachi recognizes the camera in the hands of the mysterious Habu Jôji, an outcast climber believed missing for years. Fukamachi enters a world of obsessive mountaineers hungry for impossible conquests on a journey that leads him, step by step, towards the summit of the gods.

The Summit of the Gods is produced by France’s Folivari (Pachamama, SamSam, The Big Bad Fox and Other Tales) and Belgium’s Mélusine Productions (Wolfwalkers, The Prince’s Voyage, Swallows of Kabul).