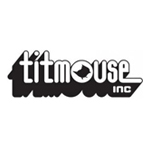 The Paul Rudd and Patton Oswalt-starring adult animated comedy Nerdland is one of the must-see projects of the upcoming Tribeca Film Festival (April 13-24). In case you weren’t convinced by the novelty of the project alone, Variety has scored the first-look trailer for the 2D film, which is running in TFF’s “Viewpoint” competition (screening times and tickets here).

Nerdland is set in modern day Hollywood, where aspiring actor John (Paul Rudd) and would-be screenwriter Elliot (Patton Oswalt) are approaching their 30th birthdays without a hint of the fame and acclaim they have always dreamed of. The ambitious duo hatch a crazy plan to become stars, launch their careers, and get the the girls — all in one day.