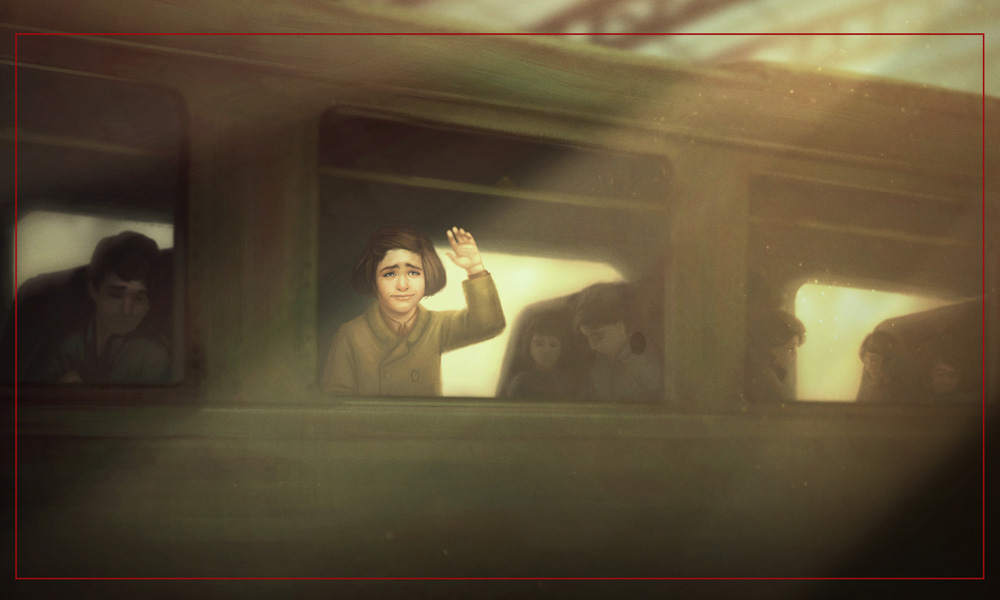 Los Angeles-based animation studio Neko Productions has wrapped up a year’s work crafting powerful animated scenes for the documentary feature Ask Dr. Ruth, about the celebrated radio and TV personality and best-selling author dealing with sex and sexuality. Neko’s segments illustrate Dr. Ruth Westheimer’s life as a young girl in Nazi Germany with her family, who died in the Holocaust. The film was produced by Tripod Media and Delirio Films and is currently in theaters, with a Hulu debut set for June.

“When I got the call from the Ask Dr. Ruth producers, I knew we could do what they needed. And that is a consequence of my personal connection to the holocaust, being a Jewish immigrant to the U.S. and, like Dr. Ruth, starting over from scratch in a new country,” said Neko Productions’ founder Lirit Rosenzweig-Topaz. “We had to think about the best way to elicit the memories of Dr. Ruth’s young life using animation. I knew how to make it happen. I just knew how it should be visualized. It’s my culture, it’s my nature.”

Eyal Resh, the film’s animation director, added, “I was very excited by the challenge of depicting in animation Ruth’s most significant memories. Memory is subjective, expressive, and distorted by emotion. Animation is an incredible tool to convey these ideas. In memory, there is this fine line between reality and dream. I chose a painterly style because it speaks to this fine line. It allowed us to convey the emotional essence of the events while still keeping their realistic seed.

“These memories take us on a journey between 1930-1950, from Germany to Switzerland and Israel. It reveals the significant events that shaped the Ruth we know today. Through the portrayal of slow-moving paintings that were meticulously composed and designed, the audience gets to experience the deep emotional essence of Ruth’s most important moments.”

“She didn’t have an easy life,” said Rosenzweig-Topaz, “but her energy, motivation and inspiring character helped her become the person she is. Telling this story was interesting to us and we made this our goal. Although she had a sad and tough life, she still became this unbelievable person. Using animation, we could tell her story, bring her memories to life and touch the hearts and soul of the audience.”

Working closely with the film’s director, Ryan White, the Neko team strove for a style close to reality, using archival photos to help visualize Westheimer’s appearance as a seven-year-old girl and at 15. The animators also created illustrated likenesses of her parents, grandmother, first boyfriend and one of her girlfriends, as well as recreating historically appropriate locations like Westheimer’s house and early 20th century trains.

The artists created more than 100 paintings for the project, which were brought to life primarily with 2D techniques, and sometimes combined traditional animation with modern 3D techniques for scenes requiring more meticulous movement or portrayal of space.

One of the many emotional animated scenes in the film recreates the moment Ruth was sent on a Kindertransport.“It was the last time she saw her mother and grandmother,” recalled Rosenzweig-Topaz.

This scene was rendered in more than ten different paintings drawn by several artists. They were then animated to create the characters’ movement, train movement and light.

“To avoid melodramatic tropes, I decided to keep this moment subtle, and to focus on the sensorial experience of clutching her mother’s shirt and seeing her reflection in the train window as it moves away from her family,” said Resh.