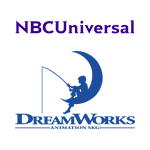 NBCUniversal has confirmed that DreamWorks Animation — recently acquired by parent company Comcast in a $3.8 billion deal — will see a spate of layoffs, resulting in roughly 200 job cuts across corporate, distribution and consumer products divisions.

According to a company-wide statement issued by Universal Filmed Entertainment Group chairman Jeff Shell, these are “areas where we can fully integrate operations with NBCUniversal.” The takeover was finalized in August, with a new leadership organization (notably, minus former president Ann Daly) that meshes DWA’s businesses into the NBCU chain of command.

The employees made redundant are all in DreamWorks’ main location in Glendale, California. They will be given notice this week and may stay on for several months during the post-takeover transition, according to Shell’s memo.

DreamWorks Animation has about 2,000 employees — following the 2015 layoffs that eliminated 500 jobs in an effort to to staunch a major money bleed following a few less-than-stellar box office performances.