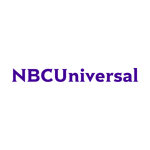 “The DreamWorks Animation brand brings with it a cachet that few family-entertainment companies can match. As we integrate its operations into Universal Filmed Entertainment, we are confident the first-class team we’ve put in place to lead various segments will build on that great tradition of success across film, television and related businesses.”

The estimated $3.8 billion deal awards DWA stockholders a payout of $41 cash for each share of common stock — outgoing CEO Jeffrey Katzenberg is reportedly pocketing $391 million from the deal.

Katzenberg will move into the position of chairman of newly formed DreamWorks New Media, which oversees NBCU’s ownership stakes in AwesomenessTV and NOVA. DWA President Ann Daly is stepping down from her post but will serve as an advisor during the post-acquisition transition.

The integrated DreamWorks and Universal television animation business will be overseen by Head of TV Animation, Margie Cohn, who will report to Shell. Vince Klaseus, NBCU Brand Development President, will head up the combined Universal and DWA games, digital content and consumer products organization, also reporting to Shell.

Corporate, marketing and distribution affairs will be fully meshed into the NBCU structure.