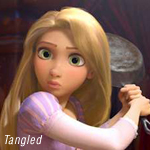 Tangled and Harry Potter’s reign at the top of the box office charts is likely to end this weekend with the release of The Chronicles of Narnia: Voyage of the Dawn Treader and the adult-oriented thriller The Tourist.

The third installment in the Narnia series, based on the classic book series by C.S. Lewis, opens wide at more than 3,500 cinemas. The series’ debut film, The Lion, the Witch and the Wardrobe, earned $291 million domestic as part of a $745 million worldwide gross in 2005. The second film, Prince Caspian, opened in 2008 and made $141 million in the U.S. and $278 million abroad for a $419 million total.

The Tourist, meanwhile, offers up a double-dose of star power with Angelina Jolie and Johnny Depp engaged in a thrilling adventure through the canals of Venice. The film is opening in just more than 2,700 theaters.

In addition to Disney’s Tangled and Harry Potter and the Deathly Hallows, Part 1, the DreamWorks feature Megamind is still in theaters, giving moviegoers plenty of animated options.