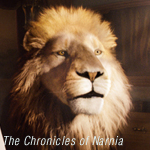 In a soft holiday weekend at the box office,  the Narnia franchise and the Angelina Jolie-Johnny Depp starrer The Tourist both fell short of expectations while Disney’s Tangled held on for third place as it surged past the $100 million mark.

The Chronicles of Narnia: Voyage of the Dawn Treader lead the weekend with an estimated $24 million, followed by a $17 million take for The Tourist.

Tangled was only slightly back of the debuts, earning an estimated $14.5 million in its third weekend of release. That pushes it up to $115 million domestic and about $76 million so far overseas for a total gross of $192 million.

In fourth was Harry Potter and the Deathly Hallows, Part 1, which added a out $8.5 million to its total for $257 million domestic. The film has done even better overseas, taking in $520 million for a whopping $777 million worldwide total after just four weekends of releaese.

The outlook for the box office should improve heading  into the final pre-Christmas weekend of the year, with the release of Warner Bros.’ live-action/animation stereo 3D update of Yogi Bear and Disney’s long awaited sequel Tron: Legacy, also coming in stereo 3D, due out.

You may also like...
Related Topics:Box Office, Disney, MegaMind, Tangled, The Chronicles of Narnia the Voyage of the Dawn Treader, The Tourist, Tron Legacy, Yogi Bear