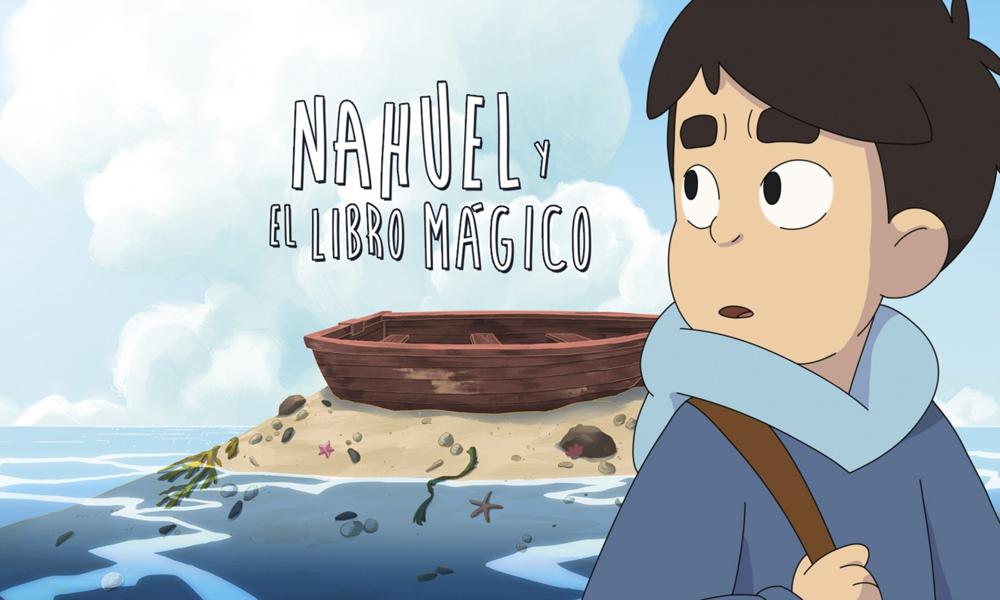 Nahuel and the Magic Book – Trailer from Latido Films on Vimeo.

The movie centers on young Nahuel, who lives with his father in a fishing town yet has a deep fear of the sea. One day, he finds a magical book that seems to offer the solution to his problem in the form of an ancient spell — but a dark sorcerer is after the tome, and captures Nahuel’s father. Here, the boy’s fantastical adventure and greatest challenge begins: to rescue his father while overcoming his deepest fear.

“The film feeds from different myths and folk legends of the Chiloé archipelago,” Acuña explained in an interview for the Toon Boom blog. “This southern part of Chile is very special, some places feel frozen in time and nature can unfold in front of your eyes in very dramatic and beautiful ways. To me, the most attractive thing is the mythological level that exists there: an amalgam between local indigenous culture, mixed with the religious traditions imposed by the Europeans that arrived there.”

Nahuel and the Magic Book, which has been artistically compared to Japanese anime by critics, was produced using a “tradigital” 2D pipeline with Toon Boom’s Storyboard Pro and Harmony, and Carboradores studio took part in the Toon Boom training program during production. The movie also features stormy sea scenes which utilized both 2D and CGI VFX and 3D elements.

Nahuel and the Magic Book premieres November 9 as part of American Film Market.