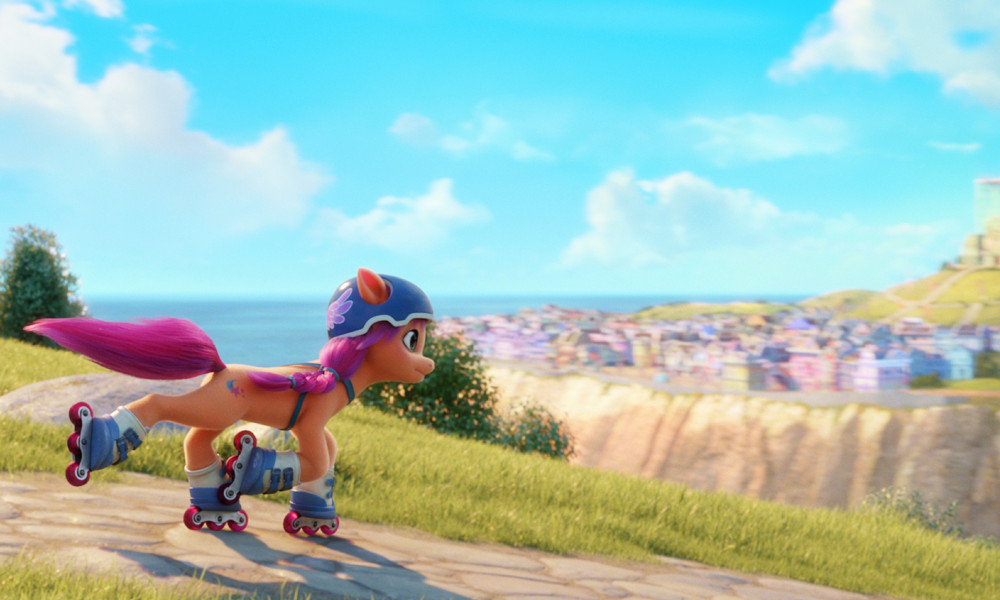 My Little Pony has been such a consistent part of pop culture around the world that it’s hard to believe that it was only launched in 1981 as a Hasbro toy. Four different TV series, several generations of characters and two movies later, the colorful equine stars continue to entertain and inspire generations of kids (and many, many adults) around the world with their mantra, “Friendship is magic.”

This month, the new feature My Little Pony: A New Generation will arrive in time to capture a new generation of fans and appeal to longtime aficionados of the franchise as well. Co-written and co-directed by Robert Cullen (Transformers: Cyberverse, El Tigre: The Adventures of Manny Rivera) and José Luis Ucha (Bernard, Invizimals), the new adventure finds the realm of Equestria in big trouble as it has lost is magic: Earth Ponies, Unicorns and Pegasi are now separated and no longer friends. So, it’s up to Earth Pony Sunny (Vanessa Hudgens) and Unicorn Izzy (Kimiko Glenn) to bring back enchantment to their world!

“We wanted to make the movie accessible to people who probably aren’t familiar with the world of My Little Pony,” says Cullen. “And we’re also paying respects and homage to the older films and tv shows. We want fans to appreciate it and see it and for the comedy to be effective. There are Easter eggs in the movie as well for fans. But we definitely kept the DNA of ‘Friendship Is Magic.’ It’s still there in the presence of the main ponies in the movie as they go through the story. So, it was kind of a balancing act.”

Ucha also felt key qualities of the ponies were important to their film. He notes, “We were always seeking the charm of the characters. So, we wanted to keep that charm in the characters, making them appealing, but at the same time we wanted you to feel something that you can relate to in the story itself. We really pushed hard to make that possible.” 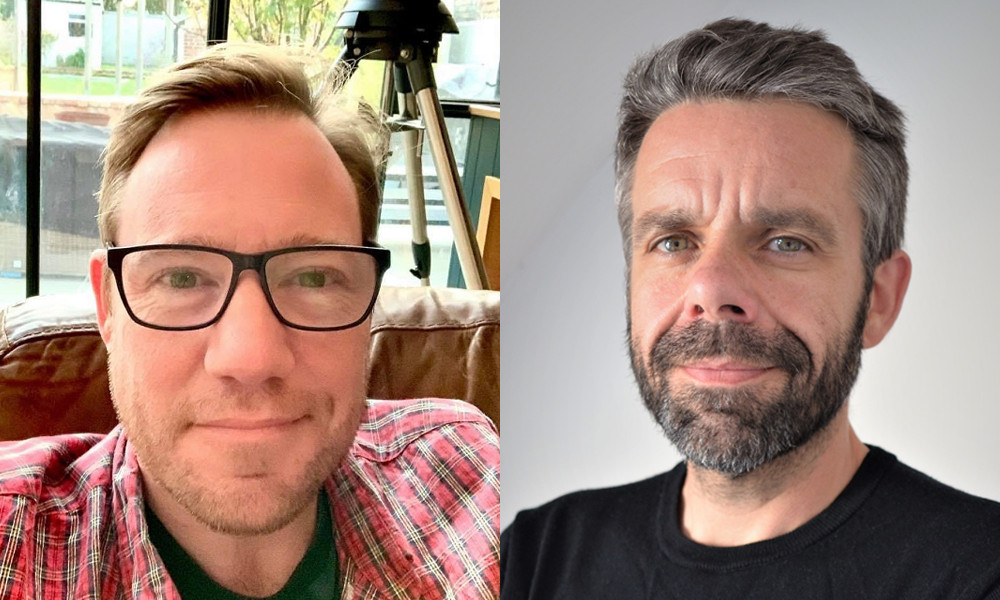 The co-director points out that the team pushed to make the voices of the actors sound very natural. “We wanted them to sound like natural people and have the expressions of the actors in them,” he adds. “The team worked super hard to make sure the way the ponies moved and the way the ponies grabbed things looked super natural. They also worked hard to make sure, when the ponies express themselves, that everything looks smooth. So, you really feel the story as you watch the movie and see them talking and dancing.”

“We knew that we wanted to have an eclectic range of genres in the songs,” says Cullen. “We wanted to mix things up a bit and set out to make this as unpredictable as we can because some people might go into the movie with preconceived ideas. No one would expect a punk rock, Nirvana-esque song in this movie. We were so lucky because we have two fantastic songwriters, Michael Mahler and Alan Schmuckler. We just loved their lyrics, and they came in with brilliant, super catchy, airborne songs.”

Dublin-based Boulder Media was the sole animation studio on this latest exploration of the Pony canon. At the height of production there were about 48 animators located in five different time zones working on the film. The crew represented about 20 different countries and worked remotely due to COVID lockdowns. From start to finish, the movie was in production for about four years, according to Cullen, who is also the founder of the 21-year-old, Dublin-based studio. Throughout the years, Boulder Media has worked on shows such as Equestria Girls, The Amazing World of Gumball, Foster’s Home for Imaginary Friends, Danger Mouse, Transformers: Cyberverse and DC Super Hero Girls among many others.

As the team brought the ponies into a CG world, they quickly realized they would need to make some adjustments, as the ponies from the series had a very specific way of moving, sitting and picking up or holding things with their hooves. Animation supervisor Graham Gallagher looked at the TV series as a starting point for pony design.

“We went through all of the TV shows and everything and realized the challenge was basically turning their TV design into a 3D feature character,” says Gallagher. “We found that the bodies were way too small and they couldn’t sit down, and we wanted to be able to help them sit down and be able to talk and interact like a human. We had to elongate the bodies. And then we went through a lot of facial iterations. Basically, I was trying to see what was happening with the snout. If I pushed it out, it was too long, and if I pushed it in, it was weirdly uncanny. I was trying to get the balance of that while keeping the existing models that we have in everybody’s mind. Because they all have these gigantic eyes, we also needed to address the eyes. So we had to bring the eyes back and make them smaller.”

Cullen adds: “It’s quite an iconic design. When they sit down, they sit down more like a cat or a dog. A real horse would never sit like that. So, for Graham, he was trying to get the bottom legs to move around in the right way. So we were trying to get a hint of what was in the TV show and also trying to make it look cute and appealing. I saw how to continue to solve certain things.”

The director says he knew that they couldn’t copy straight from the 2D series. “The proportions and size of eyes wouldn’t work,” notes Cullen. “The eyes would have been just too big in CG. Getting the range of emotion and expressions that we needed was so important, so we had to make these changes — and the change was great, because it made the ponies look even better than we thought, so it was almost a blessing.”

Reining It All In

Ucha also found the changes helped set the look of the ponies apart from previous films and TV shows. Changing the designs also made complex dance sequences in the film look even better. “The anatomy is so tricky,” says Ucha. “It’s especially tricky for the 3D because certain angels are so important, especially when you’re having them move around and dance. It gets tricky to put them in front of the camera without getting some strange angles. And having them be able to hold things is also important. It has to look like ponies, but also not like ponies.”

The filmmakers were also quite aware that the movie was on the minds of all the My Little Pony fans because they’re so vocal in fan groups, on Twitter and just about everywhere else. Cullen was surprised that some of the theories about the story and plot of this movie turned out to be either way off or very close to what they did in this film.

“We’ve known how much kids and parents who grew up with these characters still love them,” says Ucha. “So we wanted to have that feeling in the movie.”

Cullen agrees. “We’re trying to have fun, so something that’s unexpected for people who know these ponies — but also give something to people who may not have known the characters before this film. I hope the fans will love it and that we’ll come away with new fans, too.”

My Little Pony: A New Generation premieres on Netflix on September 24.