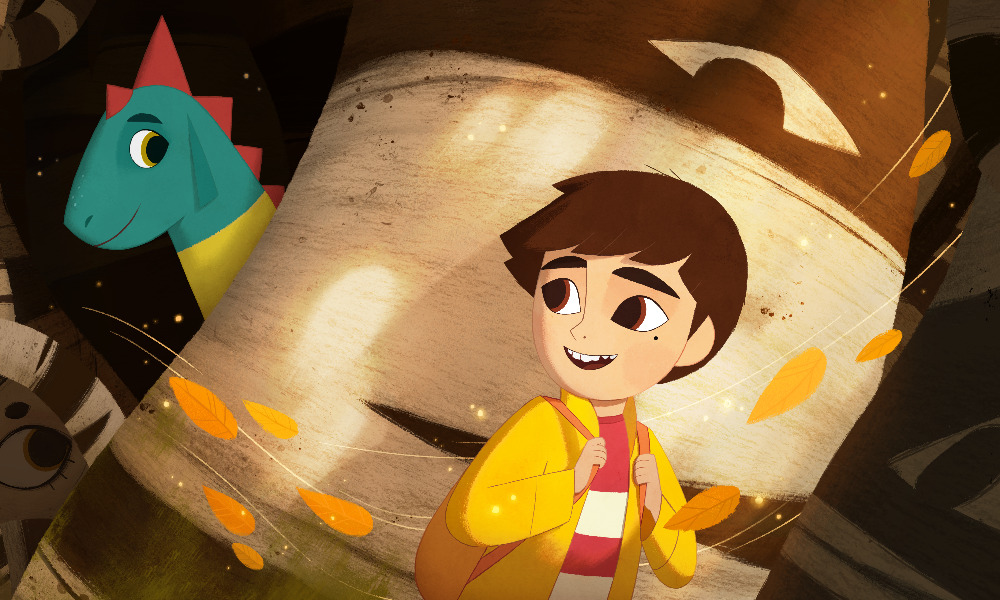 In celebration of World Book Day this Saturday, Netflix unveiled the first look and cast of the upcoming animated feature My Father’s Dragon, from Cartoon Saloon co-founder and Oscar-nominated director Nora Twomey (The Breadwinner). Inspired by the Newbery Honor-awarded book by Ruth Stiles Gannett, the film is produced by Mockingbird Pictures and five-time Oscar-nominated Cartoon Saloon (Wolfwalkers, Song of the Sea, The Secret of Kells).

“Our actors, animators and artists at Cartoon Saloon have worked together to craft this film, inspired by Ruth Stiles Gannett’s amazing book,” said Twomey. “We were drawn together by a desire to tell a very special tale of friendship, adventure and true bravery. I fell in love with storytelling as a child and Netflix excels at celebrating all kinds of stories, through different styles and distinct voices. This has given me the opportunity to look through a beautiful lens and I am excited to share what I see with our audience around the world.”

Synopsis: Struggling to cope after a move to the city with his mother, Elmer runs away in search of Wild Island and a young dragon who waits to be rescued. Elmer’s adventures introduce him to ferocious beasts, a mysterious island and the friendship of a lifetime.

Twomey directes from a screenplay by Meg LeFauve (Academy Award nominated for Inside Out), with a screen story by LeFauve and John Morgan. The film is produced by Bonnie Curtis and Julie Lynn of Mockingbird Pictures and Paul Young of Cartoon Saloon. Exec producers are LeFauve and Morgan, Tomm Moore and Gerry Shirren (Cartoon Saloon), Alan Moloney and Ruth Coady (Parallel Films)

My Father’s Dragon is part of Netflix’s fast growing roster of original animated features, which includes Oscar-nominated The Mitchell’s vs. the Machines, Aardman’s Robin Robin, Sergio Pablos’ Klaus, Kris Pearn’s The Willoughbys, Oscar winner Glen Keane’s Over the Moon, Back to the Outback directed by Clare Knight and Harry Cripps and recent addition Richard Linklater’s Apollo 10 ½: A Space Age Childhood.

Netflix is planning to release My Father’s Dragon sometime this year as part of its extensive 2022 animated movie slate.