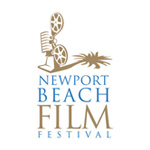 The Mice War, aimed at children ages 5-11, tells the story of the money-hungry Blue Mice of the North who greedily go to war with the peace-loving Red Mice of the South. The conflict kicks off when the Blue Mice notice that the Red Mice prefer a different color of cheese.

“The moral of the tale is that these mice must learn to accept one another’s differences if they ever hope to succeed as a species,” said Chesky. “This message makes the story meaningful and timely because it teaches children about the absurdity of war and how we have to learn to resolve conflicts peacefully.”

The cast list boasts some of today’s most talented singers and actors, including Tony Award winner Gregory Jbara as the warmonger General Khan, Tony nominee Alison Fraser as Lucy the loveable sea monster, and Rock of Ages star Mitchell Jarvis as the narrator.

The Mice War will screen at the Island Cinema in Newport Beach on April 22 at 11:45 a.m. More information available at www.themicewar.com and www.newportbeachfilmfest.com.