The release date for DreamWorks Animation’s much-anticipated CG-animated feature Mr. Peabody & Sherman has changed from Nov. this year to March 7, 2014. The film, which will be distributed by Twentieth Century Fox takes over the March spot previously held by Me & My Shadow, which is heading back to development.

Mr. Peabody & Sherman follows Mr. Peabody, a talking dog who is the smartest being in the world, and his “pet” boy Sherman. Based on characters created by Jay Ward and featured on Peabody’s Improbable History segments of the 1960s TV series The Rocky and Bullwinkle Show, the film is directed by Rob Minkoff (The Lion King, Stuart Little) and produced by Alex Schwartz and Denise Nolan Cascino. The script is by Craig Wright (Six Feet Under, Brothers and Sisters). The voice cast includes Ty Burrell, Max Charles, Stephen Colbert, Ellie Emp, Ariel Winter and Allison Janney.

“Our distributor, who has had great success in March with their Ice Age franchise, has recommended we move Mr. Peabody & Sherman to the spring of 2014, which we totally agree is a much more advantageous release window,” said Anne Globe, chief marketing officer of DreamWorks Animation. “Mr. Peabody & Sherman is now the first of our three-picture lineup for next year.”

“We believe the best strategy for DreamWorks Animation in the long run is to ensure that every one of our films has an optimal release date with the biggest opportunity to succeed at the box office,” added Jeffrey Katzenberg, CEO of DreamWorks Animation. “The move of Mr. Peabody & Sherman means that we will now release two films in 2013, and we are adjusting our operating infrastructure costs accordingly.”

According to The Hollywood Reporter, DreamWorks Animation will also be hit by layoffs as the result of the weak performance of its holiday release of Rise of the Guardians. 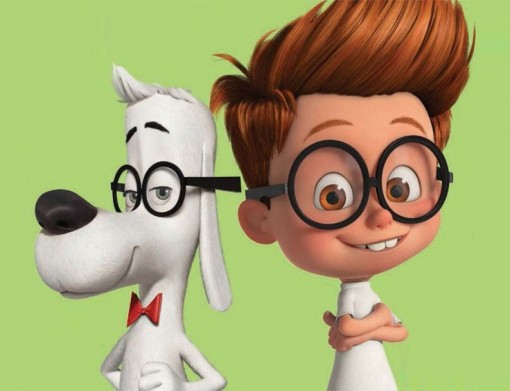