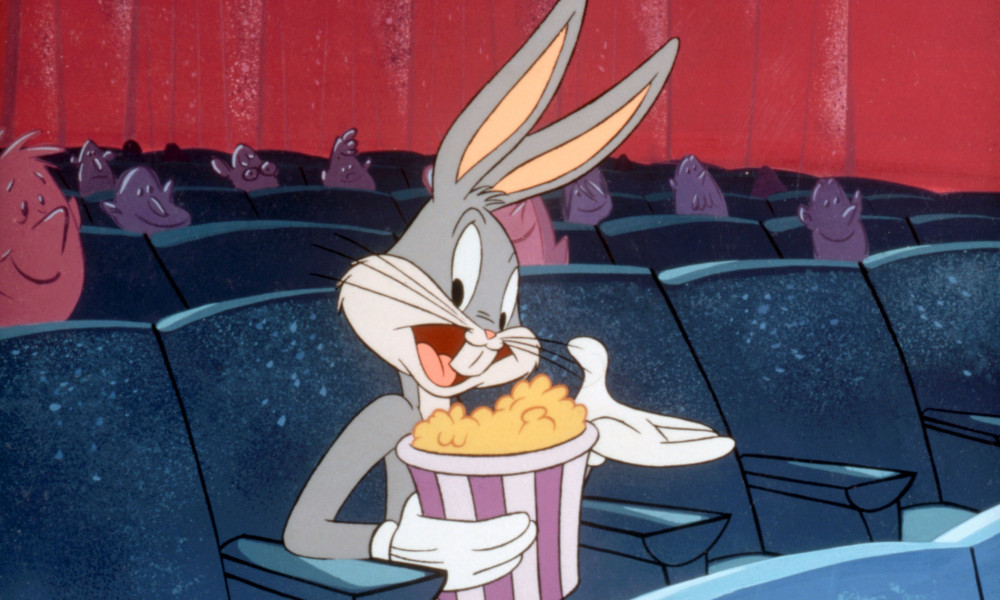 Here is an early look at some of the promising animated releases that we hope to see in theaters and/or on the streamers next year. Obviously, all release dates are subject to change because of the unpredictability of theatrical openings these days. Let the anticipation begin! 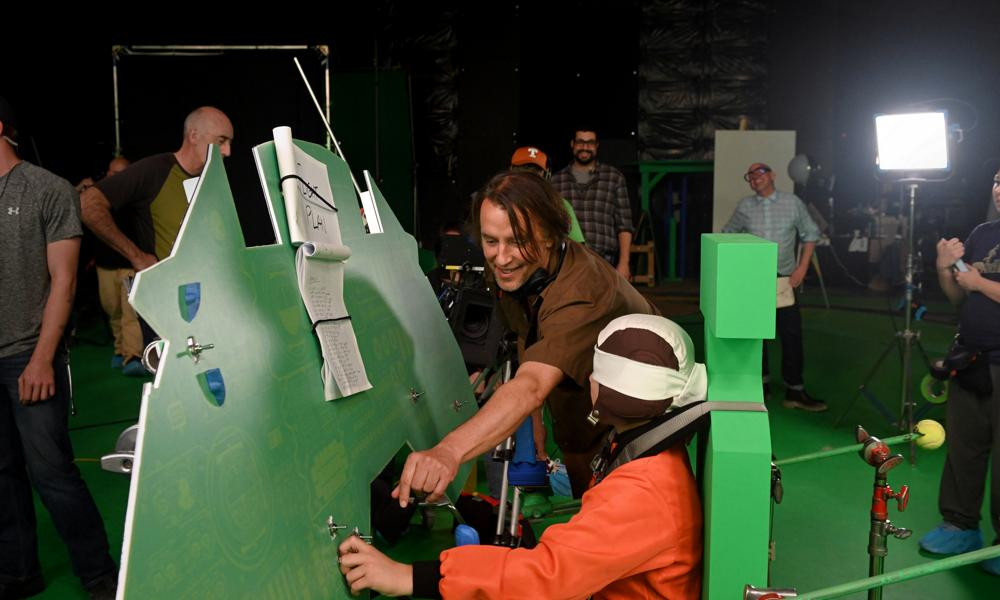 Apollo 10 ½: A Space Age Adventure. Acclaimed director Richard Linklater (Waking Life, A Scanner Darkly) returns to the world of rotoscopy with this hybrid sci-fi feature that takes place during the 1969 Apollo 11 moon landing and will explore the fantasies of children on Earth about space exploration. With Glen Powell, Jack Black, Zachary Levi and Josh Wiggins. Netflix/Minnow Mountain/Submarine 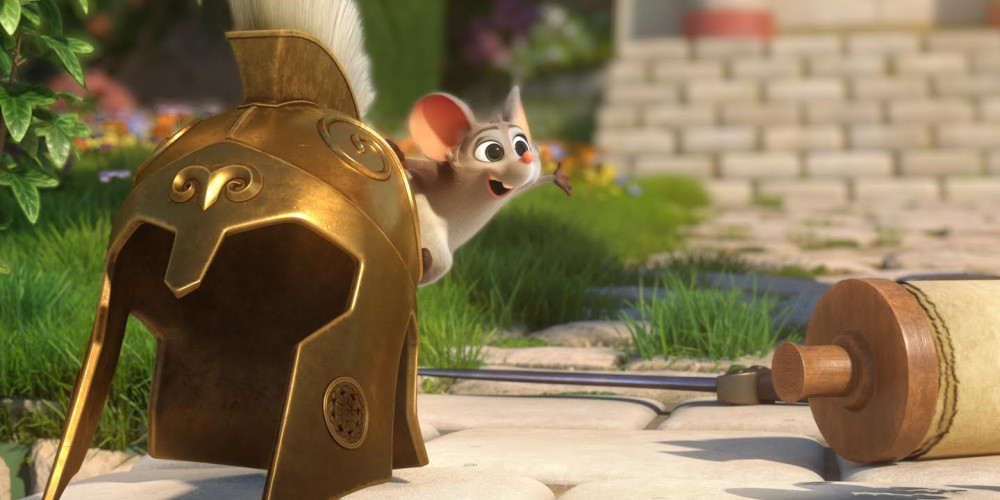 Argonuts. The French studio behind titles such as The Jungle Bunch and Terra Willy is back with this new take on the classic Greek myth which features an adventurous mouse and the cat that adopted her as they face off against gods and monsters to save the residents of Yolcos from the wrath of Poseidon. Directed by David Alaux and produced by Jean-François Tosti. TAT Productions/Apollo Films 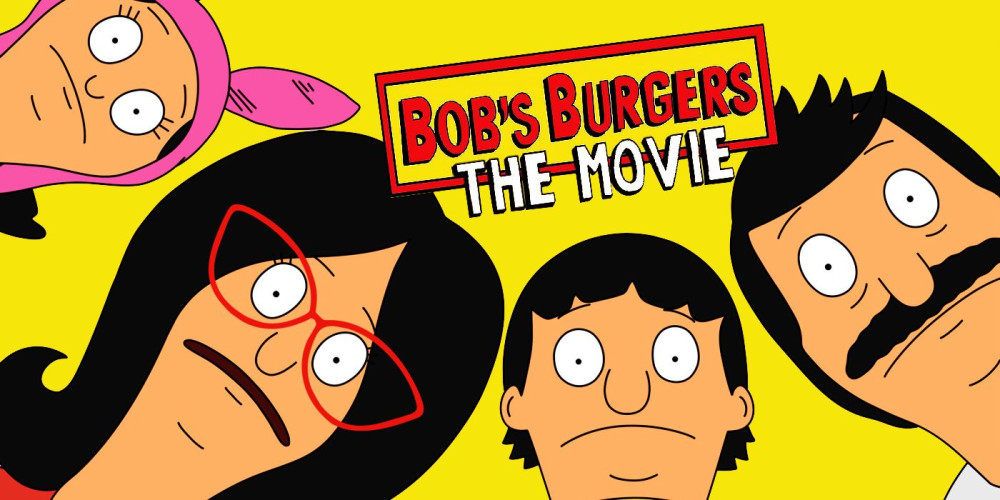 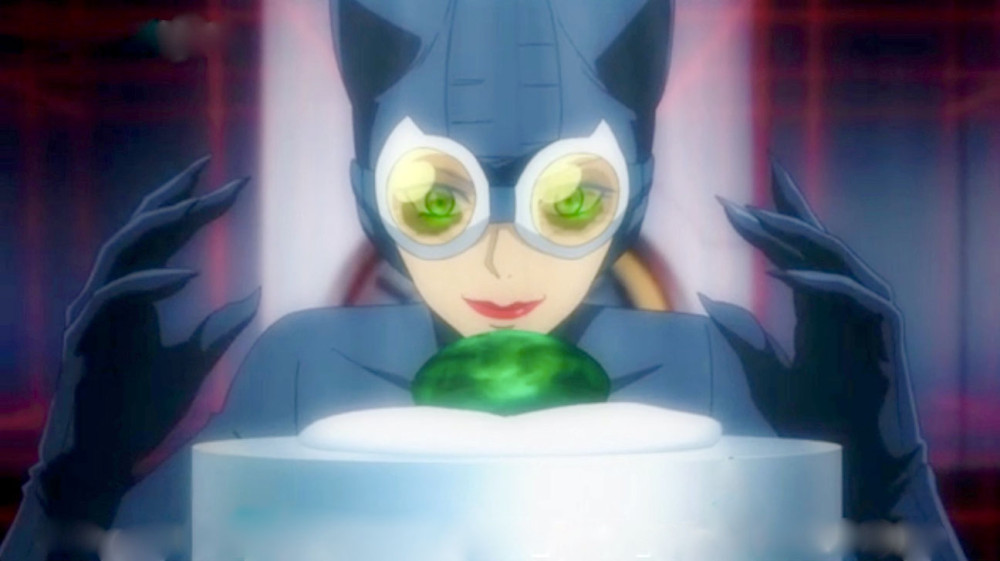 Catwoman: Hunted. When the famous DC villainess attempts to steal a priceless jewel, she comes in the crosshairs of a powerful consortium of villains, Interpol and Batwoman. Directed by Shinsuke Terasawa. With the voices of Elizabeth Gillies, Stephanie Beatriz, Keith David, Jonathan Banks. Warner Bros. Animation/DC Ent.; Feb. 8

Chickenhare and the Hamster of Darkness

Chickenhare and the Hamster of Darkness. Our half-chicken, half-hare hero tries to fit in despite his differences and teams up with Abe, a sarcastic turtle and Meg a reckless martial arts expert to stop his evil uncle from threatening the kingdom. Ben Stassen (Bigfoot Family, Fly Me to the Moon) and Benjamin Mousquet direct this French-Belgian co-pro, with a script by David Collard. nWave/Dark Horse/Octopolis 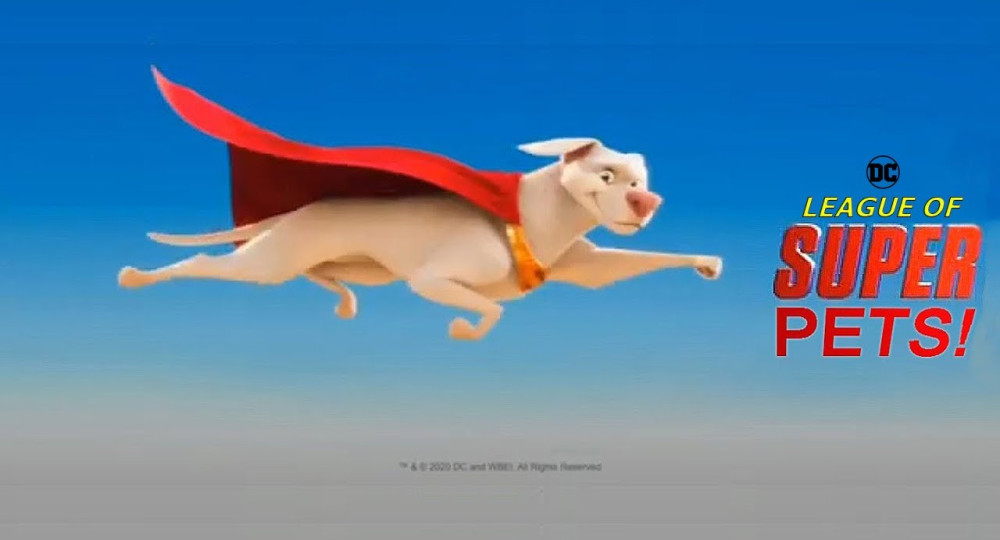 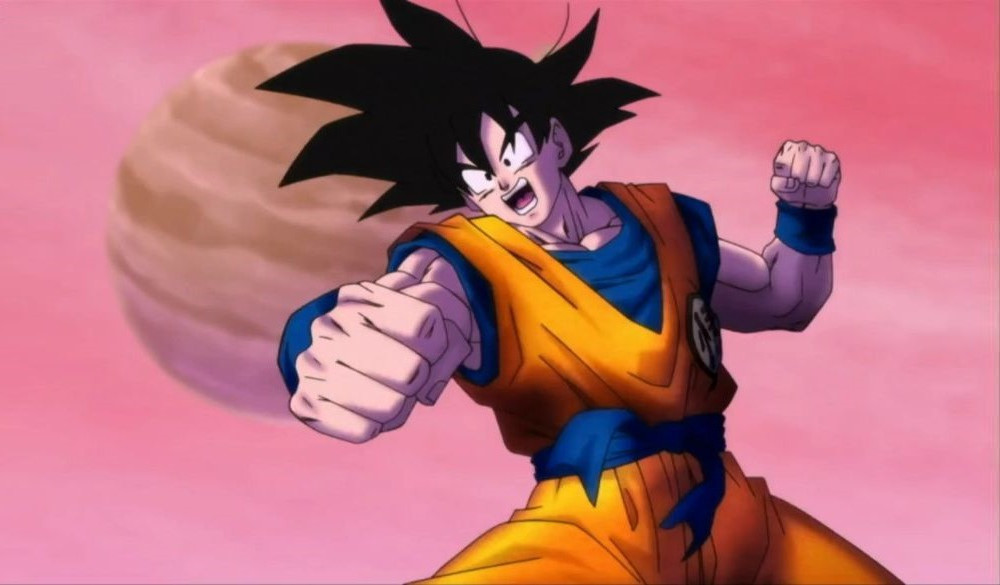 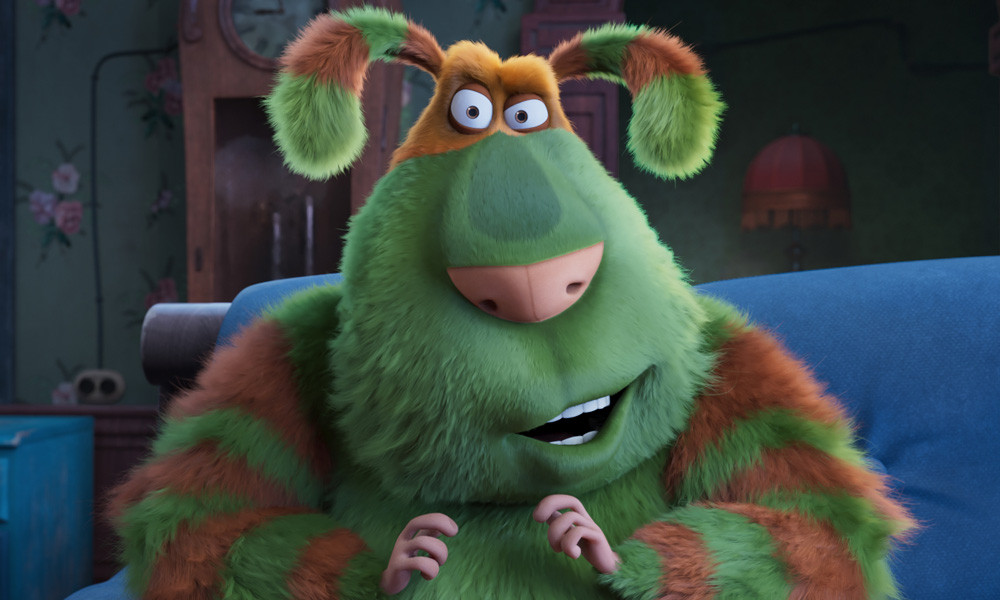 Finnick. A young girl forms a special bond with the magical creature (a Finn) that lives in her house and together they set out to solve a strange mystery in their town. Directed by Denis Chernov (Teddy Boom, Kikoriki), from a script by Neil Landau (Tad the Lost Explorer). Riki Group 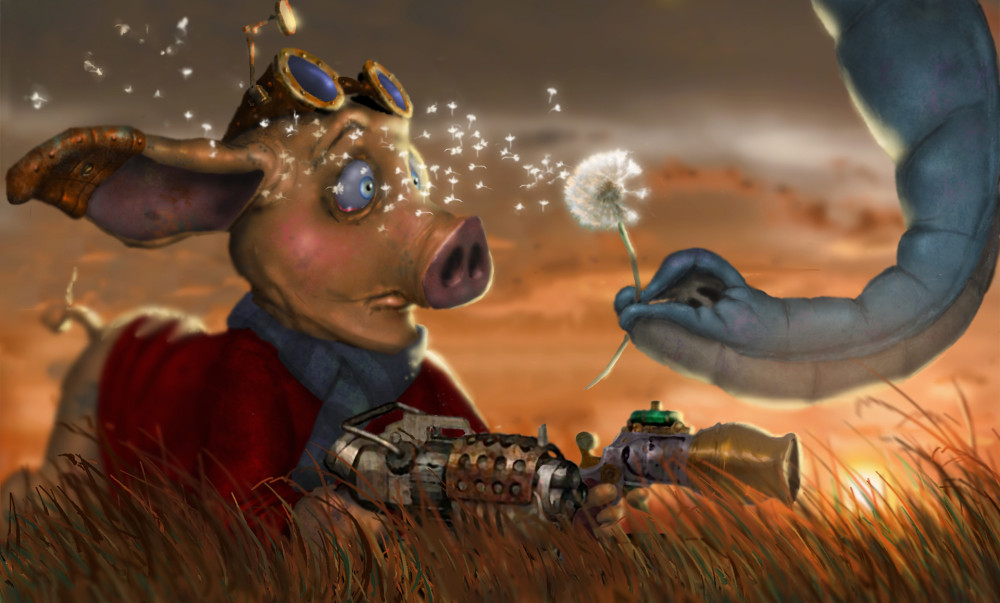 Hitpig. Lilly Singh, Rainn Wilson, Peter Dinklage and RuPaul are all part of the colorful voice cast of this new feature about a grizzled porcine bounty hunter and the naïve elephant who find themselves on an unexpected road trip across America. Created by Berkeley Breathed (Bloom County) and directed by Cinzia Angelini and David Feiss. Aniventure/Cinesite 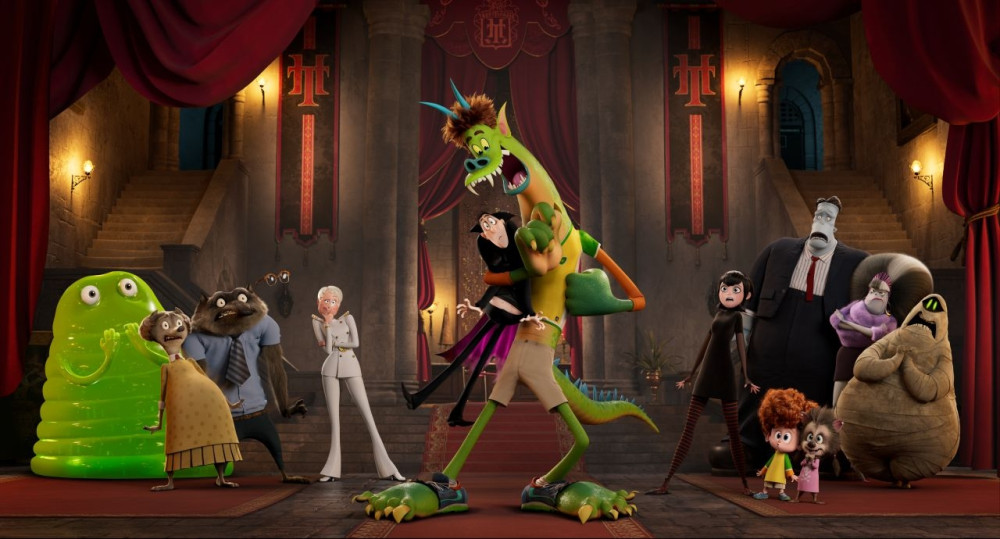 How Do You Live? Hayao Miyazaki’s much-anticipated film is based on the 1937 novel written by Yoshino Genzaburo. It follows a 15-year-old boy named Junichi Honda (nicknamed Koperu) and his uncle as the youth deals with spiritual growth, poverty and the highs and lows of the human experience. (Originally slated for 2022, chances are it will move to 2023.) Studio Ghibli

The Ice Age Adventures of Buck Wild. The fearless one-eyed weasel Buck teams up with the mischievous possum brothers Crash and Eddie on a prehistoric mission to save the Lost Wrold from dinosaur domination. Directed by John C. Donkin and penned by Ray DeLaurentis and William Schifrin. 20th Century/Disney+; Jan. 28 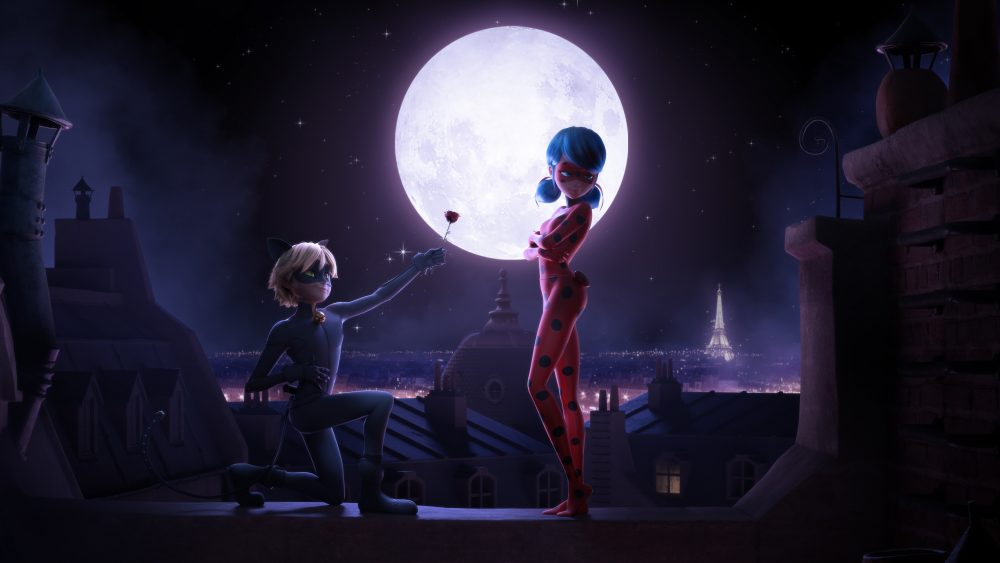 Ladybug & Cat Noir: Awakening. This feature version of the popular animated series centers on the origins of the main characters, their lives in Paris and the mysterious villain Hawkmoth. Written and directed by Jeremy Zag. ZAG/ON Kids & Family/Fantawild 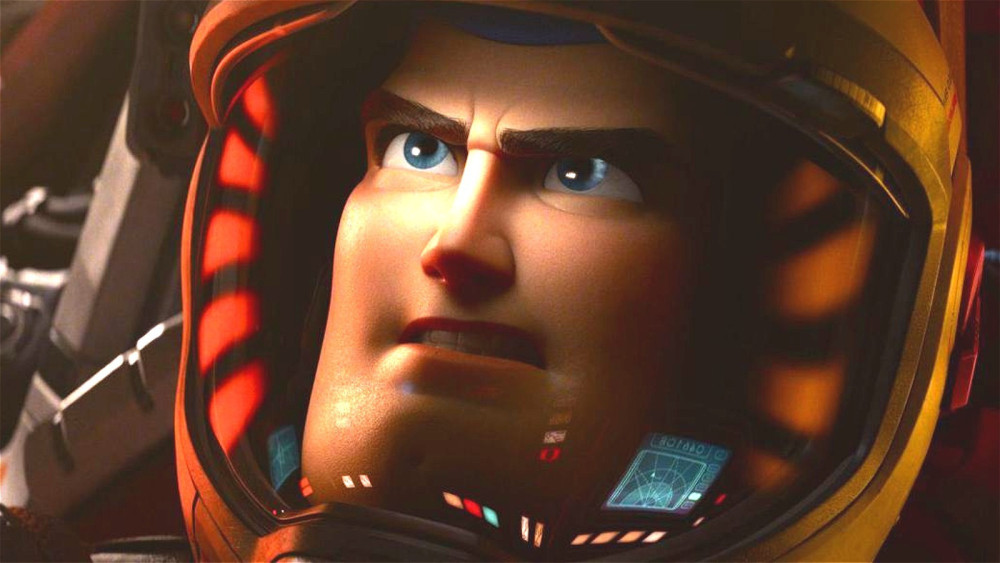 Lightyear. This eagerly anticipated spinoff of the Toy Story franchise centers on the origins of Buzz Lightyear (voiced by Chris Evans) and the early days of the test pilot who inspired the toy. Directed by Angus MacLane (who co-directed Finding Dory and has worked on every Pixar movie since A Bug’s Life) and produced by Galyn Susman. Disney/Pixar; June 17 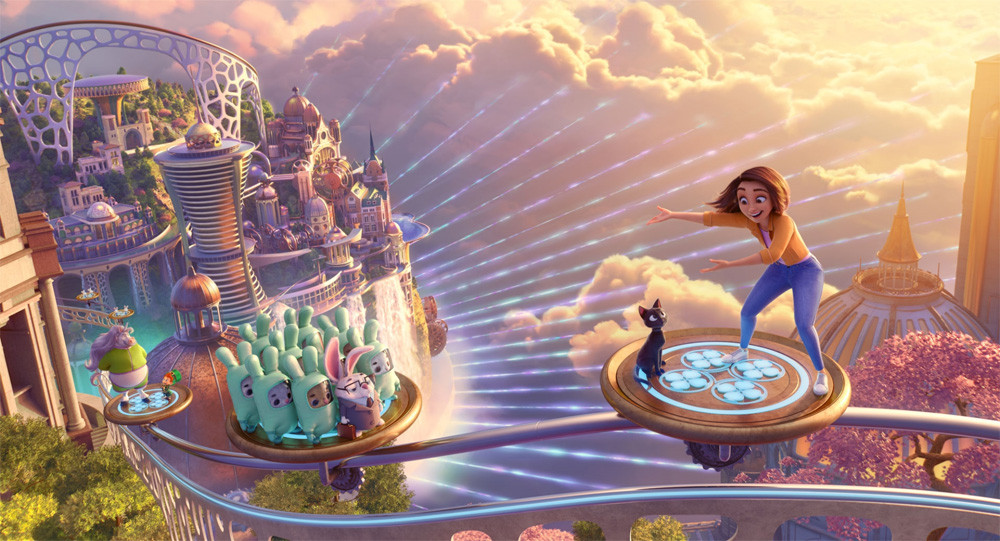 Luck. Directed by Peggy Holmes (The Little Mermaid: Ariel’s Beginning, Secret of the Wings, The Pirate Fairy), Skydance Animation’s first feature follows the adventures of an unlucky girl who stumbles upon the mysterious world of good and bad luck and teams up with magical creatures to uncover a force more powerful than fortune itself. With Jane Fonda and Whoopie Goldberg. Apple Original Films/Skydance Animation; Feb. 18

Lyle, Lyle, Crocodile. This hybrid adaptation of Bernard Waber’s 1960s children’s classic is directed and produced by Will Speck and Josh Gordon (Distant, Hit-Monkey) with a script by Will Davies (How to Train Your Dragon) and original songs by Benji Pasek and Justin Pal (La La Land). The story centers on a city-dwelling crocodile who lives in an old Victorian mansion with the Primm family. With Javier Barden, Constance Wu and Winslow Fegley. Columbia/Sony; Nov. 18 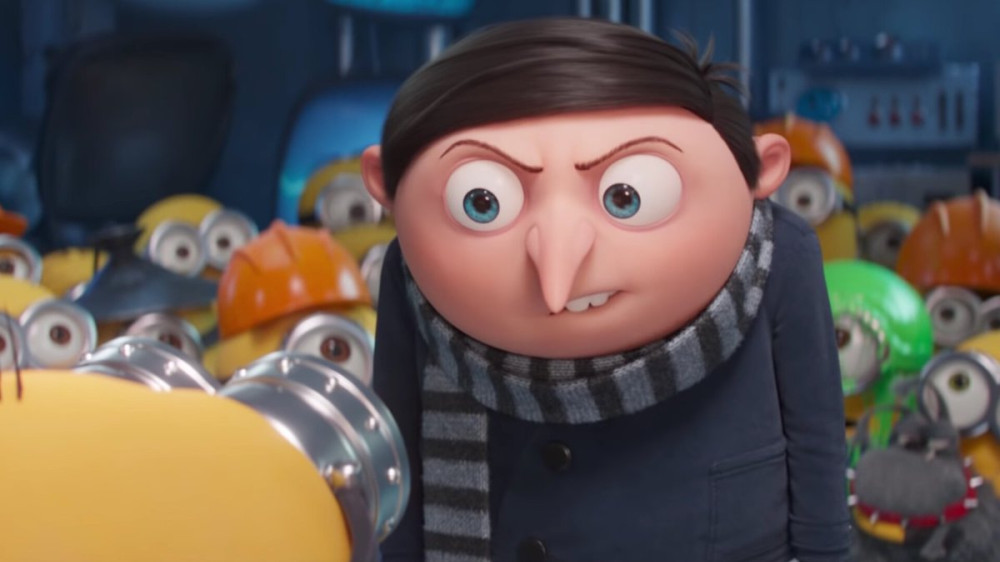 Minions: The Rise of Gru. Originally planned for 2020, this prequel centers on the origins of the evil mastermind Gru (Steve Carell) and is directed by Kyla Balda and co-directors Brad Ableson and Jonathan del Val. With the voices of Jean-Claude Van Damme, Taraji P. Henson, Danny Trejo, Lucy Lawless, Michelle Yeoh and Russell Brand. Universal/Illumination; July 1

My Father’s Dragon. Directed by Cartoon Saloon’s Nora Twomey (The Breadwinner), this 2D adaptation of the celebrated 1948 novel by Ruth Stiles Gannett centers on a young boy named Elmer Elevator who runs away to Wild Island to rescue a baby dragon. Pixar alum Meg LeFauve (Inside Out, The Good Dinosaur) is the screenwriter. Tomm Moore, Bonnie Curtis and Julie Lynn are listed as producers. Netflix/Cartoon Saloon 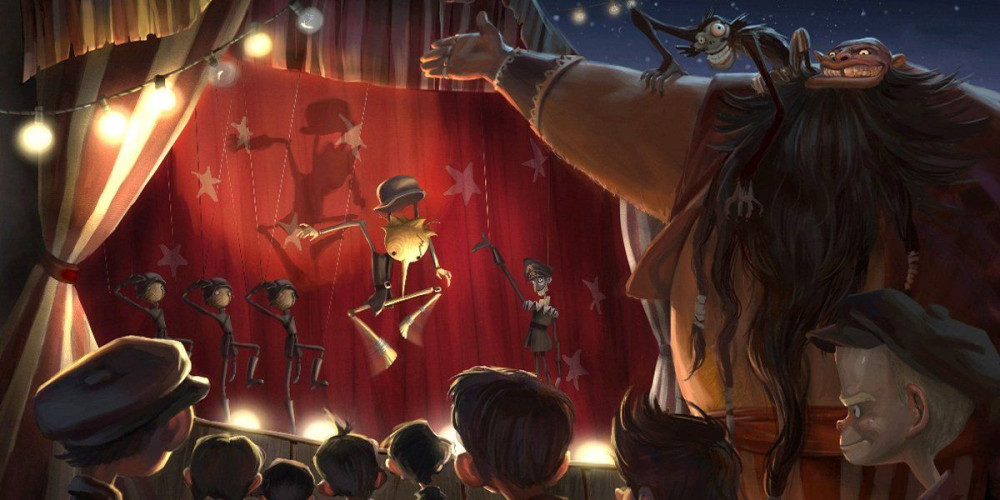 Puss in Boots: The Last Wish. The beloved and heroic feline (Antonio Banderas) is back in this new adventure which finds him reunited with Kitty Softpaws (Salma Hayek) as he sets out on an epic journey to find the mystical Last Wish to get one more life. Pic is directed by Joel Crawford (The Croods: A New Age) and produced by Mark Swift (Megamind, Madagascar 2 & 3, Captain Underpants). DreamWorks/Universal

Rise of the Teenage Mutant Ninja Turtles: The Movie. When a mysterious stranger arrives from the future with a dire warning, Leo (voiced by Ben Schwartz) is forced to rise and lead his brothers (Omar Benson Miller, Brandon Mychal Smith, Josh Brener) in a fight to save the world from a terrifying alien species … the Krang. Movie takes place after the events of the series’ season two finale. With Eric Bauza as Splinter. Directed by Andy Suriano and Ant Ward.  Paramount Animation/Netflix 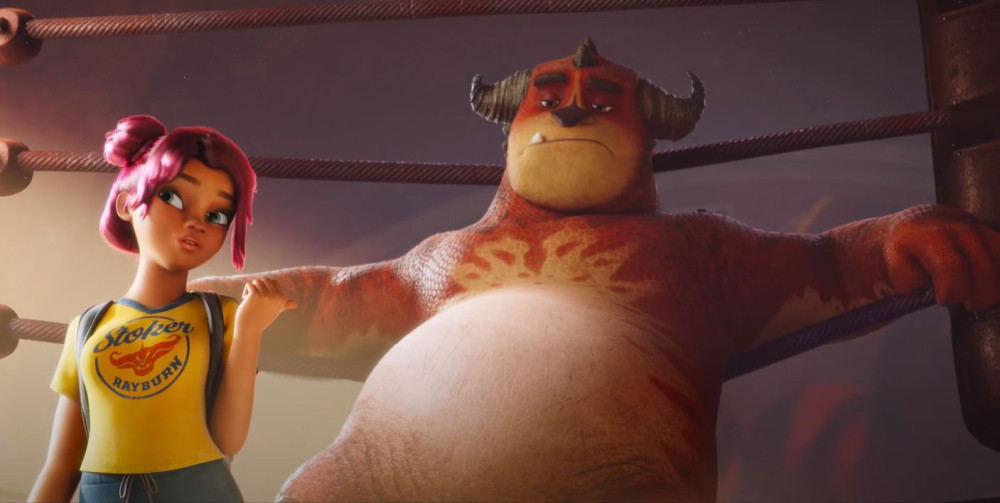 Rumble. Directed by Hamish Grieve (head of story on Rise of the Guardians), this repeatedly delayed title is set in a world where monster wrestling is a global sport and follows teen Winnie as she seeks to follow in her dad’s footsteps by coaching a lovable monster. Matt Lieberman (Scoob! The Addams Family) wrote the script. Will Arnett, Ben Schwartz, Geraldine Viswanathan, Terry Crews and Becky Lynch are part of the voice cast. Paramount/Reel FX; Premiered on Dec. 15 2021 on Paramount +.

The Sea Beast. Oscar-winning director Chris Williams (Big Hero 6, Moana, Bolt) wrote and helms this family feature about a legendary sea monster hunter whose life is turned upside down when a young girl stows away on his ship and befriends the most dangerous beast of them all. Netflix; Summer 2022 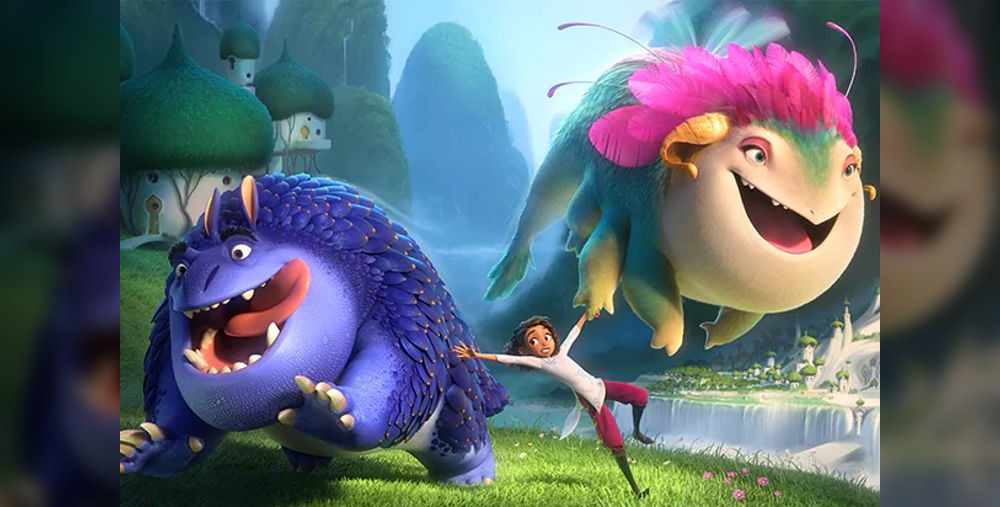 Spellbound. A teenager named Elian comes of age using her magical powers to defend her family when the opposing forces of light and darkness threaten to divide her kingdom. Directed by Vicky Jenson (Shrek, Shark Tale), with a script by Lauren Hynek & Elizabeth Martin (Mulan) and Linda Woolverton (Beauty and the Beast, The Lion King). Features songs by multi-Oscar-winner Alan Menken (the Little Mermaid, Beauty and the Beast) and Glenn Slater (Tangled). Apple Original Films/Skydance Animation; Nov. 11

The the Lost Explorer and the Mummy’s Curse (concept art)

Tad the Lost Explorer and the Mummy’s Curse (Tadeo Jones 3: La Maldición de la Momia).  Longing to be taken seriously by his archeologist colleagues, Tad creates more chaos when he accidentally destroys a sarcophagus and unleashes an ancient evil. To stop the curse, Tad and Sara set off on a globetrotting adventure. Director Enrique Gato returns to helm the third installment in the popular Indiana Jones parody franchise from Spain. Ikiru/Anangu/Lightbox Ent./Telecinco 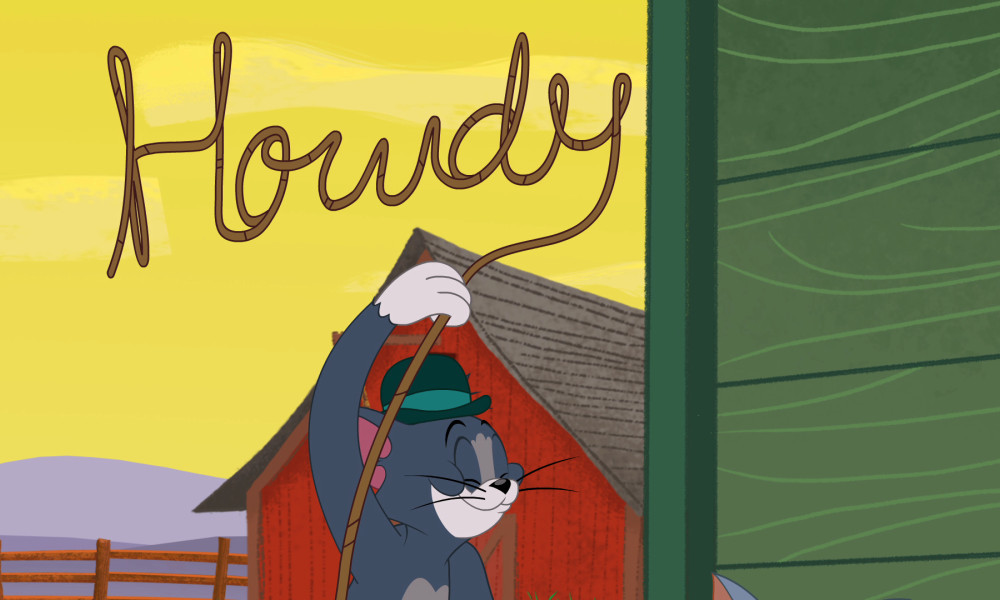 Tom and Jerry Cowboy Up. Hanna-Barbera’s famous cat and mouse duo team up with Jerry’s nephews to help a cowgirl and her brother save their homestead from a greedy land-grabber.  Written and produced  by Darrel Van Citters (Tom and Jerry in New York). Warner Bros. Animation/Renegade Animation; Jan. 25 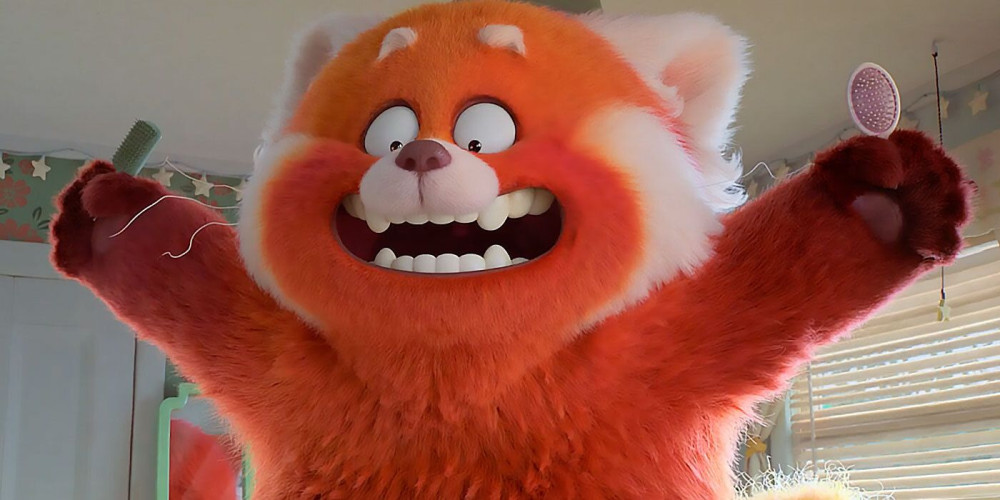 Turning Red. Written and directed by Domee Shi, who won an Oscar for her short Bao, this comedy-fantasy is about a 13-year-old girl who turns into a giant red panda whenever she gets too excited. With the voices of Sandra Oh and Rosalie Chiang. Produced by Lindsey Collins. Disney/Pixar; March 11

Wendell and Wild. This imaginative stop-motion movie centers on two demon brothers (Jordan Peele and Keegan-Michael Key) who face off against a nun and a couple of goth teens. Directed by stop-motion master Henry Selick (Coraline, The Nightmare Before Christmas), written by Peele, Key, Selick and Clay McLeod Chapman, produced by Selick, Peele and Ellen Goldsmith-Vein. Netflix/Monkeypaw/Gotham Group

Under the Boardwalk (concept Art)

Under the Boardwalk. This musical comedy follows the hermit crabs who live under the boardwalk at the Jersey Shore. When land crab Armen falls in love with Ramona, a sea crab tourist, tensions between their friends and families rise. David Soren (Turbo, Captain Underpants) directs this family movie, written by Lorene Scafaria (Hustlers) and produced by David Dobkin (Wedding Crashers). With production design by Shannon Jefferies and Chris Zibach. Paramount Animation/DNEG; July 22 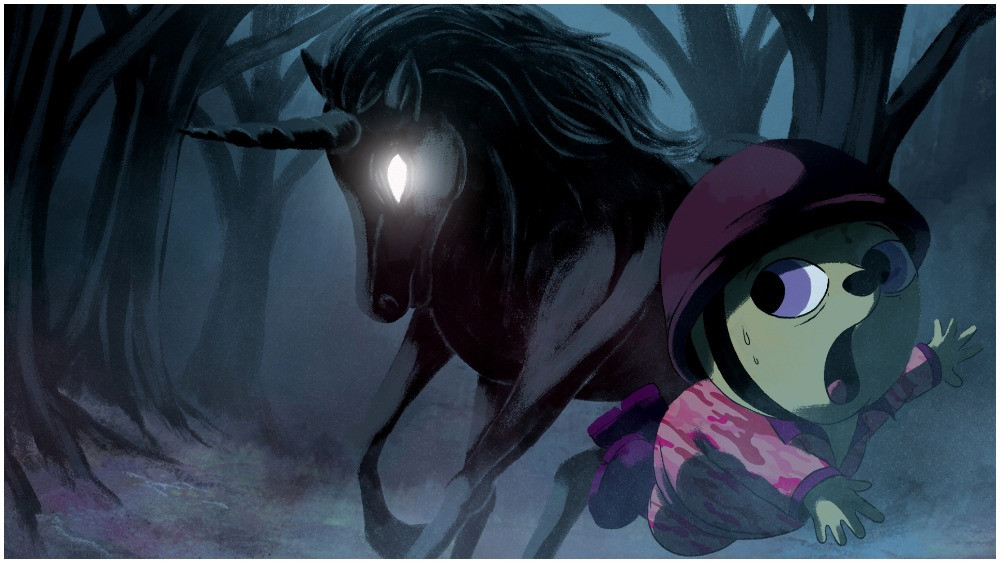 Unicorn Wars. Acclaimed Spanish comic-book artist and helmer Alberto Vázquez is back with this fantastic tale set against a prophesied apocalyptic war between religious zealot teddy bears and pragmatic, environmentalist unicorns who have fought each other for a very long time. Produced by Nicolas Schmerkin, Ivan Minambres and Chelo Loureiro. Uniko/Abano/Autour de Minuit/Schmuby Productions; June 2022 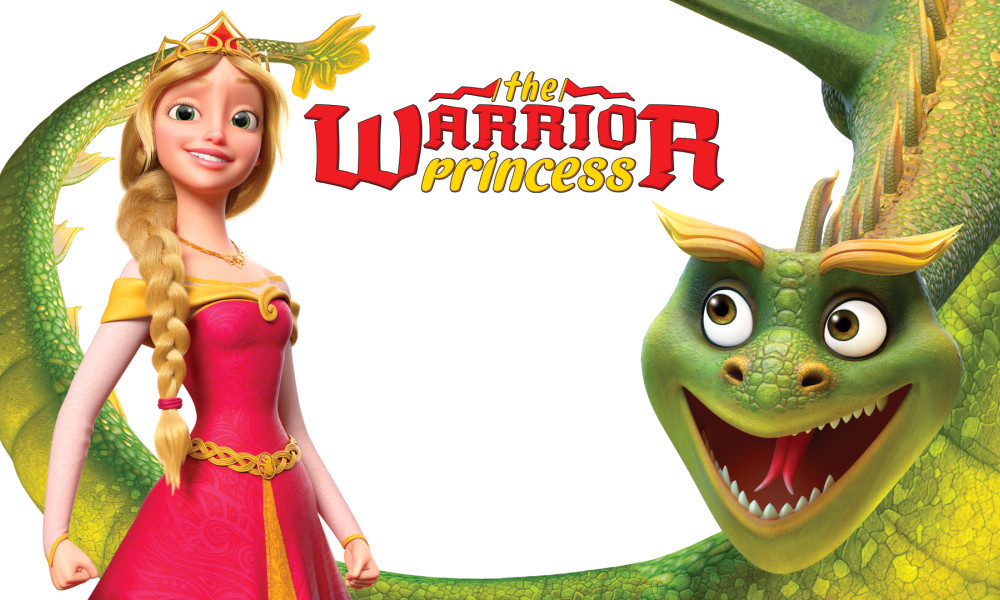 The Warrior Princess.  This fresh, unconventional take on the classic princess story centers on an independent princess Mila who is not afraid of breaking with traditions to be reunited with her lost love Ronan. Directed by Aleksey Zamyslov and produced by Vladimir Nikolaev. Wizart Animation