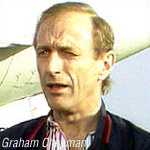 Members of Monty Python are reuniting to provide voices for a new 3D animated feature called A Liar’s Autobiography, based on the memoir of former Monty Python member the late Graham Chapman.

The film is in production, according to EPIX, a premium entertainment channel, video on demand and online service. The film is being made in association with  Bill and Ben Productions Ltd., Trinity (U.K.) and Brainstorm Media.

The movie tells the story of Chapman’s life in the famously atypical Python style. The film’s world television premiere will be in both 2D and 3D on EPIX and EpixHD.com in the spring of 2012 and released theatrically in the U.K. by London-based Trinity.

A Liar’s Autobiography will feature recordings of Chapman that he made of his book in 1982. Chapman died in 1989.

“This innovative and modern take on Chapman’s comic genius is an exciting event, and EPIX is thrilled to premiere A Liar’s Autobiography in the United States,” said EPIX president and CEO Mark Greenberg. 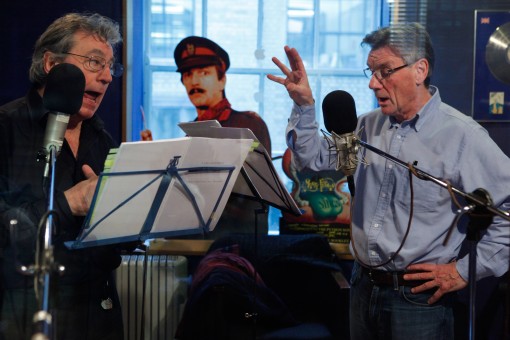 “I had no idea until recently that Graham Chapman is in fact dead — I thought he was just being lazy,” said Monty Python’s Terry Jones. “However, I am now delighted to find myself working with him again on this exciting project.”

The feature is being produced and directed with that trademark Python humor by Bill Jones, Ben Timlett and Jeff Simpson of London-based Bill and Ben Productions, responsible for Who Killed Nancy, Rebel Truce – The History of the Clash, Chemical Wedding and Monty Python — Almost the Truth: The Lawyers Cut.

“We’ve been working closely with the Chapman estate and the Pythons to make sure we get this exactly right,” said co-director Simpson. “Graham would be delighted that his work is being re-imagined in glorious 3D. He always loved wearing silly glasses.”

The British comedy group Monty Python is best known for their television comedy sketch show Monty Python’s Flying Circus, which first aired on BBC in 1969. The series was created, written, and performed by Graham Chapman, John Cleese, Terry Gilliam, Eric Idle, Terry Jones, and Michael Palin. The troupe brought their comedy to the big screen with the feature films And Now for Something Completely Different (1971), Monty Python and the Holy Grail (1975), Monty Python’s Life of Brian (1979), and Monty Python’s The Meaning of Life (1983).