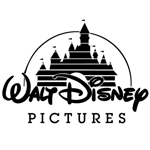 Disney has been juggling release dates and the music has stopped with the animated features Reboot Ralph and Monsters University swapping dates.

Little is known about Reboot Ralph beyond that it features an outdated video game character and will be released in 3D. It was previously known as Joe Jump.

Monsters University is, of course, the prequel to Pixar’s 2001 hit Monsters, Inc., and is being directed by Dan Scanlon and will feature the voices of John Goodman and Billy Crystal.

Disney execs told the trade the move was made because progress has been good on Ralph and a bit slower than expected with Monsters University.