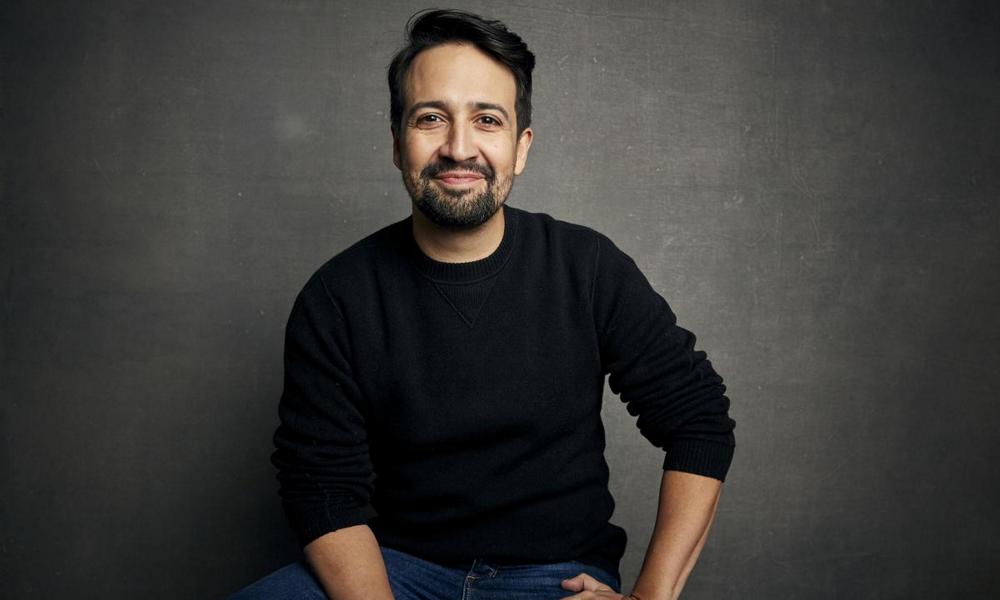 Broadway hitmaker Lin-Manuel Miranda (In the Heights) appeared via video chat on Monday’s episode of Good Morning America (ABC) to discuss the filming and streaming launch of his multi-Tony-winning sensation Hamilton on Disney+ and how he and his family are keeping busy during COVID-19 lockdown.

The multitalented entertainer even revealed a new, hush-hush musical animated feature project in the works with Disney. Miranda wrote original songs for the studio’s 2016 hit Moana — including the Oscar-nominated, Grammy-winning tune “How Far I’ll Go.”

“The other thing I’m working on, I’m actually writing a new animated musical with Disney Animation,” Miranda told hosts Michael Strahan, Amy Robach and George Stephanopoulos. “I’m collaborating with the Zootopia guys and Jared Bush, who wrote Moana with me.”

“It’s set in Colombia, in Latin America — and that’s all I can say before Bob Iger just shows up in my apartment,” he added, referring to the Walt Disney Co. executive chairman.

The untitled project joins Miranda’s busy slate, which also includes songwriting for Sony Pictures Animation’s Vivo — a CG musical comedy which follows a capuchin monkey with a thirst for adventure and a passage for music, who makes the treacherous journey from Havana to Miami to fulfill his destiny. Kirk DeMicco (The Croods) is directing the pic, which is slated for release June 4, 2021.

The filmed production of Hamilton bows on Disney+ July 3.