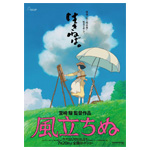 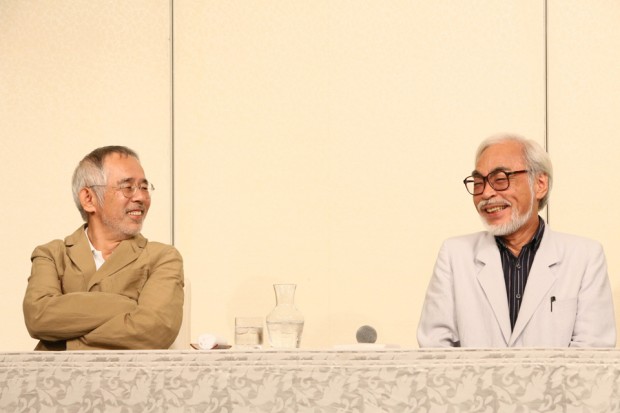 The Japanese master’s final feature, The Wind Rises, is a beautiful, mature work of art as well as a deeply personal one.

Hayao Miyazaki’s The Wind Rises has enjoyed exceptional critical and financial success. It was the No. 1 box office hit in Japan in 2013, earning more than ¥1 billion (over $10 million)—the first film to do so since Miyazaki’s Ponyo five years earlier. USA Today critic Claudia Puig said, “The film, like the wind it references, has wonderfully soaring sequences.” Kenneth Turan wrote in The Los Angeles Times, “To see The Wind Rises is to simultaneously marvel at the work of a master and regret that this film is likely his last.”

Wind Rises is also one of Miyazaki’s most personal films, incorporating childhood memories and favorite themes. Yet he had to be talked into making it by producer Toshio Suzuki. Miyazaki’s long-time friend and collaborator, Suzuki discussed the film in a recent telephone interview from Studio Ghibli, assisted by translator Rieko Izutsu-Vajirasarn.

“The Wind Rises began as a manga Miyazaki was drawing for a miniature models magazine. It was just a hobby; he had no intention of making it into a movie,” Suzuki explained. “I knew that he wasn’t interested in making it into a movie, but I thought that he should create a film about something he loves. The first time I suggested he turn The Wind Rises manga into a movie was in August, 2010—and he got really upset with me. I tried to persuade him many times, and each time, he would get mad at me. But in October, Miyazaki finally said, ‘OK, I’ll see if we can make it into a movie.'”

For the film’s scenario, Miyazaki looked not only to the life of Jiro Horikoshi, the designer of the WW II A6M Zero Fighter, but to The Wind Has Risen, Tatsuo Hori’s melancholy novel about a writer and his tubercular fiancée at a mountain sanatorium. The novel, which takes its title from a line by Paul Valéry, “Le vent se leve, il faut tenter de vivre” (“The wind rises, one must strive to live”), recalls Thomas Mann’s Magic Mountain (which Miyazaki also references). After two months of thinking, writing and drawing, Miyazaki created not one, but two scenarios.

“I’ll never forget, it was on December 18, Miyazaki brought in two film ideas. Plan A was a story about the protagonist Jiro Horikoshi and Italian engineer/designer Baron Caproni; Plan B, a love story between Jiro and Naoko,” Suzuki continues. “Miyazaki brought these two ideas to me and said, ‘Which one do you think would be a good movie?’ I suggested combining them, and 10 days later, he came back with Plan AB, the merger movie.”

Creating The Wind Rises required both director and producer to draw on deeply moving personal memories. Suzuki, who began his career as a journalist, has written about the emotional impact of a series of interviews he did with pilots who had been assigned to kamikaze missions, but whose lives were spared because the War ended before they were sent on suicide raids. His recollections of those conversations led him to continue pressuring Miyazaki to make the film.

The visions of destruction Jiro and Caproni acknowledge their beautiful planes will cause, echo the devastation wrought by the monstrous God Warrior in Nausicaä of the Valley of the Wind and the fiery ruin the wizard unleashes in Howl’s Moving Castle.

“Miyazaki was born in 1941, which means he was four years old when WW II ended. He was a resident of Tokyo, which was subject to repeated air raids and bombings. Miyazaki’s earliest memory, from when he was four years old, is of a city burning after an air raid: That’s why these scenes recur in his work.” — Toshio Suzuki, producer, The Wind Rises

“Miyazaki was born in 1941, which means he was four years old when WW II ended. He was a resident of Tokyo, which was subject to repeated air raids and bombings. Miyazaki’s earliest memory, from when he was four years old, is of a city burning after an air raid: That’s why these scenes recur in his work,” Suzuki adds reflectively. “Our generation is the last to have been scarred by the War, so in our daily talks, we often discussed the Pacific War.”

As he worked on The Wind Rises, Miyazaki found himself in a curious position: A pacifist who despises war and participated in anti-war protests as a high school student, but who loves fighter planes. The director realized that the contradictions he discovered within himself were shared by many others who lived through the War. They loved beautifully designed machines, but hated the wars they were used in. He felt it was an identity issue many Japanese face, so the movie would raise questions they could relate to.

Jiro Horikoshi experienced similarly contradictory feelings, and one sequence of Wind Rises shows his fellow-engineers hiding him from the Kempeitai, the dreaded secret police deployed by the militaristic Japanese regime during the ’30s and ’40s.

“When Miyazaki thought about the Pacific War, he knew there were people who were opposed to Japan going to war,” Suzuki says. “But people who raised their voice in protest were thrown into jail. Jiro’s life represented what a lot of Japanese people had to do under those circumstances: put their best effort into what they did best, even though they might not like it. Jiro’s calling happened to be creating fighter planes.”

“On March 11, 2011, we had a major earthquake in Japan, creating a situation that echoes the times depicted in The Wind Rises. Miyazaki thought what the Japanese people experienced in the recent earthquake recalled how the Zero Fighter plane helped to bring their country to ruin. He thought audiences in Japan could understand and share the desperation and disappointment Jiro felt.”

Some viewers misunderstood Miyazaki’s evocation of Horikoshi’s life, and he was unfairly criticized as a right-wing nationalist. The controversy expanded when Miyazaki, Suzuki and director Isao Takahata published essays in the July issue of the Ghibli magazine Neppu declaring their opposition to Prime Minister Shinzo Abe’s efforts to change Japan’s “peace constitution.” The issue quickly sold out and the essays were posted online by popular demand. Suzuki concludes, “Miyazaki never thought that he should turn his personal thoughts into a commercial movie, but I think The Wind Rises touched his most sensitive feelings.”

The Wind Rises received an Oscar-qualifying run in New York and Los Angeles in November. Disney will release the U.S. version of the film in theaters on February 21, 2014.