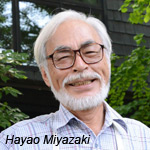 Beloved animation icon Hayao Miyazaki talked about the sources of inspiration for his new movie Kaze Tachinu (The Wind Rises) and important issues facing today’s young people in an insightful new interview with Japan Times this week. The pic, which will be released in Japan this Saturday, centers on the lives of Jiro Horikoshi, designer of Japan’s legendary Zero fighter plane, and mid-20th-century writer Tatsuo Hori. The title of the movie echoes of Hori’s most celebrated novels, his 1937 work about a woman’s struggle with tuberculosis. He said it was a main source of inspiration for the movie.

“I’ve been producing animated movies for the sake of children, so I wondered if I should make a film about a man who developed weapons,” says Miyazaki in the interview.”But whatever anyone does, nobody can cause no harm for their whole lives. It’s wrong to label people as wrongdoers because they produced weapons. It was wrong from the beginning to go to war, but as the Japanese opted for war, it’s useless to blame Jiro for it. Basically, engineers are neutral. For instance, automobiles can help people, but they can also hit them.”

In the interview, Miyazaki fondly remembers a young Chinese student who came to Studio Ghibli during the production of the new film.

“He was forward-looking and motivated and I thought young Japanese used to be like him,” Miyazaki says. “I could by no means link him” to the dispute over the Senkaku Islands. “Japan should make friends with China,” he added.

Miyazaki also points out that many of the environmental issues that were reflected in his 1989 movie Nausicaa of the Valley of the Wind have now become part of the sad reality of our lives today.

“Conflicts and environmental destruction have been occurring in various parts of the globe and as a result, wider areas of the world are lacking elements deemed necessary for a state to function,” he said. “Populations have been exploding, prompting people to engage in a race to capture more of the Earth’s remaining natural resources. What people are facing now is what follows mass-production society. That is the consequence I predicted while making Nausicaa.”

However, the Oscar-winning director doesn’t believe in shunning optimism.

“Various things happened in the era of Jiro’s life, but people continued to live,” he said. “Now earthquakes have occurred and nuclear power generation continues, raising questions about how we should live. But we shouldn’t be disheartened because all we need to do is to love others, eat and live by taking good care of children. The new generation, in turn, will need new works to speak to their imaginations based on the difficulties they face, They must create fantasies from what they actually see.”

Here is a trailer for Miyazaki’s new movie, which doesn’t have a U.S. distributor at the moment: 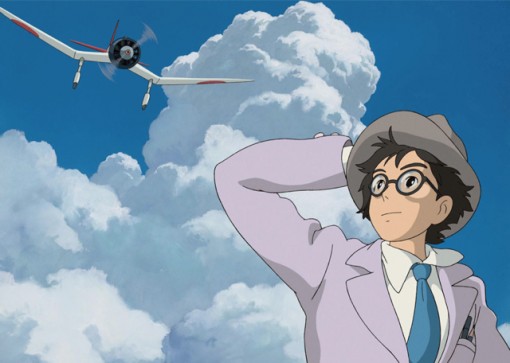 You may also like...
Related Topics:Hayao Miyazaki, Jiro Horikoshi, Kaze Tachinu (The Wind Rises), Nausicaa of the Valley of the Wind, Studio Ghibli, Tatsuo Hori