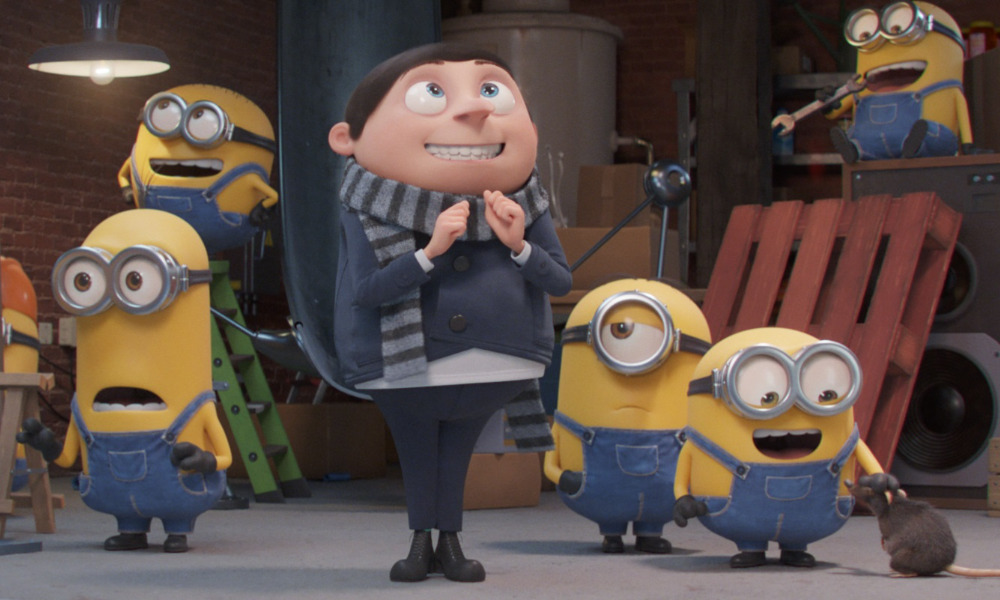 Illumination and Universal Picture’s fan-favorite fiends have accomplished another milestone! Minions: The Rise of Gru has become the first animated feature to lure enough families back into theaters to reach a global box office of $300.9 million since Frozen II debuted in November 2019, and the COVID-19 pandemic shut down theaters in early 2020.

The film closed out its fourth weekend with an $18M domestic take (-33%), adding another $2.75M across 3,816 theaters on Monday. The Rise of Gru is now the third Universal-Illumination animated feature to reach $300M within four weeks Stateside, following Despicable Me 2 (2013) and The Secret Life of Pets (2016).

Over its 25 days of release, The Rise of Gru has outpaced the first Minions pic (2015) by 4% over the same time period. The previous prequel to the Despicable Me franchise went on to gross $336M in North America. Despite lingering pandemic concerns, Gru is about on track with Despicable Me 2, the franchise’s most successful title with a $368M domestic box office.

Overall, the five-film series has raked in a global cumulative box office of $4.36 billion dollars, making it the highest-grossing animated feature franchise, as well as $6 billion in retail for NBCUniversal. In February, Universal slated Despicable Me 4 for release on July 3, 2024.

Minions: The Rise of Gru is directed by Kyle Balda, written by Brad Ableson & Jonathan del Val and produced by Illumination founder Chris Meledandri, Janet Healy and Chris Renaud. The film relates the untold story of how 12-year-old Gru, a huge fan of the supervillain supergroup the Vicious 6, hatches a plan to become evil enough to join them — with the help of a few yellow-skinned, overalls-wearing masters of mayhem.